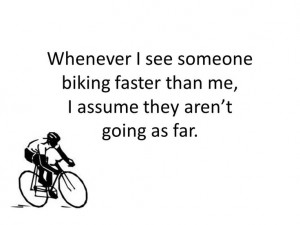 The oversimplified, Coles Notes version… muscles use glucose as energy in two ways, aerobically with oxygen and anaerobically without oxygen. Both aerobic and anaerobic produce energy stores called ATP which is used to make your muscles contract, heart pump and other physiological process to keep us alive.

Advantages of Aerobic vs Anaerobic

Aerobic ATP and Anaerobic ATP are produced in different ways, what you need to know is that aerobic ATP is produced slower, but can be produced for much longer and results in more ATP production.

Disadvantages of Aerobic vs Anaerobic

Misconception about Aerobic vs Anaerobic

Everyone seems to think that you change from aerobic to anaerobic at the flip of a switch, as if there is this imaginary point of exertion that you have to hover below so you do not go anaerobic. This simply is not true. Aerobic vs Anaerobic is better thought of as a light dimmer than a light toggle switch.

What I am suggesting is that both of these energy sources are being utilized at the same time and at almost any level of effort.

So why do you care?

Everyone talks about the anaerobic threshold and trying to stay under it, there is a big fear that if they go over it bad things happen (in endurance events – sprinters don’t care). Going “anaerobic” results in lactate forming in your blood stream, it is that painful burn in your legs that makes you want to slow down. Your anaerobic threshold is the point where you can clear the lactate from your blood stream just as fast as you can produce it. 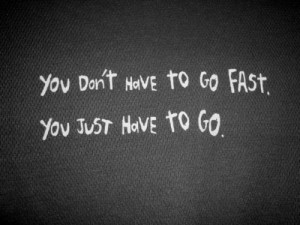 More importantly, your anaerobic system can only use carbohydrates to produce ATP and your body can only store approximately 2000 carb calories. The downside here is that you are able to burn through most of that in 2 hours of hard exercise, and you are only able to digest about 400 calories an hour so… for endurance events it is essential to utilize as little of the precious carbohydrate as fuel as possible while still maintaining a high speed. By using your aerobic system you are able to burn fat as an energy source.

You have enough fat stores to go for a couple days without refueling, even if you are lean. This does not mean that you can hop on a bike and ride for a couple days, because no matter how slow you go you are still using some anaerobic energy and burning carbohydrate.

Also, I always thought that sprinting up a short steep climb was not that big of a deal during a endurance event… it turns out it is up to 17 times more inefficient! Save that precious energy. (I sometimes did this to “wake” everything up… dumb)

All the little things matter!