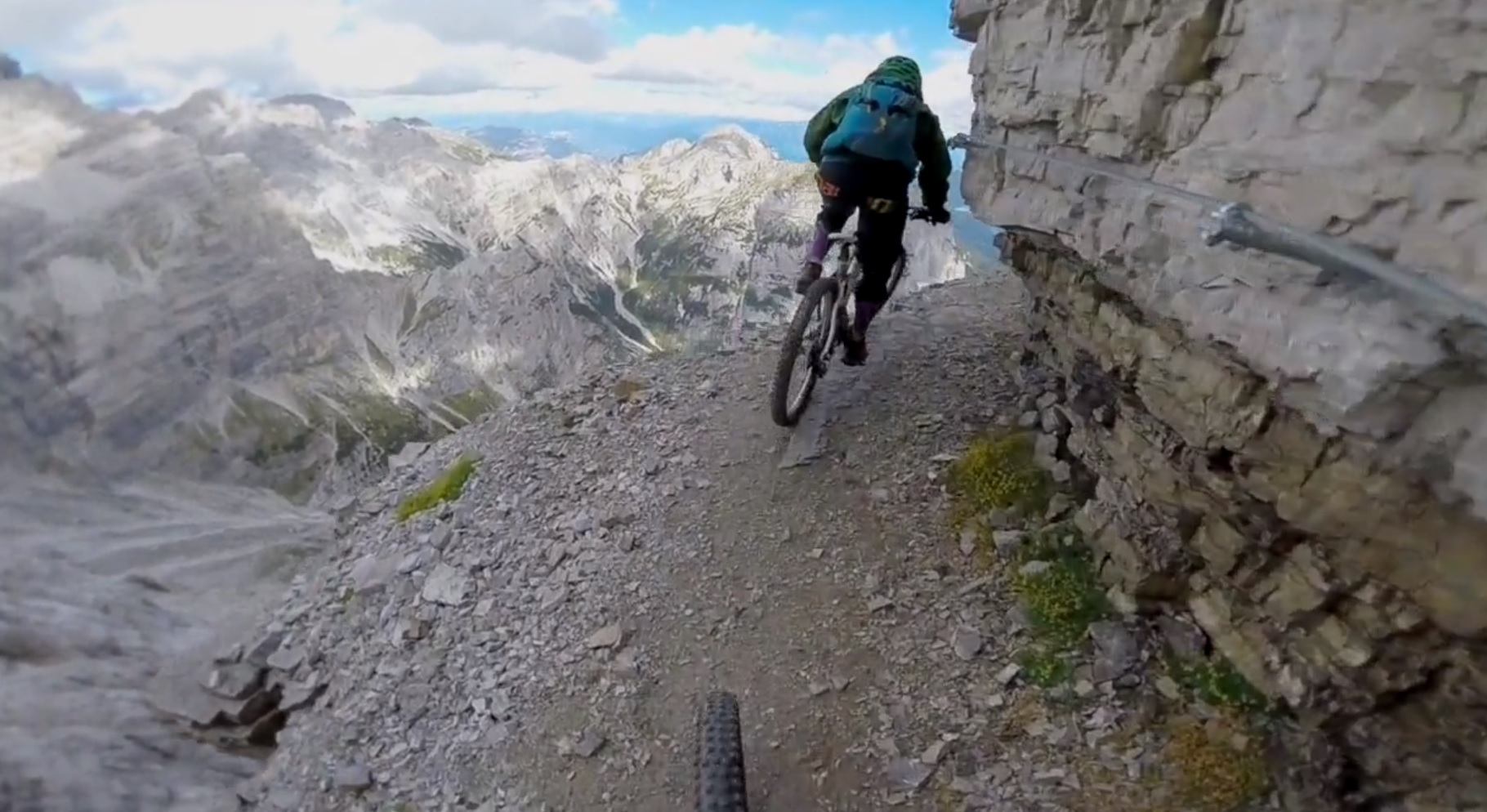 Some trails are beginner rated where they’re pretty smooth with few obstacles. Others are so rocky and technical that only an expert could ride. Riding a Via Ferrata is neither of those. They will have some challenging aspects but the real difficulty is getting over the fact that if you fall, you’re dead. A Via Ferrata is a climbing or hiking route along a cliff face that is protected with a steel cable. You can find them all over the world particularly in the Alps while fewer reside in the US, potentially because of liability issues. This ride takes place in the Brenta Dolomites where over 90% of the downhill sections were ridden. This is probably a hike/climb much better experienced on foot than by bike. However it makes for a pretty incredible video. Enjoy below. 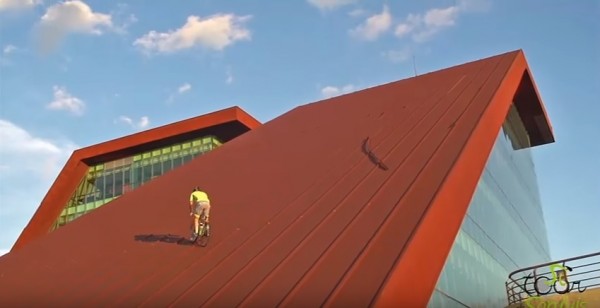 While the pro peloton was riding in the Tour de San Luis in Argentina, so was Vittorio Brumotti; except up the roof of a building, naturally. I wonder what spectacles he will be doing at other upcoming big races? 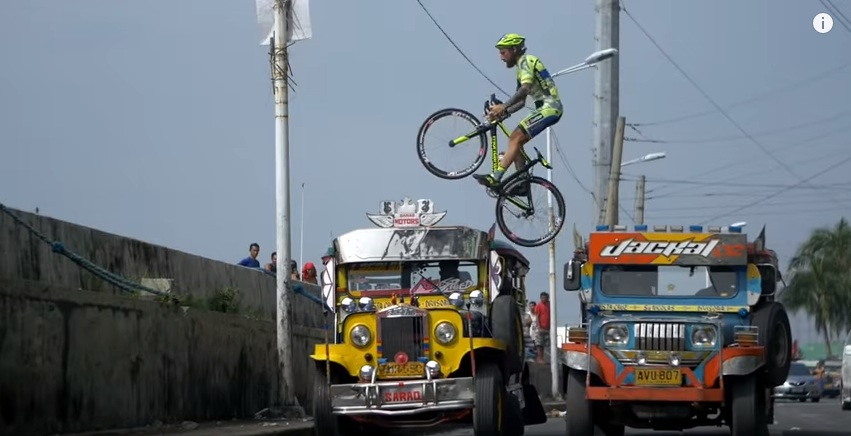 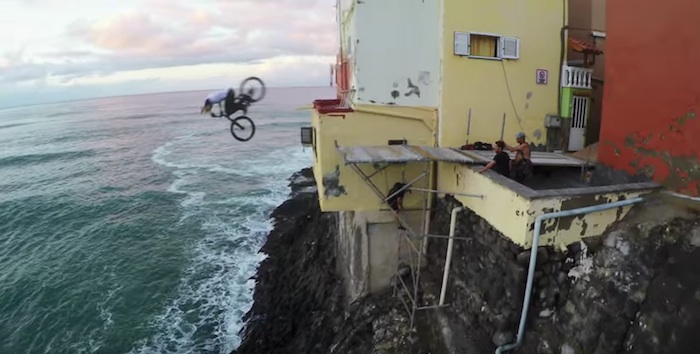 Just running through some of the best mountain bike tricks over the years and came upon this. My favourite is at 1:56. 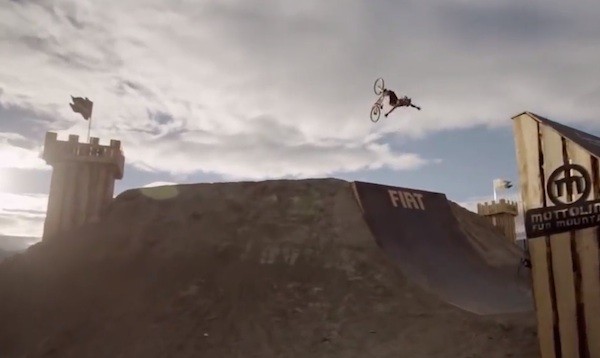 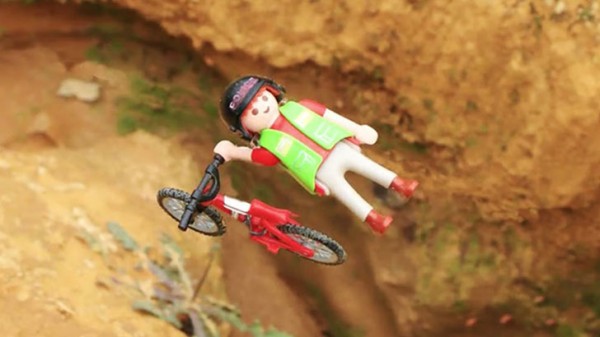 Animator Karim Rejeb puts Playmobil figures’ nerves to the test in his latest stop-motion video. The toddler toys take on sick singletrack, crazy descents, death-defying flips, and more. Most importantly though, these toys are teaching a valuable lesson—always wear a helmet!

Danny Macaskill at it again! Danny goes home to Scotland and tackles the Isle of Skye.

The Ridge is the brand new film from Danny Macaskill… For the first time in one of his films Danny climbs aboard a mountain bike and returns to his native home of the Isle of Skye in Scotland to take on a death-defying ride along the notorious Cuillin Ridgeline.

Did you see him jump over that barbwire fence?

Best road bike tricks since Martyn Ashton. Road Bike Party has inspired thousands of people, including Italian trials superstar Vittorio Brumotti. This video is INSANE. It seems like he saw road bike party and is taking this video to a whole other level. 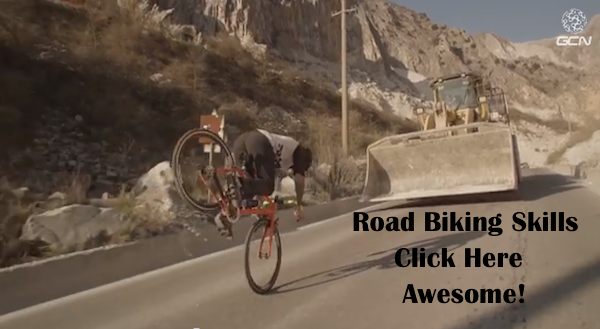 Danny’s New Video! Have you seen it yet? What are you waiting for. The video takes place in a ghost town called Epecuen in Argentina. As always incredible. 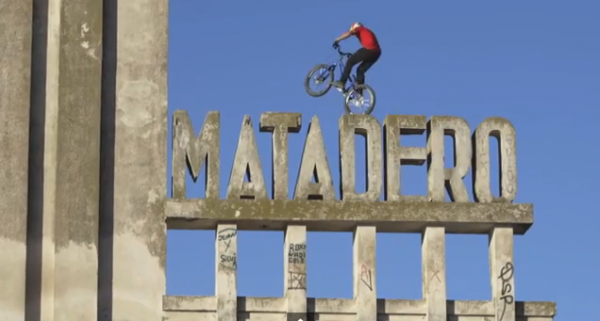 Watch some other videos with Danny MacAskill: Imaginate, Inspired Bicycles and Way Back Home. 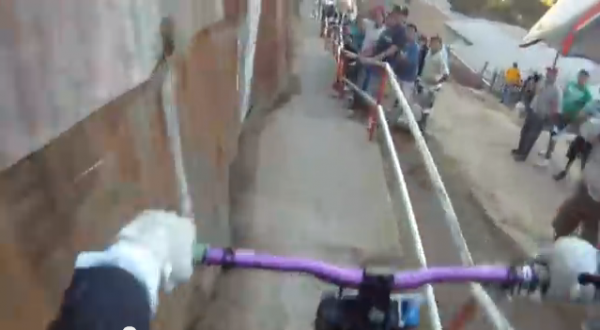 Would you do it?