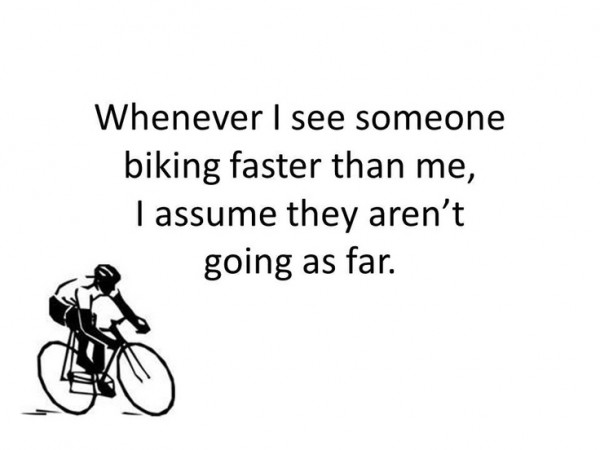 The average bike speed varies immensely depending upon total distance/duration, grade, and level of cyclist. The table below represents the average road bike speed taking each variable in to account. How do you compare to the pro cyclist? How about the average cyclist?

The number one key to being fast on flat terrain is pure power. Generally larger riders will do quite well on the flats as their pure power will outweigh the larger frontal area they have to push through the air.

This is where the smaller riders will have an unfair advantage as the secret to climbing uphill is the power to weight ratio. The less you weigh the less power you have to generate to get up the hill within the same amount of time.

It is true that the larger riders generally have more muscle mass and can generate more power, but the advantage is the smaller riders. This is why pure climbers generally weigh less.

Generally the top speed of a road bike is in direct correlation with how much risk the rider is comfortable taking on. On straight, slight downhill grades the heavier cyclist should outpace the lighter cyclist; however, on steep descents with sharp corners, it comes down to bike handling skills and comfort with risk.

Average Speed of a Gran Fondo or Century (100 miles)

The average speed of a Gran Fondo or a Century is very dependant on how hilly the terrain is. Assuming there is a moderate amount of climbing (1500 meters) and drafting is an option then for an average amateur cyclist it will take 5.5 – 6.5 hours to complete the 100 mile long journey.

What is your average cycling speed? How long does it take you to complete these feats?