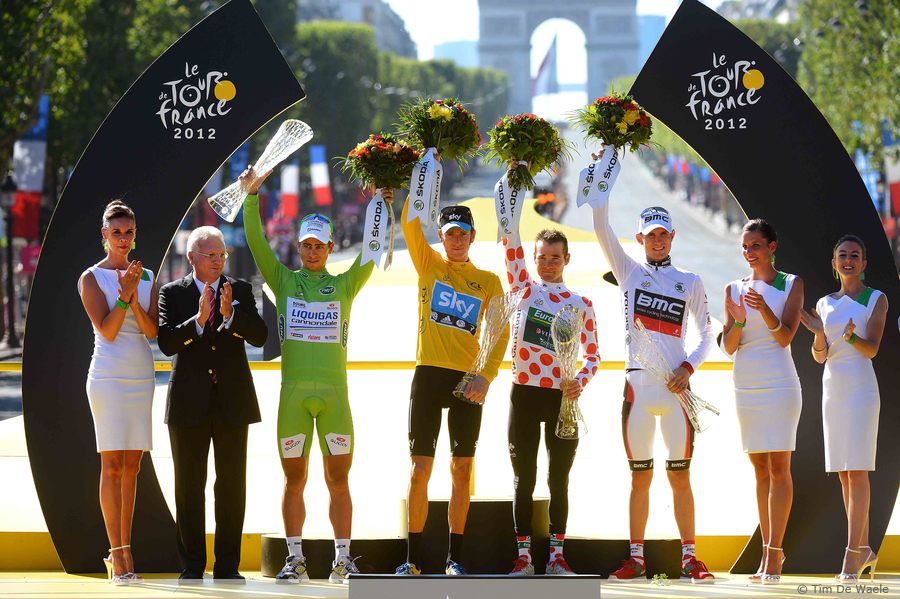 The Tour de France, held every year in the month of July, is considered the sports greatest spectacle. The winners of the Tour de France are regarded as the best of their time and are remembered long after their day on the podium on the Champs-Elysées in Paris. A number of the winners in the past twenty years have been stripped of their titles due to doping. This includes Lance Armstrong who was revered as one of the greatest cyclists of all time. The titles were not passed on to the next rider as many of the riders were doping also.

A Brief History of the Tour de France

The Tour was first held in 1903 as a way to increase viewership of the newspaper L’auto. The event was not held during World Wars I and II but has been held every other year. The modern-day race consists of three weeks covering 21 stages with two rest days. The distance varies but is about 2,200 miles (3,500 kilometers). Older editions were considerably longer.

How the Tour de France is Won

The race is run in a stage race format where riders all start each day together and the time of each rider is taken when they cross the finish line on that day. The rider with the lowest cumulative time is the overall winner. Because of the selection process of riding a bike uphill, the winners of the Tour de France are often very good climbers where time gaps are largest. Flatter stages keep the riders closer together due to the effects of drafting and energy savings.

Winners Of The Tour de France