Why Every Cyclist Should Own an E-Bike 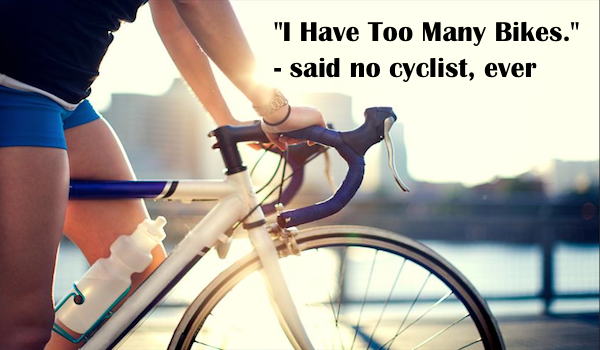 OK Ok… before you come back with a snide comment and disown me for good… All I have to ask you is… have you tried one? If not, then you don’t have an opinion, you are just speculating… I am a pretty intense cyclist that cycles for the exercise, but after riding an e-bike I was a pretty big fan and will likely be picking one up next year! Read on to learn how I got converted…

First of all I rode an awesome PEDAL ASSIST e-bike, the Cube Stereo Hybrid 120 Pro 29 (not available in North America yet… coming soon) riding a quality e-bike undoubtedly made a big difference. But honestly here is why I particularly enjoyed it:

This bike has 250 watts of extra power, I went up a 7% grade at 25km/h for over 20 minutes. That means that if Nairo Quintana (or any amazing climber from the Pro Tour) were there I would give them a nice little wave as I passed them.

Not only does it climb very quickly, but I found the descents surprisingly fun, with 50 lbs to throw around I thought that it was going to feel extremely heavy and bulky, but it was not a major factor. The geometry lead to a smooth stable ride with lots of stopping power.

This bike has 5 settings: turbo, sport, tour, economy and off so you are able to adjust it to how much work you want to do. So, if it is a recovery day but you still want to go for an epic ride, summit some massive mountain or go long distance or more importantly be able to keep up with your friends/family you are able to with as little OR as much effort as you desire.

I actually went out for a recovery ride up one of my favourite mountains and came up on 30 cyclists from one of the local bike shops, as I approached them zig zagging up the steep trail they politely got off the to let me pass, but I said “don’t worry about it.” I pointed the e-bike straight up the hill and powered past all of them (off trail) while they wondered what the hell was going on (they didn’t even know it was an e-bike). I knew quite a few of them and they yelled out to me “you are cheating,” not because they thought I was on an e-bike but because I was off route while passing them. A week later I told them what really had happened.

I normally have an aching lower back from the hard climb, but this time I arrived fresh at the top ready to work on my downhill skills!

Is an injury keeping you sidelined? Not anymore… We tested out someone with a knee injury that prevented them from biking because of the pressure it took to go uphills! With the “Turbo” setting, it made it easy enough for them to go up 8%+ grades with no pain.

Cycle with whoever you want to! My mother is in her sixties and she is not a cyclist, but guess what? We still had an awesome ride… she would yell “turbo” and speed past me up the hill as I was flat out… I couldn’t keep up… when she was feeling nice she put it in “sport” mode and it was all I had in me to stay with her on the climbs.

I had the bike for nearly a month and if I wasn’t riding it then I would put someone who was slower on it so I could still have a workout and an enjoyable ride. Anyone who rode it could not stop smiling, especially my fiancee and my mother who could not believe they were waiting for me. Than in itself sold the bike for me never mind the rest of the benefits.

Do you ride an e-bike? Would you? Leave a comment in the section below.

If you like downhill riding, here is a quick look at the bike in action: