Have you heard of adaptive muscle shortening? Muscles do not naturally maintain their healthy or ideal range of motion on their own. In fact, it’s just the opposite, especially with the increase of 9-5 desk jobs. Muscles will change their functional resting length to adapt to the length at which they are habitually used or positioned. 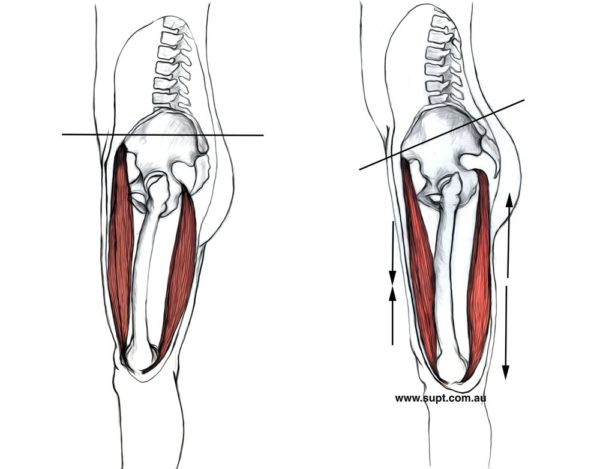 This is bad news for cyclists. Cycling is one of the few activities in which muscles contract concentrically (while shortening), rather than eccentrically (while lengthening). The repetitive motion causes muscle fibres to shorten if action is not taken. Not only will shortened muscles impact your efficiency, comfort, and aerodynamics on the bike, but they will eventually lead to injury.

Do you have tight hamstrings? 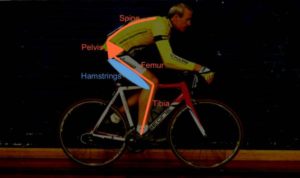 An example common to most cyclists is shortened hamstrings. Running down the back of your leg, the hamstrings start at your hips and cross behind the knee joint. Their main job–extend the hip and flex the knee, two of the most important movements in the cycling motion. The upper portion of the hamstring plays a role in the down stroke, and the lower part is active in the up stroke. The muscle is affected in the following ways:

Your body will naturally try to keep muscles balanced on both sides by providing equal, muscular support, but adaptive shortening prevents this from happening. As one end of a muscle loosens, the other end can become more and more shortened.

In every movement there are four main functions of the associated muscles, Agonists (primary mover), Antagonists (it’s balancing muscle), stabilizers and assistors.

Muscle Balance speaks primarily to the agonist and antagonist muscles in any give movement. It is important to have balance to prevent injury, which is why stretching is so important for cyclists. When one muscle becomes tight, it’s antagonist will also be effected, and can even be injured as a result.

How to Prevent Adaptive Muscle Shortening

Most cycling injuries are caused by tight muscles or a limited range of motion, from knee pain to underdeveloped glutes. By targeting certain muscles and their often neglected counterparts, routine sequence stretching will unlock the full potential of your muscles and joints.

Lengthening the muscles needs to be done in the right order, with balance and intention. Concentrating on one muscle before the other can actually add to the problem, rather than improving it.

This is why so many people give up when they don’t experience results within the first few days. The reality is, lengthening the muscles takes time. To get started and prevent and even reverse adaptive muscle shortening, check out Dynamic Cyclist‘s stretching program. Made specifically for cyclists with easy to follow video stretching sequences, you can maintain a healthy range of motion and increase flexibility, so you can feel your best both on and off the bike.