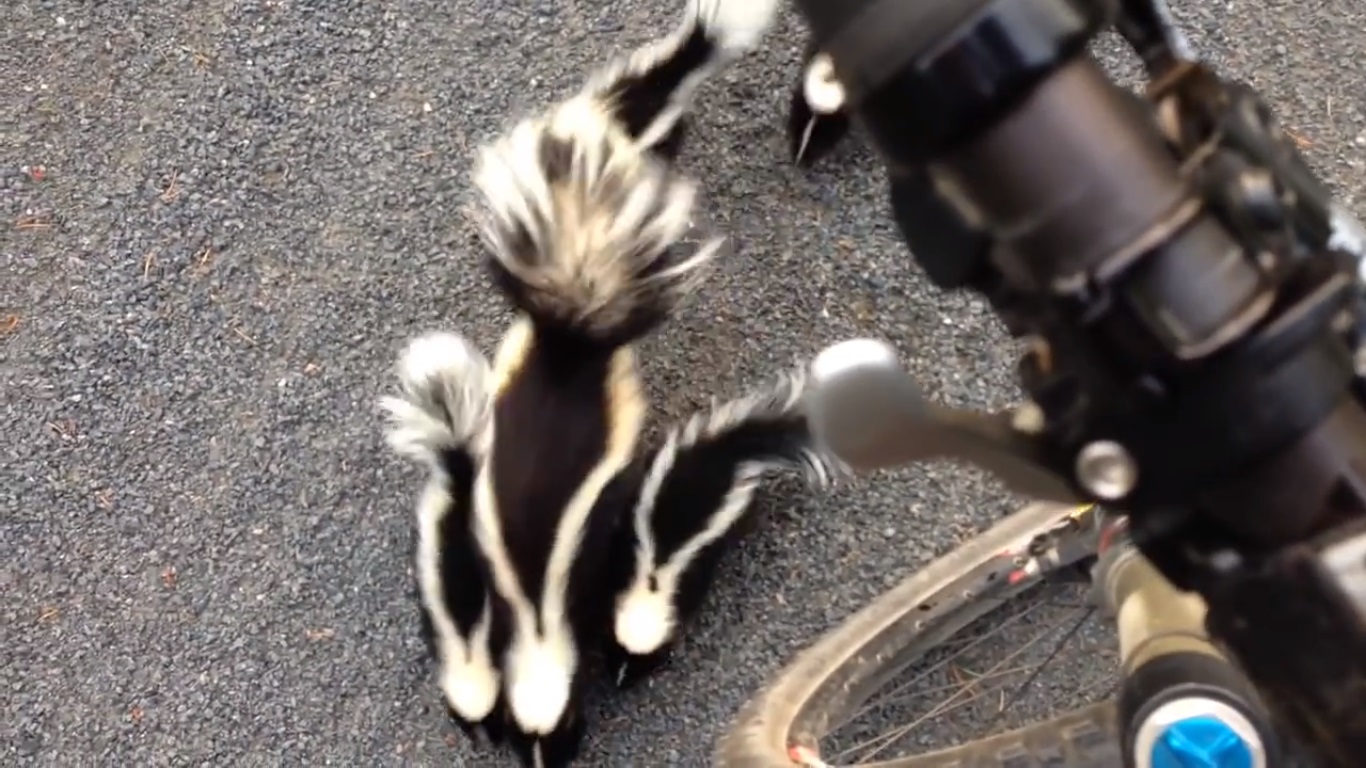 When out riding you have the opportunity to run into all sorts of things. Some are expected while others definitely are not. A family of skunks is definitely in that unexpected category. Good thing they took a liking to this rider!! 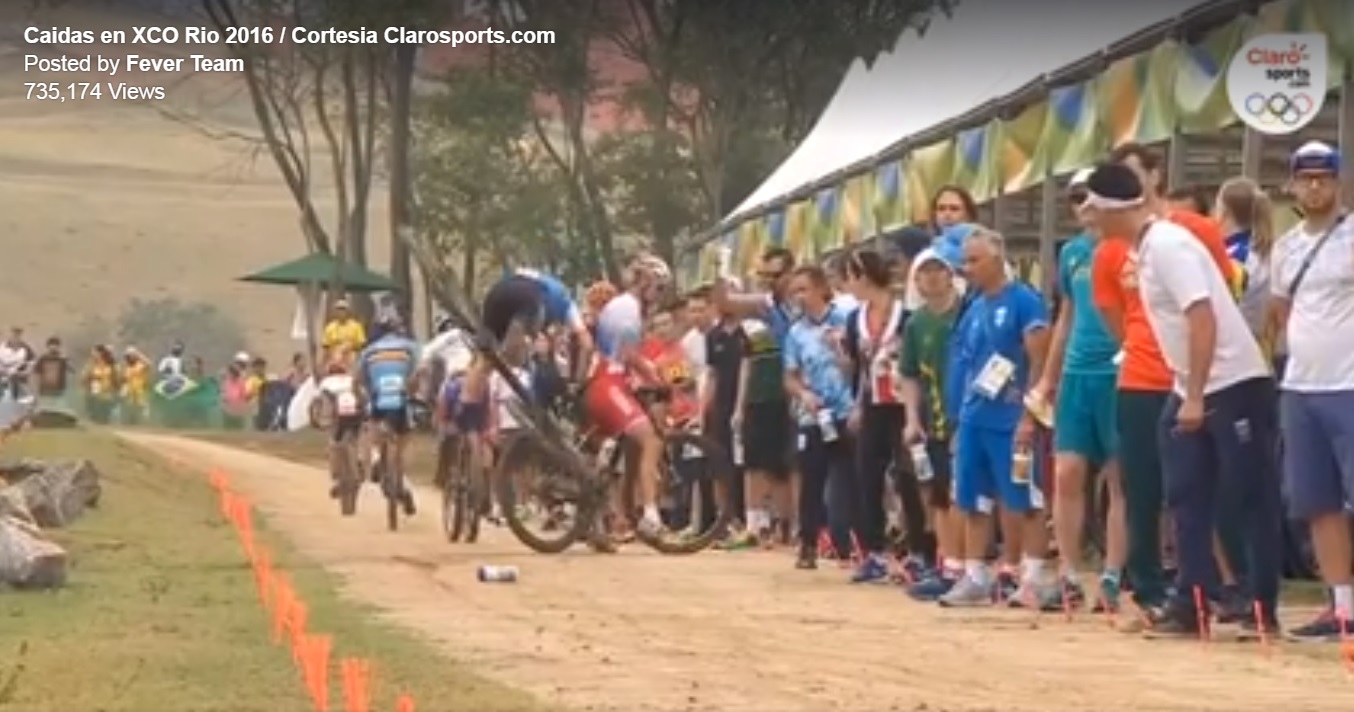 There were a lot of crashes at the Rio Olympics this year in the Men’s Cross Country Mountain Bike Event. You may not have seen many in the video coverage but that’s largely because they were focused on the top riders who, for the most part, managed to keep it upright. The course wasn’t overly technical but it had its share of technical bits. A bit of rain the night before added a bit of moisture to the course also to keep riders on their toes. Here is a great compilation of crashes at this years Olympics. 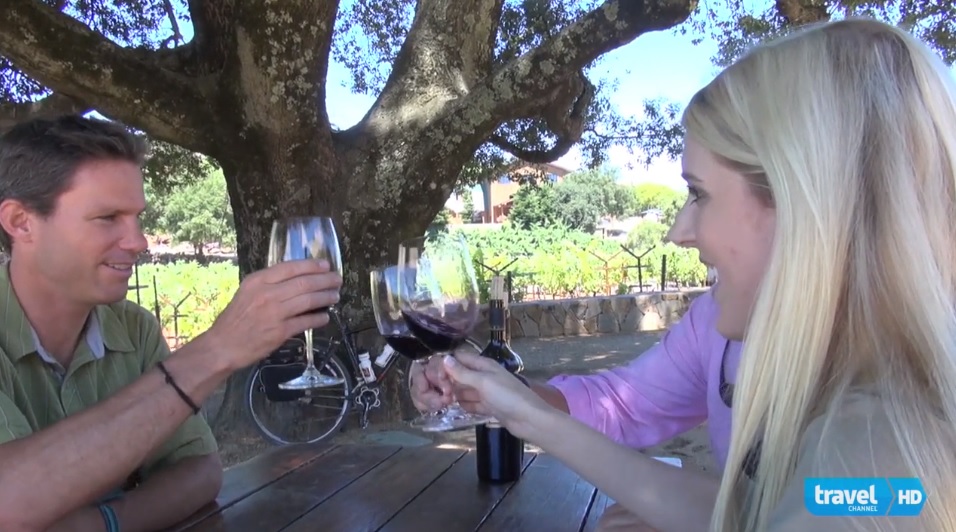 Cycling and wine go great together. Both have a rich history and culture as well as individuals with a huge passion for what they love. Riding around vineyards and wine tasting at wineries is a fantastic way to explore a region and take in all that it has to offer. The Travel Channel has a great short video below of riding in Napa Valley, California. 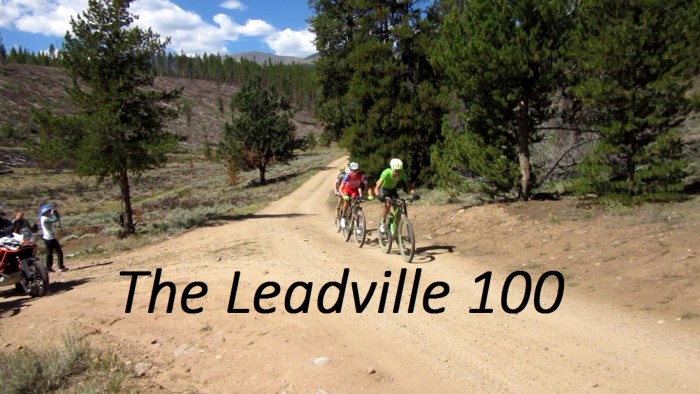 The Leadville 100 is a 100 mile mountain bike race that starts at 10,200 feet in Leadville, Colorado. The race is started by 1,500 riders ranging from Professional mountain bikers to World Tour road riders to the average Jane and Joe weekend warrior. The race has grown tremendously over the years which on other weekends of the summer includes a 100 mile trail run, a 50 mile race on part of the same course, and a 3 day mountain bike stage race. Just riding in the area is incredible as you are surrounded by massive mountains with snow still on them. Doing this event is one you will remember for a lifetime. Below is a video capturing a few highlights from this past weekends Leadville 100 and shows a little bit what it’s like there. The below image links to the race website if you’re interested in doing it. Make sure you sign up early though! Spots fill up quick! 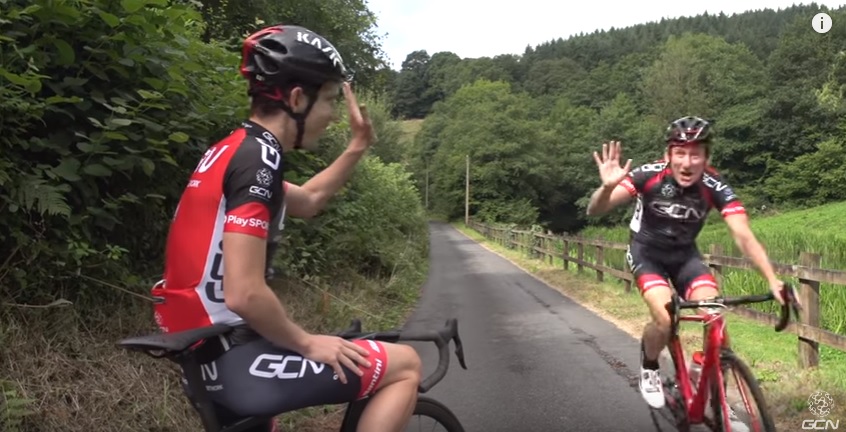 Saying hi on your ride is one of the easiest ways to be friendly and help sustain a sense of community among your fellow riders. Be it someone riding in a suit and tie to work, a family riding to the store, or someone else out on a proper ride, you should always say hi. The guys at GCN do a great job in this video of the when and how of the greeting. Check it out below! 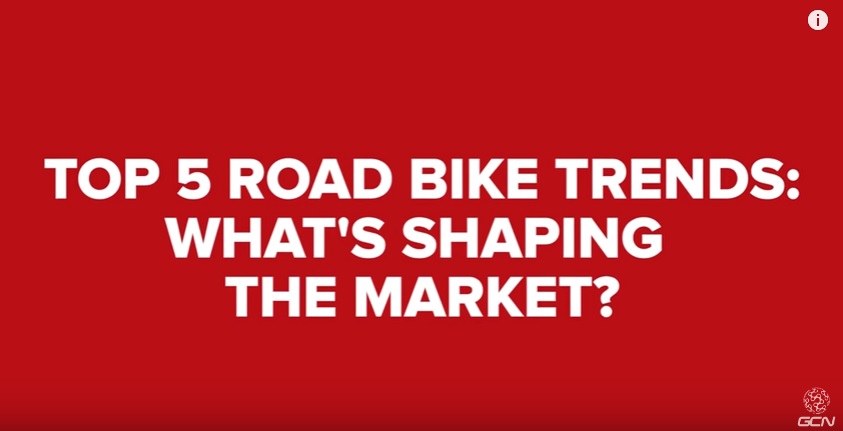 The cycling industry is constantly changing which creates for pretty cool design and different norms to follow. GCN keeps us abreast of 5 of the current top trends in the industry. Chances are you have probably seen or even have implemented some of them yourself. 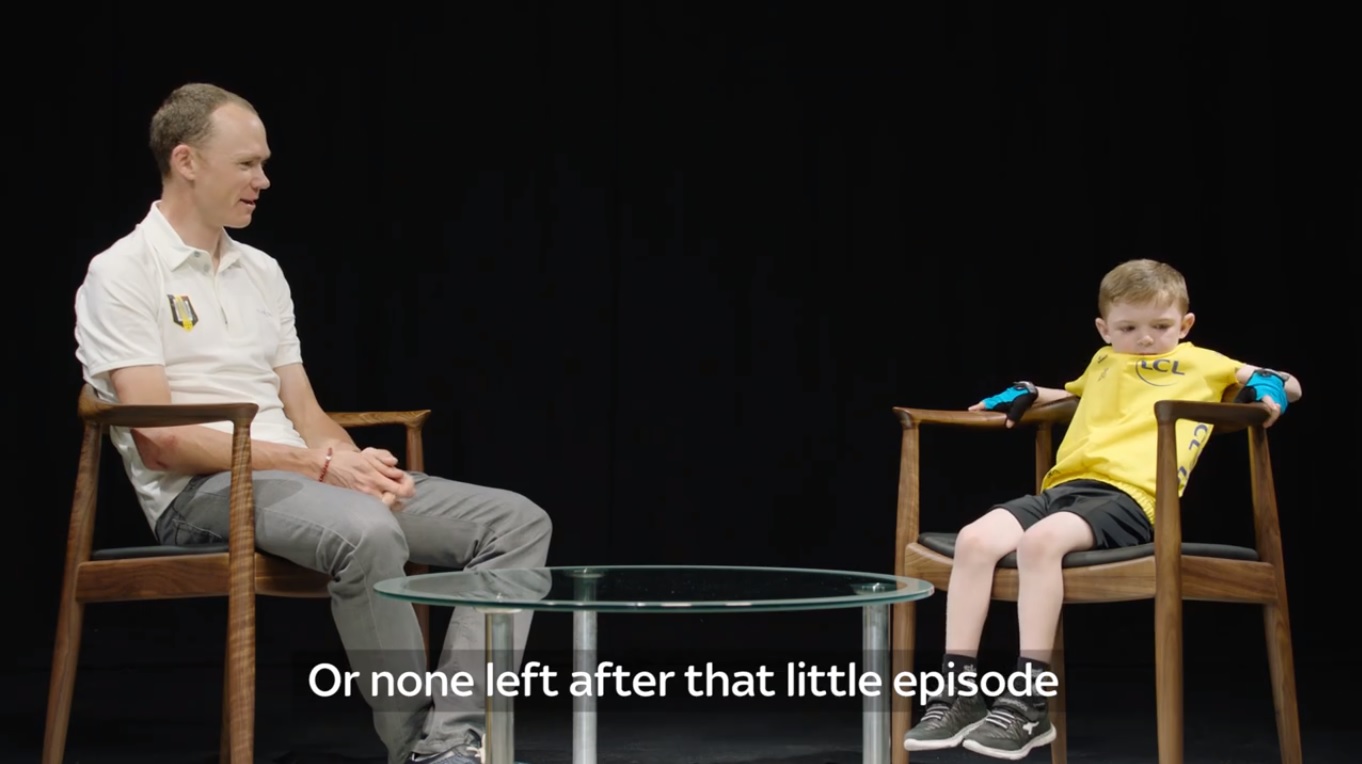 Can it get any more funny? This is a pretty hilarious video with Chris Froome and some other Team Sky riders. They should employ this tactic during the race too! 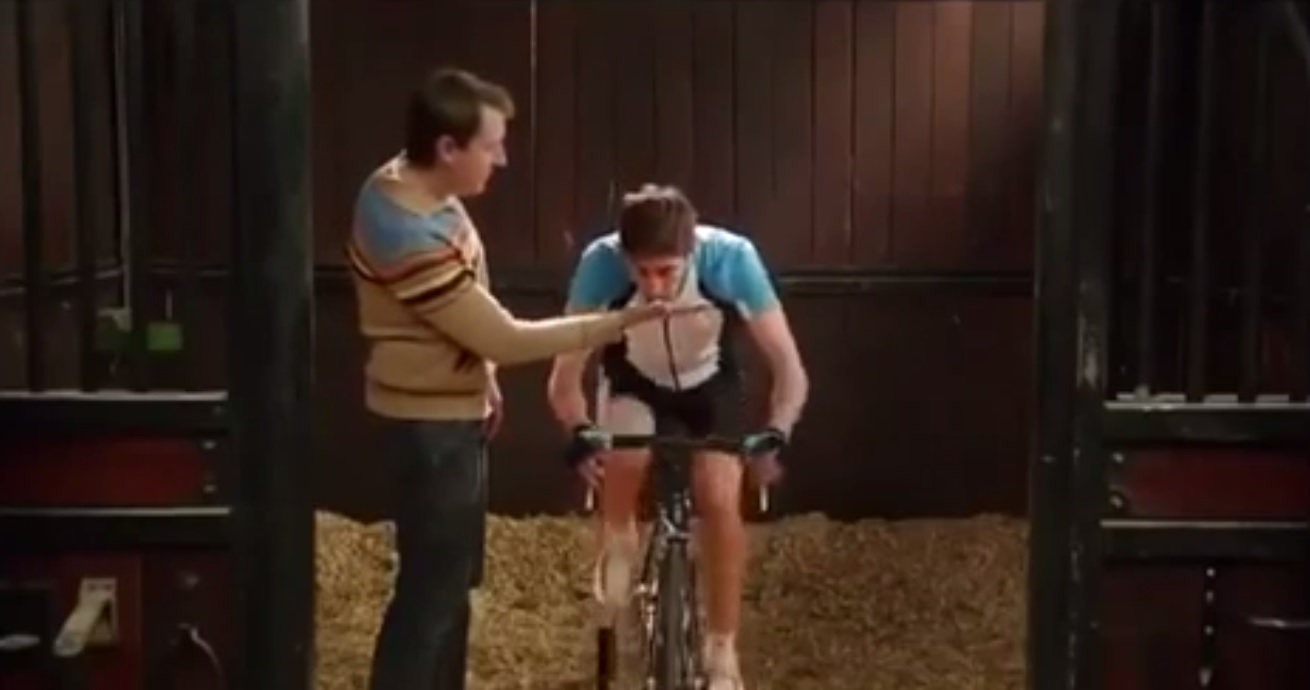 Horses and cyclists have a lot in common, particularly race horses; they eat a lot, they need exercised, they need groomed, the need well taken care of. Treat them the same right? This funny video from a Scottish TV ad shows you how you should treat a cyclist on the road in a different and pretty hilarious way. 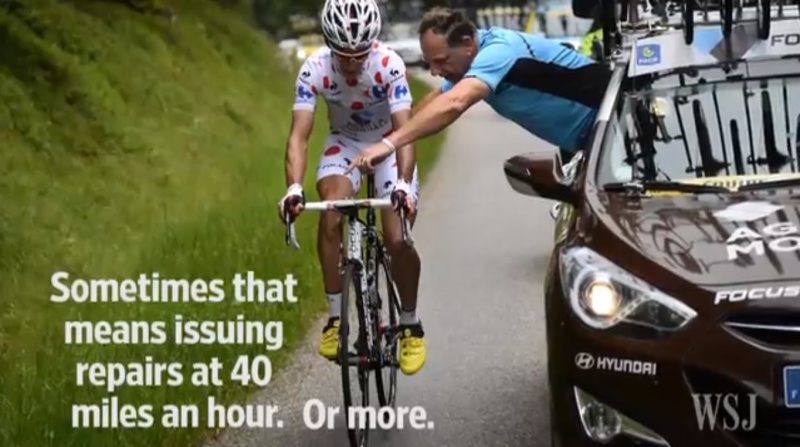 One thing with professional races, like the Tour de France, is that the race waits for no one. The front of the race may slow if there is a crash or for a “nature” break but for flat tires or bike mechanicals, you will quickly fall behind. The job of the team car is to feed riders bottles as well as food along with making sure their bikes stay in proper working order. Often times this means fixing whatever needs fixed while moving at speeds of 30 or 40 mph, or more. The Wall Street Journal put interviewed a mechanic from one of the teams who is the one reaching out the window performing any fixes. It’s a pretty interesting task and one that seams risky for both rider and mechanic. The next time you see a rider getting service on their bike from the team car, you’ll know what’s going on. 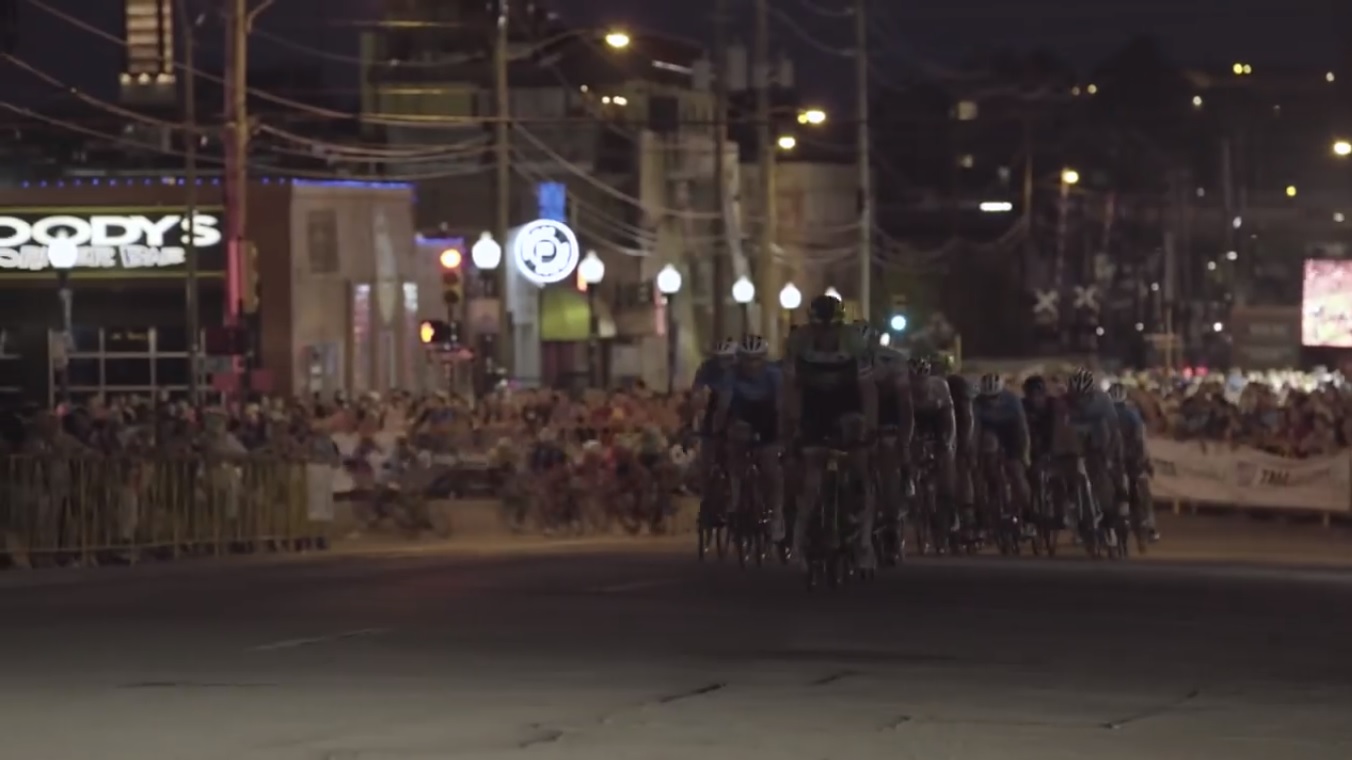 Tons of people, a downtown setting, a sweet course closed to traffic, beer, music, an absurd amount of bike riders, and all generally at night make for American bike racing at it’s finest. All across the country in large cities and small towns alike, downtowns are transformed into a stage for some of the fastest bike riders in the country to put on a show of speed, agility, and guts. Criteriums make for one of the best ways to watch a bike race as riders race on a short circuit that only takes generally one to two minutes to get around. There is a culture around them from the side of the riders to the fans that watch, both of which change slightly to the location of the race. A race in southern California is a bit different than that of Oklahoma, to that of Pennsylvania. They all however are off the hook. Fun and exciting to watch as well as to race. Peloton Magazine  published this awesome video made by Jordan Clark Haggard that captures the feel of these races with Tulsa Tough in Tulsa, Oklahoma. Depending on where you live, you can probably check out one of these races in person easier than you think. Let us know what you think of the video and any questions you might have on criterium racing.