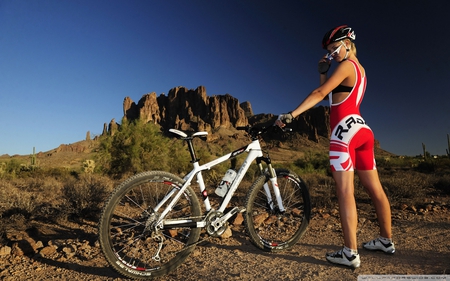 A cyclist shows up for a group ride on a new carbon speed machine.

“Hey, where did you get the new ride?”, asks one of the group.

“Well,” he says, “I was out on a ride when this really hot chick rode up alongside. We got to talking and one thing led to another and we stopped at a park. She suddenly stripped all of her clothes off and said, ‘take what you want’, so I took the bike.”

“Good thing too,” said the friend, “the clothes probably wouldn’t have fit.”