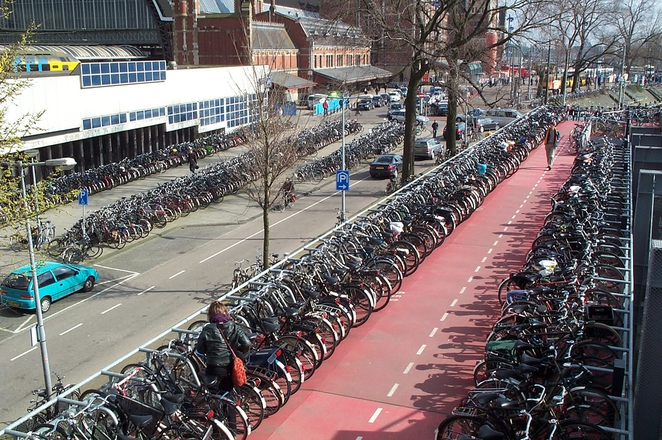 Cycling is quickly becoming a very popular and well known facet of daily life. Whether you prefer to use cycling as a means of exercise or transportation, you will find that some places are more cycling friendly than others. When considering whether a city is cycling friendly you have to look at trails, bike lanes, bike programs, and city planning. Bearing this in mind, here’s the top five cycling friendly cities in the world.

Amsterdam is often considered to be the top cycling friendly city in the world. It is such a convenient biking city that nearly 40% of all commuting trips are done by bicycle. The city has massive bike programs where people can easily rent a bike for their commute.

The infrastructure of Copenhagen has made cycling as a means of commuting both quick and easy. Just like Amsterdam, public bikes are easy to rent and use. The added benefit of the Copenhagen renting program is that when you return the bike, you receive your deposit back. This essentially makes the bike ride free. Nearly 32% of Copenhagen residents cycle to and from work on a very regular basis.

Bogotá is actually a rather sneaky city when it comes to being cycling friendly. The public bike programs are not as strong as many of the cities in Europe and America but Bogotá is on this list simply because of the sheer amount of residents who cycle regularly. Only 13% of residents in Bogotá own cars. As such the city has primarily built its infrastructure to match the needs of the cyclist majority. However, Bogotá does have a sense of loyalty to its cyclists. Once a week the city closes more than seventy miles of road for cars so that cyclists, joggers, and skaters to have complete control of the roads.

This is a city that was designed with bicycling in mind. City planners have built a staggering amount of bike lanes to accommodate the growing need. The city government has also been pushing for cycling to be the main mode of transportation within the city limits for over 40 years. There are whole activist communities in Curitiba that are dedicated to replacing automotive transportation with cycling transport. This should hardly be surprising considering that Brazil as a whole has dedicated itself to being eco-friendly and using alternative fuels. Curitiba’s dedication to cycling fits that mold perfectly.

This is a very new city to cycling. After a multi-million dollar project to renew old bike trails and lanes as well as to build new ones, the city of Montreal is continually pushing to be more cycling friendly. An interesting feature of the Montreal biking programs is that the parking meters now have bike locks to give bike owners a (legal) place to chain up their bikes. Montreal currently has over 2,400 miles of bike trails and has ambitions to continually expand on this number.

Cycling is such an important part of the future of transportation that hundreds of cities around the world are investing vigorously in bike trails, lanes, and programs. Many cities offer tax deduction for those who bike to work regularly and urban races have become very popular. Some cities even have special Bike-to-Work days where people meet in parks to collect goodie bags before biking to work.