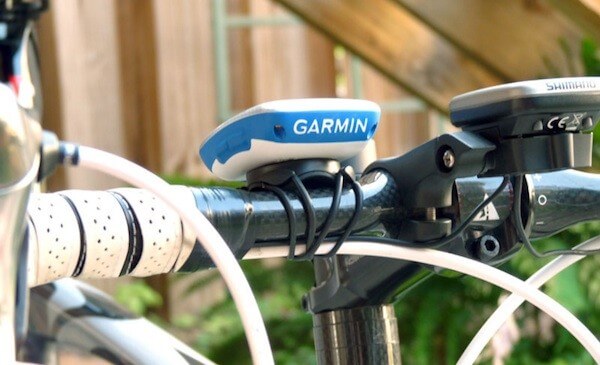 The essence of riding is just getting out and exploring new roads by yourself or with friends at your own pace. The speed you’re traveling, how far you go, or the watts that you produce don’t matter. You’re riding for the pure joy of it. However, keeping track of your rides and seeing in real time how fast and hard you’re going can provide an added degree of interest and fun to your rides. With these easy to install devices, you can have measures of nearly everything from temperature, to degree of incline, to just how fast you’re going. Matching the right device to the riding that you’re doing is going to allow you to get the most out of your upgrade.

The simplest upgrade is a cycle-computer that measures a few of the basics of your ride such as speed, distance, time, and average speed. These metrics are great to have if you’re looking to keep track of your rides and how your fitness is progressing. Seeing how fast you’re going on a flat stretch of road or a climb can show general improvement along with your ride’s overall average speed, although these can depend on conditions such as wind. Another great feature is overall ride time and distance which can be great to keep track of day to day or week to week especially with longer rides such as century’s where the total distance is key.

Older style and generally cheaper cycle-computers are wired meaning that there is a wire running from the computer on your handlebars down to the sensor next to the magnet on the spokes. With a few well-placed zip-ties this can be a great, cheaper option.

As with anything these days, wireless is the new sleek and easy. A wireless cycle-computer has no wires between the sensor and computer and can be easily placed where you want it. They can be a bit more expensive but offer a better look along with not having to worry about the wires getting caught on anything, namely the spokes.

A general cycle-computer only takes one physical measurement to produce feedback metrics; how frequently the wheel makes one revolution. From this, speed, distance, time, and average speed can be calculated. These are derived physical quantities of your output while a heart rate monitor measures the direct effort of your body. Things like a hill and a head wind in particular can lower your speed alone even though your physical output might be higher.

Knowing how hard your body is working is a great way to gauge your effort on a climb as well as your overall output for a ride via average heart rate. The more you use a heart rate monitor, the more in tune you will be with your body and how hard you should be working for each type of terrain and effort. Some higher end heart rate monitors and cycle-computers have the functionality to be able to upload your data to a computer so that you can see your metrics second by second.

A power meter includes all of the above functions in addition to measuring your actual output in watts. A watt is a physical measure of how hard you are pushing on the pedals in joules per second. Heart rate is how hard you are working in general terms but as you get stronger or fatigued in a ride, your power output will change relative to your physical output.

Measuring this and keeping track power can be very useful in measuring your physical progress and can be compared more directly to other riders whereas heart rate is highly differential person to person. Another added benefit of riding with power is that with time and knowing your numbers, you can push the watts you know you’re capable of on a climb or in an interval whereas if you just had heart rate or speed you would be more just guessing at your effort. As with a higher end cycle-computer with heartrate, you can upload power meter data to a number of highly sophisticated programs that keep track of and analyze your rides.

There are three main types of ways to measure power. Or rather there is one; using a strain gauge to measure torque, but which is placed in three general places on the bike. There are a number of companies developing each. A hub-based power meter places strain gauges on the rear axle of the wheel. This limits you to only that wheel which can be inconvenient if you frequently change wheels depending upon terrain, ride, or race.

Crank-based power meters currently are the most popular in the market and place a strain gauge on a number of different parts of the crank. This is the most versatile and functional option as it doesn’t matter what wheels or pedals you use as they are much more particular to your type of riding.

A newer technique is measuring power through the pedals. This has been around for a while but is now beginning to be more widely used. The one downfall to pedal-based power meters is that you have to use their pedal system.

The more you ride and as your riding progresses, you will want to upgrade your cycle-computer. Some riders prefer the old school way of just riding by feel but there are many benefits to upgrading your riding device. GPS based computers are also becoming a new common way of tracking rides as they not only can give the features of that above but also added metrics such as map and navigating capabilities along with measuring other things like feet climbed and temperature.

You can measure pretty much anything you want these days, it’s just a matter of what do you want to know. And just because you’re measuring your rides doesn’t mean you still can’t ride at your own pace and leisure.