Film allows fans of a sport to connect with it on a level far beyond simply participating. There are many great cycling events that are watched by millions, all over the globe, with the likes of the Tour De France ranking high on the list of must-watch television for cycling fans.

Of course, like with many other sports, cycling has also been the subject of some truly brilliant films. Here we take a look at a few great cycling movies that you have to watch if you love your bike.

A Sunday In Hell 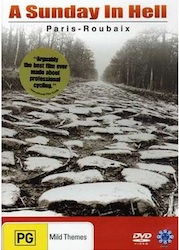 Anybody who has ever participated in an endurance race knows just how difficult it can be, and A Sunday in Hell chronicles the fiendish Paris-Roubaix race. This documentary follows some of the major players in the 1970s cycling game as they traverse one of the most difficult courses known to man, riding for more than 250 kilometers. Interviews with participants and in-depth coverage of the physical toll the race takes on the participants make it a riveting watch. 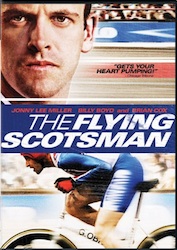 This touching story is based on the life of the Scottish amateur cyclist Graeme Obree as he attempts to take the world one-hour distance record despite suffering from a mental illness and having no sponsors to offer support. 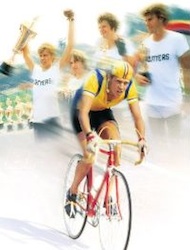 Everybody needs a little comedy every now and again and this wonderful “coming of age” film does a brilliant job of demonstrating the enthusiasm that the sport of cycling can create in a younger generation. The film is so good that it was ranked as one of the top ten American sports films of all time by the American Film Institute. 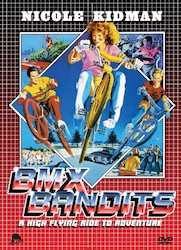 It’s not often that cycling gets embroiled in the world of crime, but this Australian crime drama breaks the mold entirely. It follows a group of BMX enthusiasts who accidentally stumble upon a set of police radios that some bank robbers are aiming to use in their latest heist. There are chases aplenty as a result, including a memorable biking scene featuring the Manly Waterworks water slides. 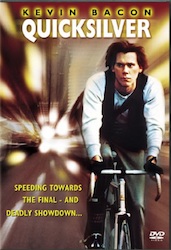 Quicksilver charts the fall from grace of a young floor trader, played by Kevin Bacon, who takes up a job as a bicycle messenger after losing his family fortune on the stock market. It is a tale of redemption that also does a great job of showcasing the freedom that cycling can offer. 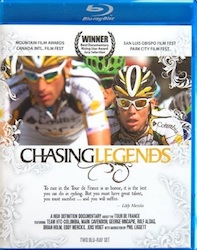 If you ever want to experience the Tour De France from the perspective of the competitors then this is the film for you. Chasing Legends follows Team Columbia-High Road and takes in their thoughts as a participating team in the grueling event. Look for a younger Mark Cavendish making waves during the course of the race. 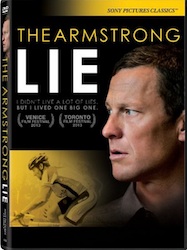 The saga of Lance Armstrong placed a black mark over the sport of competitive racing, and this film chronicles his retirement and attempts to get back into the world of competitive cycling before the doping investigation that led to his lifetime ban from the sport. It is a fascinating character study into one of cycling’s most polarizing figures.

Klunkerz: A Film About Mountain Bikes 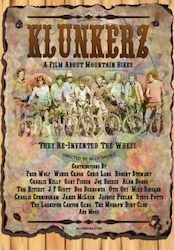 This riveting documentary takes a look into the early years of mountain biking, including its formative years in Northern California and the relationship of a variety of different groups who all contributed to getting the sport off the ground. It is a must-see for any fan of the sport of mountain biking. 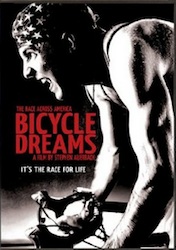 This documentary covers the punishing Race Across America, which is a 3,000 mile cross country event that is only taken on by some of the best endurance racers around. The film covers the 2005 event, which begins tragically with the death of endurance cycling great Bob Breedlove and continues into a marvelous testament to the strength of the human will and spirit.

The Triplets of Belleville 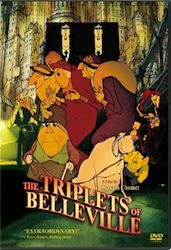 This quirky French animation is unlike every other film on this list, but is a sentimental favorite for any fans of the Tour De France. It follows the story of a young boy whose grandmother takes it upon herself to train him to become a champion in the most famous cycling event of all. It’s a touching and, at times, funny film that offers something a little more fantastical.

Dodging speeding cars, crazed cabbies and eight million cranky pedestrians is all in a day’s work for Wilee (Joseph Gordon-Levitt), the best of New York’s agile and aggressive bicycle messengers. It takes a special breed to ride the fixie – super lightweight, single-gear bikes with no brakes and riders who are equal part skilled cyclists and nutcases who risk becoming a smear on the pavement every time they head into traffic. But a guy who’s used to putting his life on the line is about to get more than even he is used to when his last envelope of the day – a routine “premium rush” run -turns into a life or death chase through the streets of Manhattan. 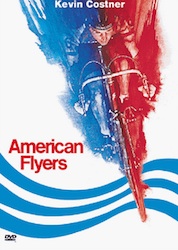 Sports physician Marcus persuades his unstable brother David to come with him and train for a bicycle race across the Rocky Mountains. He doesn’t tell him that he has a cerebral tumor. While David powerfully heads for the victory, Marcus has to realize that the contest is now beyond his capabilities. Features great views of the Rockies and an insight in the tactics of bicycle races.