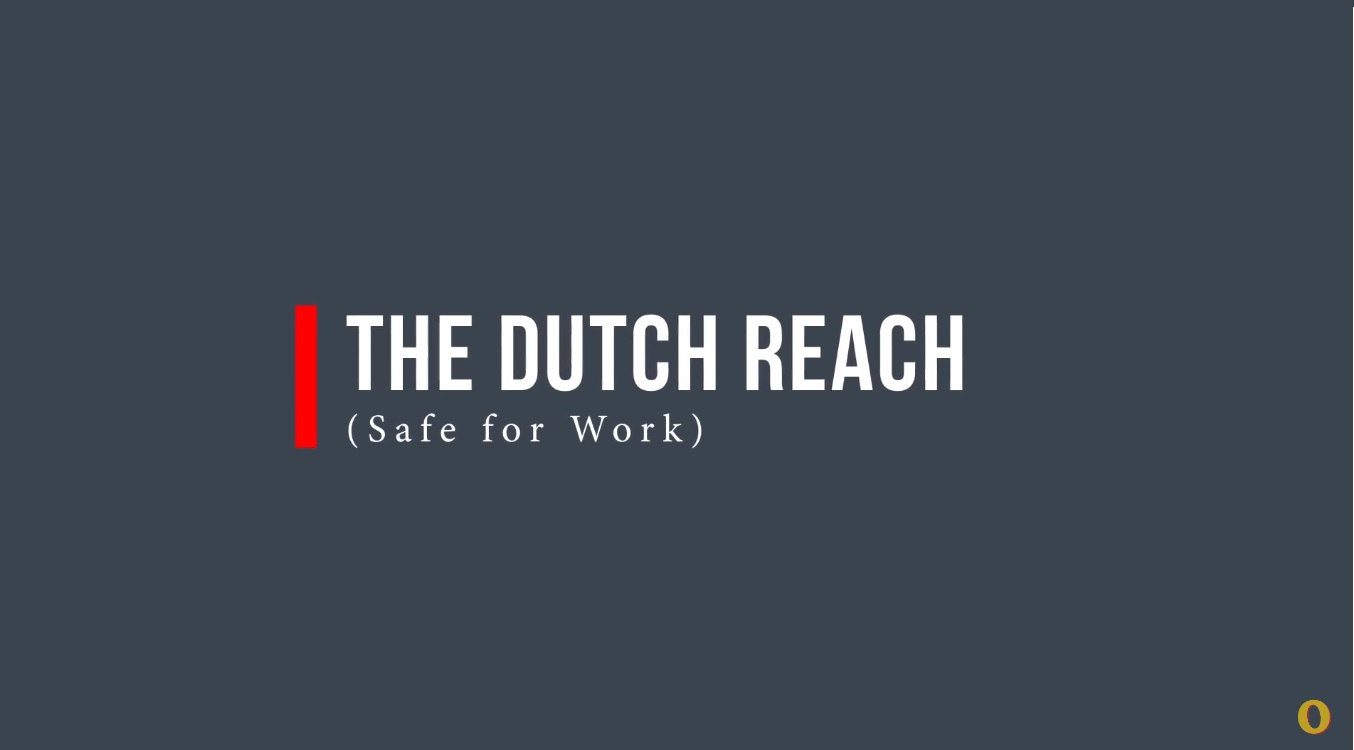 Alright, so it does sound dirty but the dutch reach could save someone from crashing or worse. It’s a pretty simple concept that everyone who parks on the street should be employing. Give it a try the next time you get out of your car and let two people who don’t cycle know as after all, they’re likely the ones who won’t be thinking about the mother riding down the street with her kids in tow when rushing out of the car. And hats of to Outside Magazine for putting this video together! Bike safe!