The ideal road bike tire would weigh nothing, have zero rolling resistance, never malfunction, and maybe even help you out near the top of a tough climb. Unfortunately, tire technology is not quite there yet. (Fingers crossed for future hover bikes).

What we can look at is what makes up a road bike tire. What makes a tire faster than others? What makes it more stable? And what role does air pressure play in all of this? Because, at the end of the day, it all comes down to where the rubber meets the road. 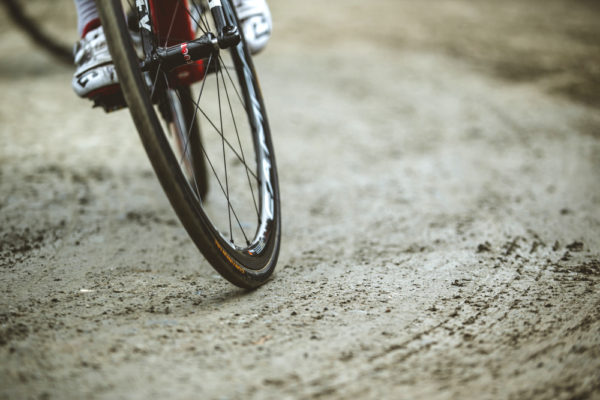 There are three types of tires available: clincher, tubular, and tubeless.

Clinchers are the most common, and you’re most likely familiar with how they work. They have a wire bead around the edge that both holds their shape and fits into a hook on the rim, with an entirely separate inner tube that you can repair or replace. Tubular tires have typically been the number one choice for racers, but are both tough and expensive to fix. They have an inner tube that is actually stitched inside, then the tire is glued to the rim. Tubeless tires have become increasingly popular for mountain bikers, but have crossed into road cycling as well. Like a car tire, the open rubber tie sits firmly on the wheel’s rim, with the air sitting in the cavity between the rim and inside of the tire. In addition, a liquid sealant is used inside the tire to preemptively plug any small cuts in the tire without losing pressure at all. 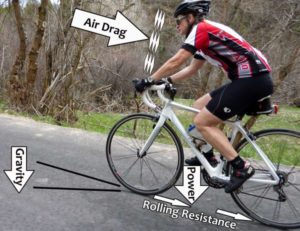 Everyone knows about wind resistance as a force that works against cyclists. Headwinds can be brutal and unrelenting, and also make for a handy excuse when your times are a little slower. Although not nearly to the same effect, rolling resistance is the much less obvious factor at play here.

Rolling resistance is a principle of physics, and isn’t specific to cycling. It refers to the energy that is lost where a tire makes contact with the road. As a tire rolls along, the rubber and casing flex and unflex. The energy needed for the constant deformation is then absorbed and turned into heat. It’s much more obvious on your car, and is the reason your tires get warm as you drive.

There are a number of factors that contribute to rolling resistance:

For many years, narrow 23mm tires have been the standard width for road bike tires. Racers would go even narrower to 21mm, with the general thought that the narrower the surface area, the less rolling resistance. However, this has proved to be untrue. At the same pressure, narrow and wide tires will have the same contact area. Narrow tires will flatten onto a narrower but longer section of the tire where it contacts the road, whereas wider tires will flatten over its width. The narrower tire loses more of its shape, and so does not roll as well. Wider tires have less deformation from its round shape, and therefore roll faster.

Any tread actually increases rolling resistance as the shapes or patterns can squirm as they come in contact with the road. Therefore, a smooth, slick surface is the best option, but most companies seem to want some kind of tread on their tires, if only for marketing purposes. 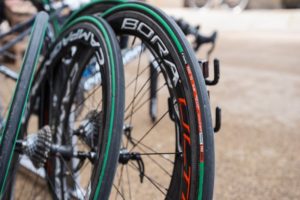 Tire casings are specified in TPI (threads per inch), and have multiple layers of threads holding things together. The higher the TPI, the thinner the threads, as they can be more crowded together. In most cases, a higher TPI delivers less rolling resistance and therefore a faster tire.

Clincher tires will be slightly slower than their tubeless counterparts as the inner tube and the casing create friction and raise the rolling resistance. However, the difference is not enough to make the switch for most riders. Your tube choice will have more of an impact, as running a thinner, lighter, and more flexible tube will create less rolling resistance.

Overinflated tires will deform less, and so technically will reduce the rolling resistance, but it also forces movement. Your momentum is forced up instead of forward as you bounce over every little bump and rock in the road. In recent tests the rolling resistance between a tire inflated to 85 psi as opposed to a tire inflated to 110psi is negligible. Additionally, safety is significantly reduced with high tire pressures. If you try to take a sharp turn at speed around a moderately slippery corner with overinflated tires, it’s not going to be pretty.

Your choice of tire depends on what your specific needs are and the type of riding you do. It is often a toss up between speed, longevity, puncture resistance, ease of use, and your budget. Click here to read more about how to choose the right tires for racing, or the the right tire by type.