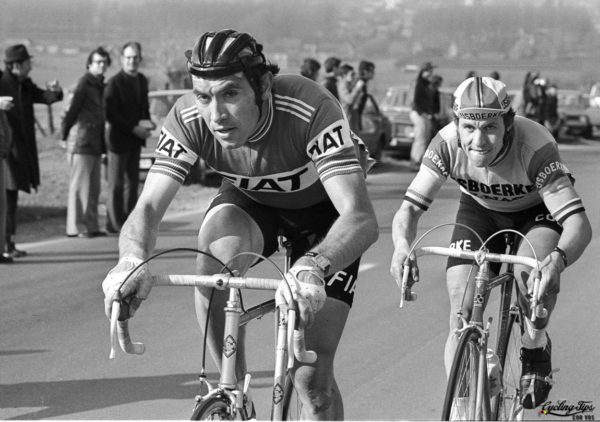 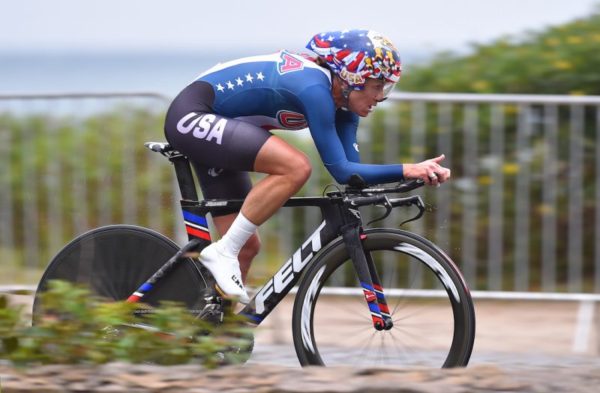 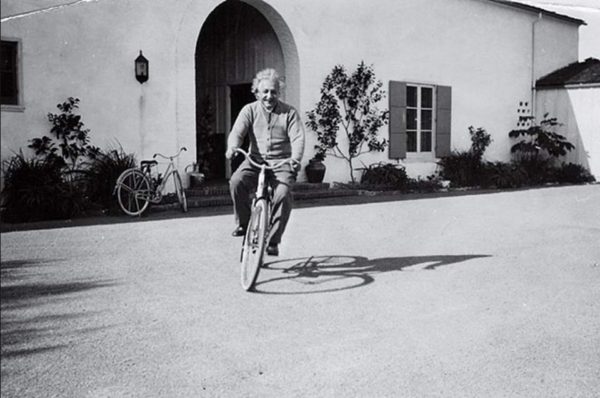 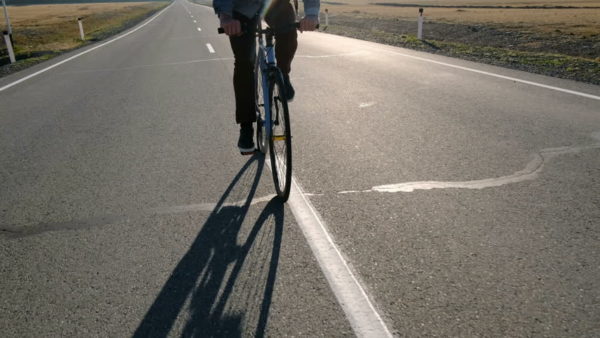 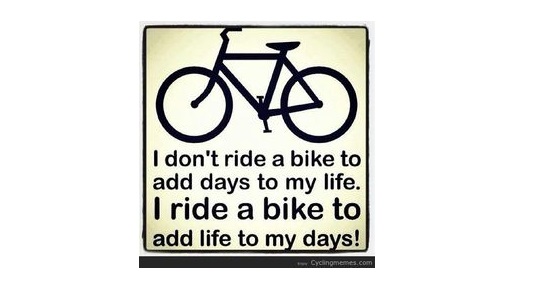 The bike brings a lot of different things for all of us but one thing it does bring is joy to our lives. It doesn’t matter how long you live (well a longer time to experience the joys of life can be better) but how well you live. Well in that you live each day the way you want doing the things you want to do and adding life to each and every day. The bike is a great way to do that so keep riding and live on. 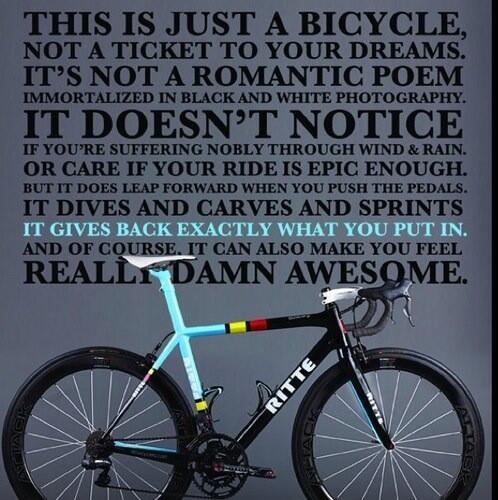 Any bike is what you make of it. It can be so ring that gets you around town, a way to meet and enjoy time with friends, show you new places, allow you to race at great lengths. Whatever you want it to do it can do. It’s you that dictates what that outcome includes. Do you want to complete a century, enjoy a sunny day, race in the Tour de France. It’s you that decides, not the bicycle. 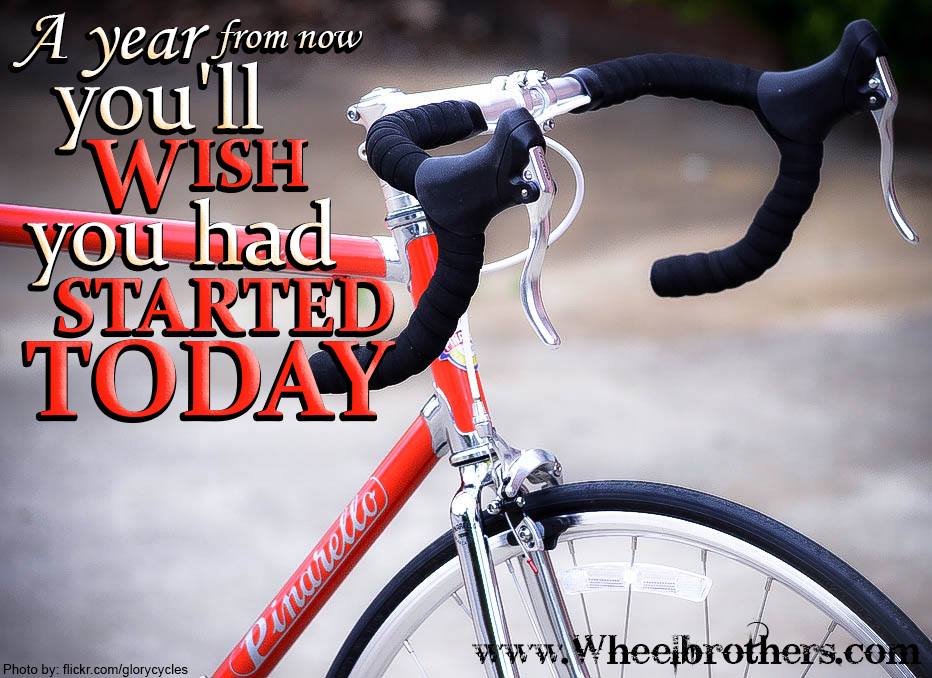 Cycling is one of those things that once you start you will wonder why you didn’t start sooner. The good thing is that it’s never too late. Make plans today for finding a bike and getting into riding regularly. A good starting point is to stop in at your local bike shop. You will be able to look at the different styles of bikes and what interests you but more importantly, talk to someone who is super knowledgeful about riding. They can answer any questions you might have. Also, searching in our search box on ILoveBicycling.com will take you to an article with answers to what you’re searching for. 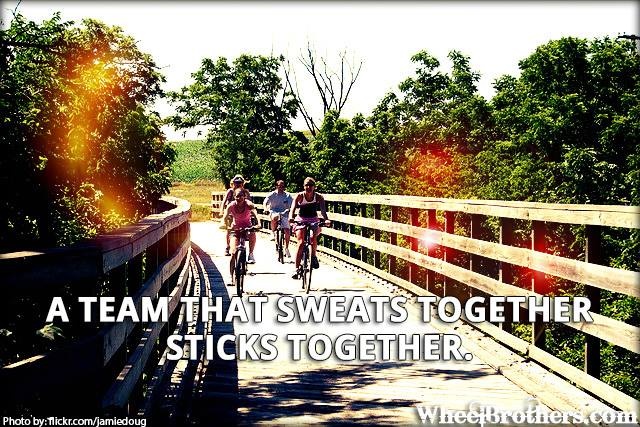 Whether you’re a cycling team, a group of buddies, long time friends, or a group that just met, when you ride together you form a bond that makes for great camaraderie. Everyone is looking out for each other be it if someone gets a flat tire, runs out of food or water, or starts to lag behind. There are few other disciplines that bring people together like cycling does. Embrace it. The bonds you make will last a lifetime. You’re not only sharing in conversation but also the effort. Your struggle together over that long climb gives you a closer bond. Ride together, stay together. It sounds like something your parents would say but riding a bike is just as if you were still a kid isn’t it? 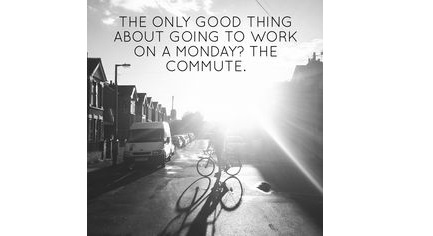 Mondays… fun for some, not so much for others. One way to at least make part of the day fun; ride your bike there. You’ll arrive more excited about your job regardless of what it is and you will have a sense of accomplishment before you even start your workday. Give it a try at least once and see what differences you feel. Commute too far or dangerous? Drive part way on quick, traffic free roads and then ride a route that’s ideal for cycling. It will give you good roads to ride on to make for a stress-free, enjoyable ride before the workday. 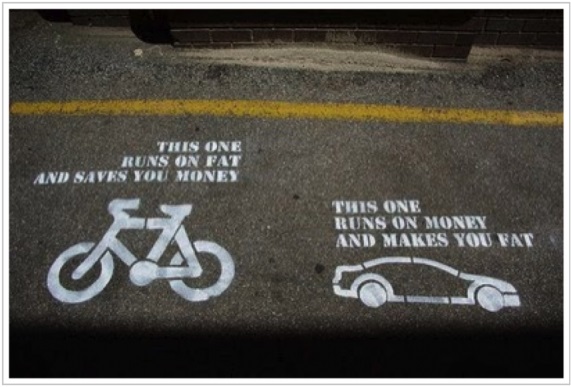 Which side of the equation do you prefer to be on? As cyclists we know which side we would prefer to be on but it doesn’t always happen for far too many reasons: poor weather, kids to pick up from school, too far to commute to and from work, laziness, you name it, it’s an excuse. Some things we can’t change but a lot of them we could make small alterations to for them to work. What’s one thing you could change to your normal transportation regime to include one extra bike ride and one less car ride? A trip to the grocery store? A  short or long ride to work in the morning or evening? Make this a goal once a week and plan ahead to make it happen; you will burn fat and save money. Let us know your plans on riding more and driving less in the comments below. 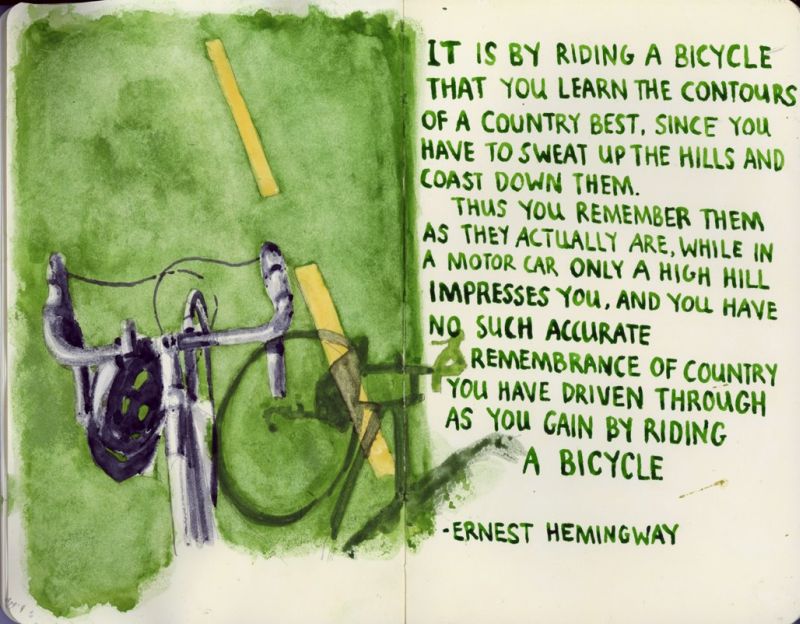 Ernest Hemingway is dead on with this quote but it goes deeper than remembering the contours. A bicycle allows you to experience each place on the road as not only are you not traveling at warp speed, you are placed directly in each moment and not removed by metal doors and glass windows. You can hear the wind, the cows moo, people say hi, the hustle and bustle of a town. The best way to explore someplace new is by bike, be it the countryside or a city. You can find the small dirt roads, the back allies, the places the locals revere. You can take the time to ‘stop and smell the roses’. Experience someplace new by bike. Make it happen this weekend close to home. Maybe someplace not too far away next week and within the next year, explore a far off land. A bicycle will create great memories that can’t be found with any other medium. 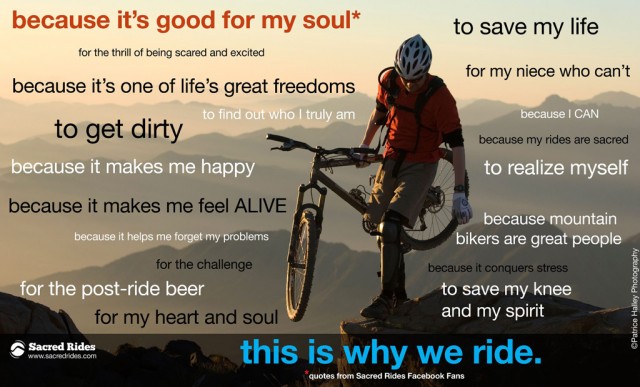 There are so many reasons why we ride. For ourselves, for others, for just the sake of riding. It doesn’t matter the reason, just that you get out and ride and enjoy it. Let us know in the comments below why you ride. 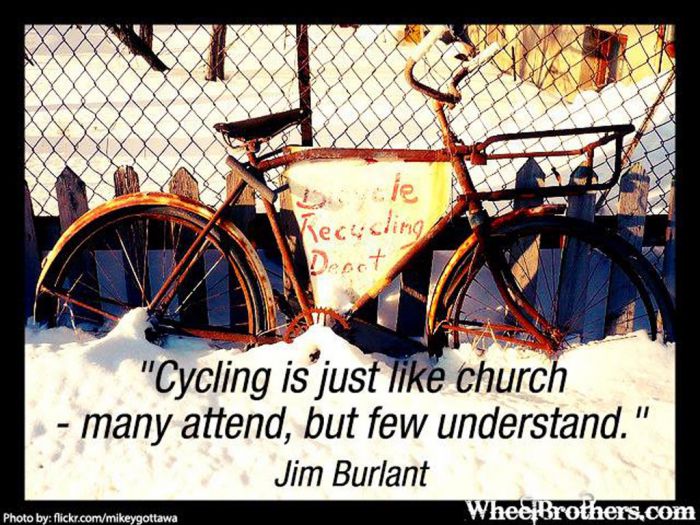 “Cycling is just like church – many attend, but few understand.” A very good quote indeed. Whether it’s riding leisurely around town, on the trails close to home, or racing on the road, cycling is a complex endeavor that takes on its own meaning for each and every rider. There are a lot of different dynamics in each and you may know what each consists of but the feeling and meaning each gives to a rider is different. Understanding cycling as a whole can be strived toward but it’s one of those things that can never be fully understood. You can understand parts of it, particularly that of your chosen discipline be it mountain, road, commuting, or leisure, but few understand nearly all of it.