Let’s be honest, most cyclists are not known for their flexibility. Not saying I thought it was a waste of time, but I’d rather be out riding than sitting around at home in downward dog. 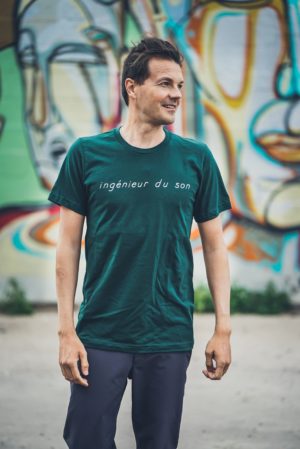 I’ve been an endurance athlete for most of my life, and with that has come both the joys and the pains of pushing my body to its limits. It also meant that I had no problem crushing a 100 mile ride, but I couldn’t bend over and touch my toes. My limited range of motion had never been a problem for me, so I didn’t pay it much attention.

About a year ago I started having hip pain that eventually turned into knee pain, and I found myself forced off my bike. After sitting around in self pity for a few weeks, I decided to take matters into my own hands. I called up a local sports physiotherapist and set up an appointment. His prescription? Twenty minutes of targeted mobility movements and stretches a day.

In my case the pain may have reared its head in the hip and knee, but the underlying cause is something most cyclists deal with. Dr. Ackerman explained that,

Most people have muscle imbalances, especially in today’s office chair culture, but the issue is taken one step further with cyclists. Hours on the bike is just more time in a bent over position that will inevitably lead to tight hamstrings, weak hip flexors, rounded shoulders, and a pelvic tilt.

The moral of the story? We sit too much, don’t move enough, and as cyclists we spent a lot of time in one position with repetitive movement. Don’t get me wrong, cycling is great for your health, but we’re not engaging our bodies in different types of movements, which in turn leads to imbalance.

This all made sense to me, but it wasn’t until I started paying attention to my posture that I realized just how bad my muscle imbalances had progressed. On the bike my spine would naturally round as my shoulders were pulled forward by tight lats, and tension would gather in my low back. As pictured, tight hamstrings and a weak core accentuated the poor posture.

Now that the problem had been made clear, it was time for some solutions. Along with some specific movements and poses, Dr. Ackerman recommended I try out Dynamic Cyclist, which provides daily stretching videos for cyclists. I was skeptical at first, but on day one as I moved through the poses it felt like my pain points were being pulled apart- in a good way.

After the first routine I decided I would stretch everyday for a month and see how my body adapted. It was totally worth it. Within a couple weeks I could feel my posture improving, I became more aware of how my muscles and joints were feeling day to day and, most importantly, my knee pain was gone. 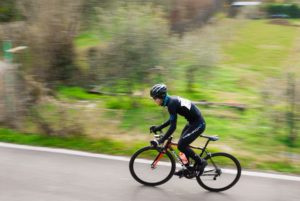 With my new found mobility, when I finally hopped back on my bike it was no problem maintaining proper posture with a neutral spine and relaxed shoulders. As I tackled my first climb I could feel new found power from my glutes and I was breaking PRs all over my regular route. I felt like I was ten years younger and couldn’t wipe the smile off my face as I rode.

I know it may seem like a stretch, but getting mobilized really has changed my body for the better. If you want to give it a try for yourself, check out Dynamic Cyclist and start your 7 day free trial.