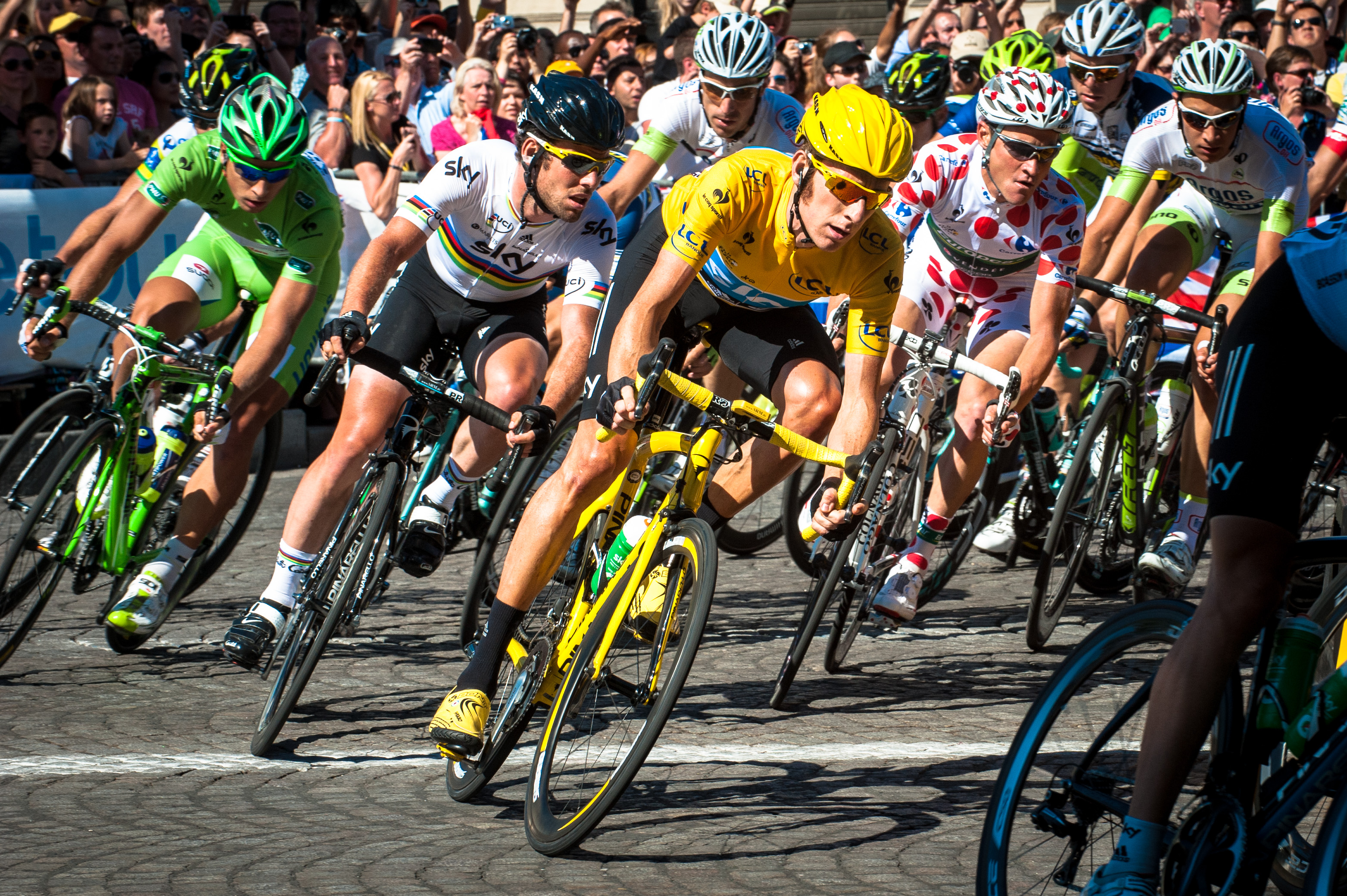 With the Tour de France on, you should catch up on your history of La Gran Boucle (the nickname of the Tour, French for The Great Circuit). The race is rich with tradition, stemming from its long history starting in 1903 as a publicity stunt for a sports newspaper, L’Auto, and running every year except during the two World Wars. The leader’s jersey of the race is yellow because that is color of newsprint in L’Auto. The newspaper is long gone, but the Tour continues on. This list of Tour de France facts will help you understand the race.

Winning the overall classification in the Tour de France immortalizes a rider. Winning it five times makes a rider a legend. Four riders have done it – Jacques Anquetil, Eddy Merckx, Bernard Hinault and Miguel Indurain. Lance Armstrong won seven times but was stripped of his victories because he admitted to using performance enhancing drugs to fuel his victories.

There are also many other opportunities to win. Riders can win the stage each day, along with:

Winning any of these competitions can be a tremendous boost to a riders career and is often a life-long dream of many cyclists.

Cycling is full of failure. Only one person wins (on the backs of his teammates) and when a race is as big as the Tour, about one hundred eighty people lose. But there is an informal competition in the general classification for last place, called the Lantern Rouge, or red lamp. It refers to the red light at the end of a train.

A Tour team comprises of nine riders, based on the team’s goal’s in the race. Some teams go for the general classification, some shoot for stage wins, others the green jersey. Each team wants to get good results so they can be invited back to the biggest stage in the cycling world. It is very good for the team’s sponsors, who foot the bill for the teams. Racing at the Tour means excellent exposure for the sponsors. Getting good results is even better for the sponsors.

Team directors are like the in-game coaches at the Tour. They drive the team car and support the riders throughout the race with tactics, equipment and nutrition. There are also mechanics in the car, along with mechanics that go ahead to the hotel at the end of the stage. Soigneurs prepare food, give massages and are generally available for the riders needs so they can focus on riding and recovering after the stage. Teams also have cooks preparing nutritious meals and doctors to take care of any medical concerns.

Vehicles at the Tour

During the Tour, each team has two cars in the caravan which escorts the riders. One car stays with the main group of riders, the peloton and the other is available to go with the breakaway up the road.In the team car there are spare wheels, spare bikes, extra clothing, water and food for the riders. The team directors drive the cars with a mechanic in the back seat.

In addition to the team cars in the caravan, there are many other vehicles:

All of these vehicles hold the people that make the Tour happen. The total is around four thousand, making for an economic boon at each stop of the Tour. It also requires that each stage has the capacity to house this rolling carnival.

Greg LeMond won the Tour on the last day by eight seconds in 1990. He came into the final stage with a fifty second deficit to Laurent Fignon. He used aerobars, an unprecedented (at the time) piece of equipment that allowed to be more aerodynamic. It helped carry LeMond to his slim victory. He was also the first non-European winner of the Tour.

The first Tour in 1903 was only five stages and only had fifteen riders. Early Tours required that riders support themselves – they had to get their own food and water and do their own repairs, no matter how mangled their bikes may have been.

The editor of L’Auto and founder of the Tour was Henri Desgrange.

There are a few different kinds of Tour stages:

With a new understanding of the Tour de France, you can follow the action more closely. Each year, historic moments happen. See what you can spot in the 2016 edition.