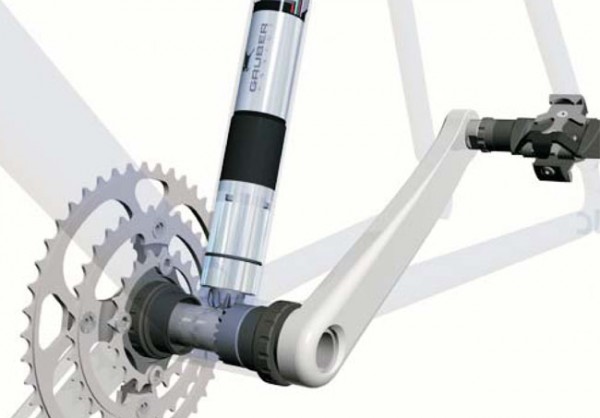 At the 2016 Cyclocross World Championships held in Zolder, Belgium on the last weekend of January, a rider was caught for mechanical doping. To be exact, one of the bikes that Femke Van den Driessche, a 19 year old Belgian racing in the Under 23 Women’s Category, had was found by Officials to have a motor inside the frame. Mechanical doping suspicions have been around for years but this is the first case where a ride was caught for it. But just what is mechanical doping and how does it work?

What is Mechanical Doping?

Mechanical doping is when a rider installs a hidden motor on their bike to aid in pedaling. Previously, electric motors where not strong enough, small enough, nor quiet enough to avoid detection. In the past few years the technology has advanced to where all of these things can be achieved. The most widely known form of mechanical doping consists of placing a battery and motor in the seat tube of the bike which then drives the crankset spindle inside the bottom bracket. It is controlled by pressing a button on the handlebars. Because of the size of the seat tube, the motor doesn’t produce an exorbitant amount of power but rather only ten to fifty watts. In bike racing though an increase in that number of watts being transferred to the wheel is enormous. Races are often won by very close margins so even a ten watt advantage can be enough.

How It Can Go Undetected

Because of the advancement of mechanical doping and electric motors, a rigged bike can go undetected because it’s so quiet. In addition to being quiet, there is always wind, tire, and other bike noise in a race not to mention the sound from the crowd. Also, because everything is inside the frame there is no way of telling just by looking at a bike if it has a motor in it. The one tip off could be the control button on the handlebars but that too can be well hidden. Also, if riders are smart, they won’t use it to be significantly faster than other riders but rather use it to save energy while still going the same speed as the riders around them. Done in this fashion, they never look like they’re riding like they have a motor in their bike.

What Officials Use to Find It

Previously officials were using x-ray type machines to scan bikes after a race. They would not implement the check at every race because of the size of the machine and hassle and thus did not catch any riders. Recently however they began using an app on a tablet that can detect the radio waves given off by the electric motor. At the Cyclocross World Championships they were in the pits checking bikes during the race due to its non-invasive nature.

Why Are Riders Using It?

Riders in today’s peloton, both on the road and in cyclocross, are turning to mechanical doping because it is becoming harder and harder to “blood dope” without getting caught. Some riders are looking for that edge and have found it in the form of technology. At least up until now, it was also a lot less likely to get caught doing it so the risk/reward ratio was in their favor. Now with more stringent checks and heavy sanctions (clause 12.1.013) not only against the rider but also the team, will hopefully help to deter mechanical doping.

How To Know If A Rider Is Cheating

Whether it be mechanical doping or blood doping, the one way to know to at least ask questions of a riders authenticity is to look at a riders progression in the sport as well as at recent races. The human body is only naturally capable of so much improvement in a set amount of time. When a rider has a break-out result seemingly out of no where, that is when things need to be looked into. A breakout result doesn’t mean a rider is doping, just that they did come out of nowhere and that the question of “why” needs to be answered whether it be poor luck or poor racing tactics prior. In the event of Femke Van den Driessche, she had a stand out result seemingly from nowhere earlier in the year that should have, and did throw up red flags.

Bike racing is, well racing, people are always going to try and find a short cut whether it be mechanical doping or otherwise. Fortunately the governing bodies are doing more and more to combat it and with riders getting caught such as this Belgian rider, hopefully more riders are deterred from cheating and choose to do it the ethical and meaningful way.