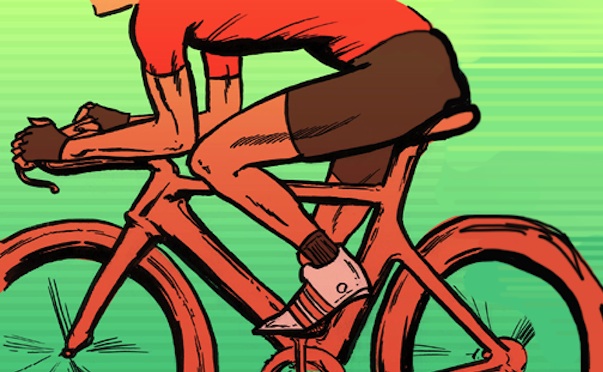 Cycling law on public roadways has always been a source of controversy. Different assumptions, experiences, law and knowledge about cycling often results in a blurred distinction between universal law, common practices, and your location.

Another confusion regarding the application of cycling laws centers around the fact that some local bicycle ordinances seem to actually make bikers and pedestrians less safe — such as requirements that bicyclists walk their bikes across intersections. Just visualizing this law seems dangerous. Since bicycle law can be different from one area to another, cyclists should familiarize themselves with specific laws where they plan to ride.

Rules of the Road

Generally speaking, bicycle laws are enforced at the state and local levels, and don’t apply universally. The overall consensus is that cyclists are expected to follow the same traffic laws that apply to motorists. Depending on where you live, laws and local ordinances typically cover stopping, signaling, passing on the right, helmet provisions, rules against cycling on the sidewalk, and some may include biking under the influence.

Should you violate a cycling law, and get busted for it by a policeman, note that traffic violations are typically handled the same as for a moving violation involving an automobile. The ticket should indicate whether the violation involved a bicycle and should not affect your automobile insurance, hopefully.

One of first things to remember before cycling on the road is that you must follow nearly all of the same rules that you would while driving a vehicle. You must make a complete stop at red lights and at stop-signs, and go again when the light turns green. If you want to turn left, you may only do so if the light is green and there is no one coming in the opposite direction. You also must stop for crossing pedestrians.

The Idaho Stop is a common name for a law that allows cyclists to treat a stop sign as a yield sign, and a red light as a stop sign. It first became law in Idaho in 1982, but has not been adopted elsewhere, even though it’s a common practice among cyclists. A form of the law called, “stop as yield”, deals only with stop signs, and has expanded to parts of Colorado and is being considered in other states. Advocates argue that the Idaho stop makes cycling easier and safer, and places the focus where it should be — on yielding the right-of-way. Opponents think it is less safe because it makes cyclists less predictable.

Most cyclist who’ve ridden in city traffic, or rural traffic with stop lights know that bikes don’t always trigger the underground metal detectors to change the light from red to green; bikes just don’t have the mass for it. In this instance, you can’t just stand there all day in the middle of the road, waiting for a car to come along and turn the light green.

Because cyclists don’t trigger underground sensors, some states have adopted laws allowing cyclists to proceed through a red light if the light doesn’t change due to the inability of the embedded sensors to detect them. These laws typically require the cyclist to confirm that there is no oncoming traffic, and that they wait a required amount of time before proceeding through the light. Check local ordinances in your area for this exception.

Just as with vehicles, it’s important to show your intent, and let those around you know what your next move is. Basic hand signalling while on your bike is also typically required by law.

The right arm out signal contradicts vehicle hand signals, but has proven to be safer for cyclists. Prior to the common sense approach of extending right arm to indicate a right turn, the conventional approach was for cyclist to extend the left upper-arm out to the left, horizontally and angle your forearm vertically upward. This practice is no longer in use. The Uniform Vehicle Code in the U.S. recognizes both, although it recommends the right arm out approach. State traffic laws generally conform to the UVC, but exceptions may exist. British Columbia, for example recognizes both right and left arm signals as appropriate.

The typical hand signal for braking — left arm out and down — is not always possible. It can be dangerous because both hands are needed to brake and stop. Cyclists therefore sometimes have to choose between giving a hand signal and covering the brake. This one is up to the individual cyclist, but any law that’s going to get you killed is questionable, and you should do what you think is best under the circumstances.

It’s common for cyclists to pass on the right when traffic is moving too slow, or if there’s an obvious bike lane on the right. General laws about passing on the right typically states that; ” Any person operating a bicycle upon a roadway at a speed less than the normal speed of traffic moving in the same direction shall ride as close as practicable to the right-hand curb.” Unfortunately, if you become involved in an accident, “passing on the right,”  is most often determined by insurance companies or accident reports.

Most cyclists wouldn’t be caught dead without a helmet — no pun intended. But laws don’t apply the same when it comes to helmets, and it’s mostly age appropriate law. There is no blanket law that requires helmets for bicyclists of all ages, but many local ordinances do. Most jurisdictions require the use of bicycle helmets to some degree, typically for cyclists under the age of 16 or 18. Washington state, for example, has no state law addressing the use of helmets at all, but many of its cities do.

Cyclists are required to have red lights on the back, and white lights on the front, with white reflectors on the front and red reflectors on the back in virtually every state. Details vary with respect to individual state and local laws. This is one that’s likely to be overlooked the most often by cyclists, but that doesn’t mean it’s not the law.