People often ask if I plan these out or not. When the piece includes words I don’t plan because the letters are pretty easy to make, especially since I learned the trick of doing diagonals. However, for pictures such as the Nyan Cat and the Lagunitas IPA 6 pack, I first do a sketch on a printout map of San Francisco, mostly to make sure I don’t run into any parks or schools that block the grid.

It started on January 14, 2012. I was listening to the 49ers vs. Saints playoff game on the radio while riding laps at the polo fields. The 49ers were underdogs, but scored 2 touchdowns in the 1st quarter to go up 14-0, so I was inspired to ride out to the Richmond district and do this.

I received a lot of comments and kudos on the ride, so I did this ride before the NFC championship game vs. the NY Giants the following week.

…But they lost & didn’t make it to the Superbowl, so I didn’t do anything for that.

I didn’t do anything for a while, but during the Tour de France, I was inspired to write“SAGAN” after his stage win on July 3rd. On the 4th of July, I tried to do a flag, but had to have the stripes go north to south due to the grid layout in the Sunset (a neighborhood in San Francisco, California).

The ride that got me the most kudos and attention was my tribute to David Millar’s win on July 13. Millar replied to my tweet and started following me on Twitter for a while. Recently, I’m just training in the city and if someone asks me to try something such as Nyan Cat I will. Or if something else inspires me, I’ll do a ride. Last Thursday I found out it was National IPA Day, so that led to the Lagunitas ride. As for future plans, I’m having fun with this and definitely want to try some larger and more elaborate drawings, but probably not until my racing season is over with Masters Nationals in Bend next month. 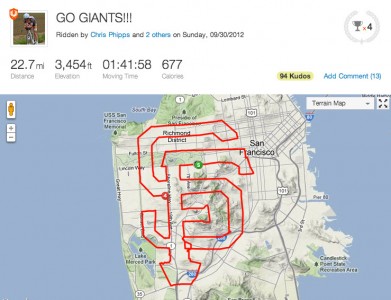 Strava Art from Others: 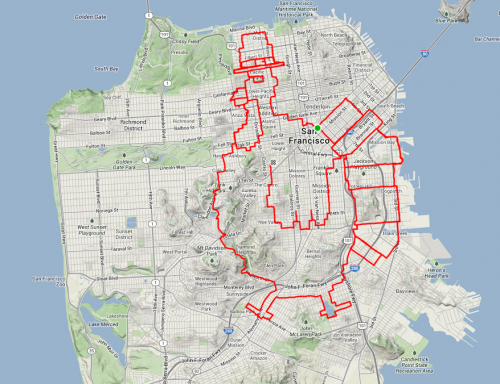 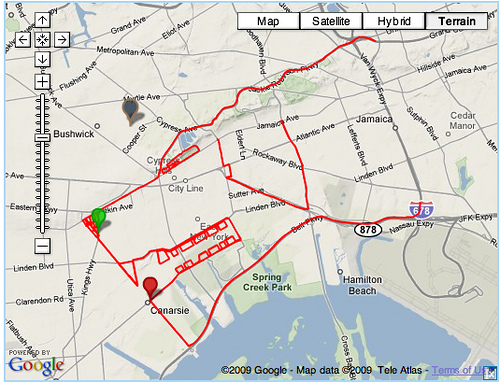 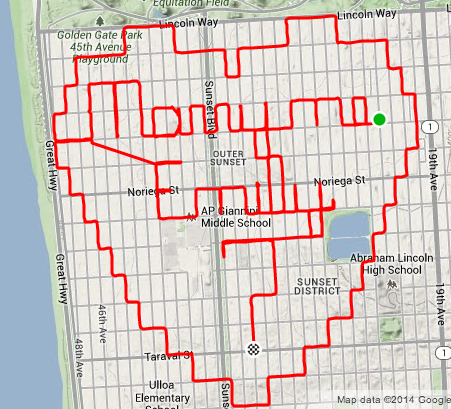 Thanks to Strava for providing the story above