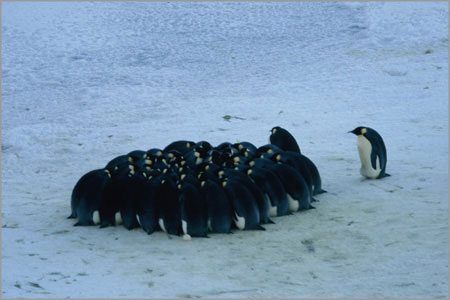 Statistics prove that there are risks associated with riding a bicycle particularly on roadways.  Statistics also prove that the more cyclists there are on the road, the safer they are. The premise of safety in numbers helps in that a greater number of motorists expect a cyclist to be there on the side of the road. Cycling safety is not going to change overnight, but the persistent efforts of cycling advocates, cyclists themselves, and awareness by motorists can go a long way to keeping cyclists safe.

Bicycle fatalities represent less than two percent of all traffic fatalities. However, statistics are not always a good indicator. Stats typically only include cyclists killed or injured in road accidents when reported to the police. Some cyclist casualties are not reported to the police, even when the cyclist is inured badly enough to be taken to a hospital. The figures might also exclude cycling accidents that occur away from roads. Although the number of deaths is accurate enough, there could be two or three times as many seriously injured cyclists and double the number of slightly injured.

What The Stats Say

743 people lost their lives in bicycle/motor vehicle crashes in the United States in 2013. It amounts to just less than about two people every day of the year.  Stats report that in 2014, 113 cyclists were killed in the United Kingdom. Injuries for both countries rise well into the thousands.

The risk varies by time of day with night time being more risky. Other variables include the experience of the rider, location of riding and many other factors. Until we have better data, the risk of cycling can’t be accurately compared to other modes of travel. Stats that rely on data per mile should be taken with a grain of salt. There is no reliable source for the data, because nobody knows how many miles bicyclists travel each year, or how long it takes them to cover those miles.

Even though safety in numbers is proven to make cycling safer, certain types of accidents are typically responsible for a large percentage of the accidents. In no particular order, common accidents might include:

Cycling accidents typically occur during the spring and summer months — May to September — with fewer occurring between October and April. This is likely due to the increased number of cyclists on the roads during this period.

Country roads only account for 32 per cent of cycling traffic but 58 per cent of all the cycling deaths. The main reason is obvious: speed.

A University of Colorado-Denver study shows that bicyclist safety significantly increases when there are more bikes on the road, a finding that could be attributed to the “safety in numbers” effect.

Wesley Marshall, PhD, PE, assistant professor of civil engineering at CU Denver’s College of Engineering and Applied Science says that: “Studies have hypothesized that when drivers expect to see a significant number of bicyclists on the street, their behavior changes. They are more likely to look over their shoulder for a bicyclist before taking a right turn.” The effect on behavior is then reciprocated by cyclists.

University studies have also indicated that the more cyclists, the better the overall safety, even for motorists. “In fact, we are beginning to find that cities with a high level of bicycling are not just safer for cyclists but for all road users”, said Marshall. “Improving the streets to better accommodate bicycles may enhance safety for everyone.”

The trend is clear in Britain. For example: York tops the list for safety where around only one in eight commuters cycle to work and only 0.1 percent are badly hurt in accidents each year. Not far down the road in Calderdale, West Yorkshire, fewer than 1 in 120 commuters use bikes, and those that do face a danger level 15 times higher than in York.

The phenomenon of safety in numbers could be at it’s greatest example in Denmark. In Denmark, the average person rides over 10 times further than his British peer every year but only has twenty percent of the risk of being killed.

Infrastructure is partly responsible for safety in numbers attitude. For example: Dutch riders enjoy car-free bikes lanes, secure parking at every train station and an automatic presumption of innocence in any collision with a car. The situation in the United States and the UK is very different. Cyclists are often determined to be the cause of the accident and are without the high prevalence of bike lanes, signs and overall bicycle awareness.

One way to improve cycling safety is to begin to portray cycling as an everyday activity, not just the guilty pleasure of young men and women with an assertive attitude and a wardrobe full of Lycra.

Millions more should be spent on infrastructure to improve cycling safety be it the lowering of serious injuries in cities or deaths on rural roads. However, an increase in old-fashioned courtesy might make a difference too. More cyclists means that there are more cyclists driving vehicles and cyclists who do drive, tend to drive with the thought of cyclists in mind.