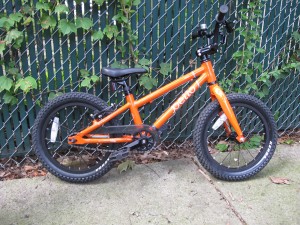 It is rare when a kid’s bike is exciting, but Pello Bikes managed to make their Revo a very exciting bike. After having kids ride bikes from mainstream bike shop brands, the Revo managed to blow them out of the water. They did it with a combination of well thought out geometry and a brilliant parts spec. Most current bike shop kid’s bikes get the geometry right (or close) but skimp on the parts. Maybe their thought is that kids will not ride their bikes that hard. Have you ever seen an enthusiastic kid ride? That bike is going to get thrashed. And Pello Bikes seems to know that.

Have you ever gotten on a bike that was not so nice, but it was the bike you had to ride at that moment. Now imagine doing that to every kid, ever in the history of riding. They will still be excited about riding, because well, we all are. But if you could make their experience that much better through dialed-in ergonomics and light weight (why should a bike be two-thirds of a kid’s weight?), how much better will they be at riding? How much more excited will they be to ride? How many kids have been turned off of riding by ill-fitting bikes? These might be questions that do not have exact answers, but relatively accurate speculation is easy.

The bottom line here is that Pello Bikes hit the mark, understanding that kids should ride a relatively light bike that fits great. Watching a kid jump straight on with no problems, moving up from his own twelve inch to a sixteen inch Revo, shows how easy it is. Sometimes transitioning to a new size takes time. It did not with Pello Bikes Revo.

Have you ever had to teach a three year old to use a coaster brake? They know all about pedaling forward to propel the bike. Engaging a coaster brake to stop is not a logical step for a small kid. Pello specs all of their bikes with at least one hand brake. It takes far shorter to learn how to use a hand brake than a coaster brake and offers better modulation. Pello goes a step further and uses a size-appropriate lever and V-brake for full stopping power (along with a coaster brake, which I think has gone mostly unused). A quality hand brake will save you from ruining at least one pair of shoes because your kid was using them to stop instead of the coaster brake. 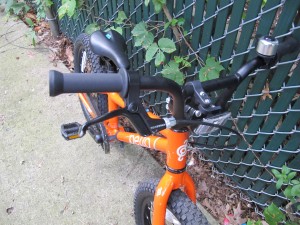 A concern I have with direct to consumer bikes is that the consumer has to build them. Not everyone is skilled mechanically or if they are, do not know how to build a bike (everything seemingly has its own quarks from fixing the toilet to working on a bike) . Pello Bikes thought of this and sent an owners manual with actual instructions. I have never seen such a thing before. Along with an owners manual, they provided a five and six millimeter hex wrench, which most cyclists have around the house but other people may not as well as a presta valve adapter. The tubes have presta valves, which is a curious choice. I am not sure where I would find a sixteen inch presta valve tube in the event of a flat, but until then, it is fine. The recommended pressure is too high in the owner’s manual. A forty pound kid does not need forty pounds of pressure in 2.1 inch tires. Less pressure will give a more comfortable ride and better traction.

Putting the bike together was straightforward and probably slightly easier than a standard kid’s bike with inferior parts. The only adjustments that may give a mechanical novice trouble were adjusting the V-brakes and the chain tension. Patience and attention to detail should get the job done. 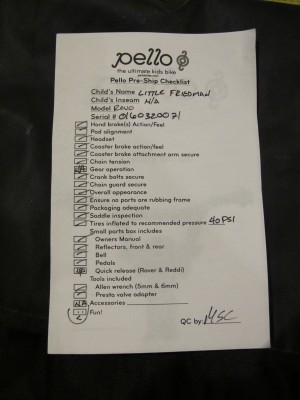 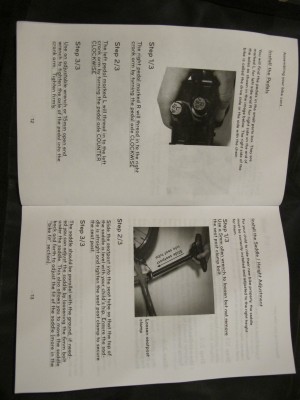 The Parts Are Better

Here are some highlights from the parts spec: 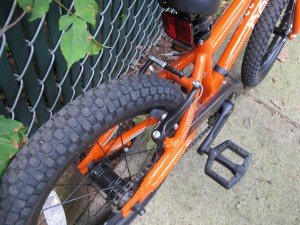 I never want to be the guy that gives such an effusive review of a product, but here it is. It happened. I have never been so pleasantly surprised by a cycling product, and this is after over two decades in the sport. Pello Bikes put together a great package with great support. The last thing people may balk at is the price – $299 for the Revo. It is a bit higher than a mainstream brand, but you will get a far superior bike. If you have a few kids that will use the bike over the years, it is well worth it as you can easily pass it down. The bike functions better and is more serviceable than its counterparts. This bike is a win for everyone – parents and kids. 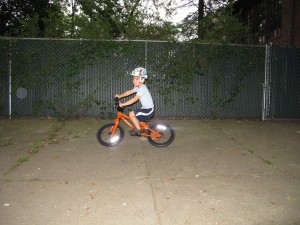