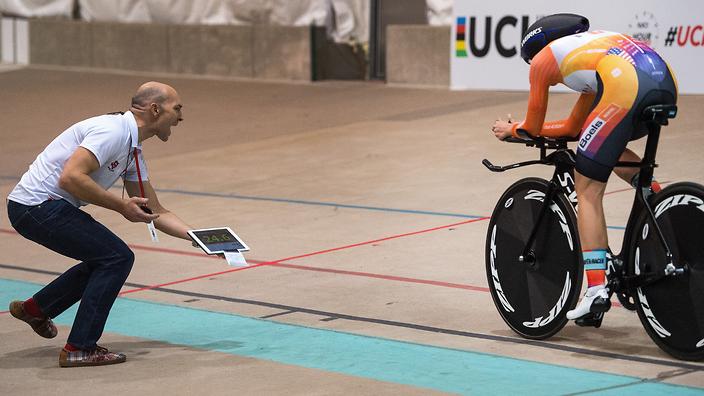 On Saturday the 27th of February, 2016, inside an inflatable dome built over an outdoor track in Colorado Springs, Colorado, American Evelyn Stevens set a new women’s hour record on a bike. She went 47.98 kilometers in one hour (29.81 miles) passing the previous record of 46.88 kilometers (29.13 miles) set by Australian Bridie O’Donnel one month prior. The hour record is something few cyclists, men or women, attempt due to the physical capabilities required as well as the mental challenges. Just what all is required to set a record like this and who is Evelyn Stevens? Surely she didn’t just come from an office job or did she?

What Is The Hour Record?

The hour record is simply how far you can ride a bike in one hour on a velodrome (a banked track specifically built for cycling ranging from 138 meters to over 500 meters but the majority are 333 meters where 3 laps equal 1 kilometer). There are rules however governing the types of bikes that can be ridden and what position you can have on them. Changes in 2014 to the rules allowing aerodynamic equipment to be used has spurred a resurgence into the number of attempts. A record setting attempt is officiated by the UCI (International Cycling Union) to make sure all rules are adhered to and that the record attempt is genuine including doping controls.

What You Need To Be Good At To Attempt It?

To even make an attempt at the world hour record you need to be an outstanding cyclist. The amount of sustained power you need is something only a few of the sports top athletes can sustain. On top of being a strong rider, you also need the mental aptitude to stay focused on your effort for a full hour. The mental aspect needs trained just as the physical aspect does. Also with the new rules allowing aerodynamic equipment, you need a bike that is at the forefront of aerodynamics. On the track, this consists of a bike that has one gear, no brakes, and basically only one position to put your hands. On top of all of that, you need to be able to stay in the same aerodynamic position while pedaling at your maximum. And of course you need to be able to deal well with an incredible amount of pain, push through it, and not let it slow you down.

Evelyn Stevens started off her ride with a slow opening first lap but quickly settled in to a pace of about 48 kph which is about 24 to 25 seconds per lap. She then held this pace for the duration of the hour. The last 15 minutes of an hour record attempt are the most difficult and Steven’s faltered a bit hitting a few of the foam markers and doing a few S-turns instead of holding a steady line. She however pushed through and kept pace to beat the previous record by 1,100 meters. She almost beat the all-time record of Jeannie Longo’s, now illegal position, falling less than 200 meters short.

Who Is Evelyn Stevens?

Evelyn Stevens is a professional road rider who rides on the Boels-Dolmans Women’s Professional Team based in The Netherlands. She however is from the United States and lives in California. She competes primarily on the road racing around the world but she didn’t start off that way. She was an analyst on Wall Street and found bike racing. She quickly moved up the ranks and eventually quit her job, signed a pro contract, and finished 15th at the cycling road world championships. A trajectory that shows that anything is possible.