The sport of cycling is steeped in history from the early days of no helmets being ridden across the cobbles of Northern Europe to the sunflower fields of France in July. Just to race these races at the highest level of the sport brings some amount of fame but those who have excelled and dominated have become ingrained in the sport as legends. These legends were famous in their day and continue to be years later. A few of these great riders became “great” through questionable means but despite their faults they are still known and recognized around the world. There are many famous cyclists out there; it just depends who you ask and where you’re from. These are a few of the most famous cyclists in the world from the past as well as present. 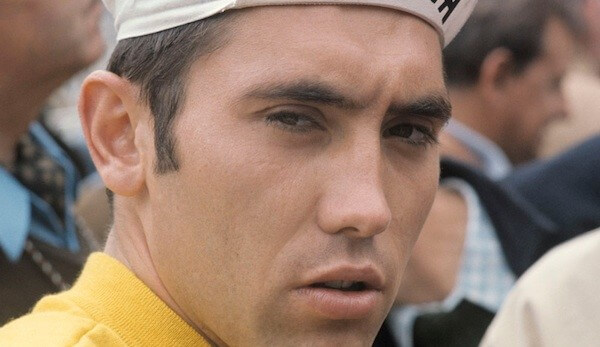 This Belgian cyclist is slated as the best cyclist of all time winning an absurd 525 times during his career which included five Tour de France’s, five Giro d’Italia’s, and one Vuelta a España as well as winning all five of the Five Monuments of Cycling: Milan–San Remo, Tour of Flanders, Paris–Roubaix, Liège–Bastogne–Liège, and the Giro di Lombardia. Furthermore he also won multiple World Championships as well as held the hour record (how far one can ride on a velodrome in one hour). What made Merckx more than just famous was the fact that he could not only win one type of race but could win them all, mountainous, flat, or otherwise. To this day he is still heavily involved in cycling and is still just as, if not more famous than he was during his heyday of racing. 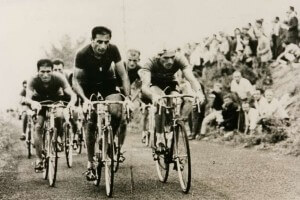 The Italian began dominating in cycling before WWII and continued after as well, winning multiple grand-tours, namely the Giro five times. He also won the World Championships and held the hour record for fourteen years. His rivalry with Gino Bartili is still one of the greatest rivalries in the sport of cycling. 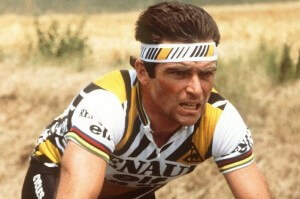 The Badger from France has won the Tour de France five times with twenty-eight stage wins as well as both the Giro and Vuelta twice during his career. He was respected as well as feared by riders in the peloton of his time due to imposing discipline and cooperation among riders to protest unruly stages for example. 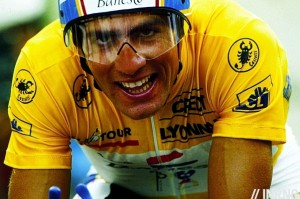 Indurain of Spain was a dominant force in the ‘90’s winning five consecutive Tour de France’s along with the Giro twice. His 6’2”, 176 pound frame is unlike that of most professionals especially any that were as dominant as he was in the Grand Tours. 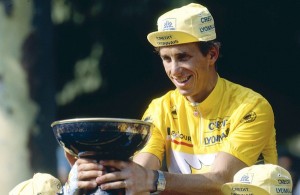 This American was the first non-European to win the Tour de France and he not only did it once but three times. He’s the only American to ever win the Tour de France. He also won the World Championships twice, being the first American male ever to win one, as well as was the first cyclist to ever be on the cover of Sports Illustrated with being named “Sportsman of the Year” in 1989. He was also the first professional cyclist to sign a million-dollar contract. LeMond continues to be involved in the cycling world to this day with his outspoken stance against doping. 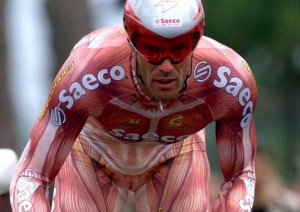 The Lion King of Italy is regarded as one of the greatest sprinters of all time with a total of 191 victories with twelve stages of the Tour de France and a whopping 42 stages in the Giro. He also has won Worlds along with many one day classics such as Gent-Wevelgem. Along with his sprinting dominance came his style which made him even more famous than he was already. He’s known for his long stylish hair as well as wearing absurd skinsuits in time trials. 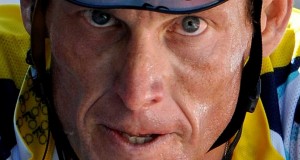 Lance Armstrong is, without a doubt, one of the most famous cyclists of all time with seven Tour de France victories, which have since been removed due to doping controversy which has probably increased his fame nonetheless. He also won the World Championships prior to having cancer which is part of what made his story so well received not only by the cycling public but the public as a whole. The sport of cycling received a huge boost in participation, often dubbed “The Lance Effect”, particularly seen in bike purchases as well as local race and event participation. His cancer foundation continued his fame and is still in place despite his removal. Even though he was “dirty”, as many cyclists were in his day, he will still be known for what he did on the bike and off as well as the manner in which he did it. He exuded confidence and dominance in the peloton, among teammates, as well as with the public. 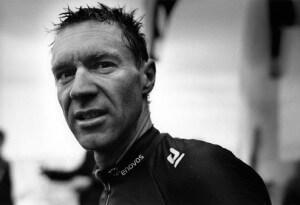 Recently retired German cyclist Jens Voigt is not necessarily famous for his large number of high caliber wins, which he doesn’t really have any in terms of Grand Tours or prestigious Classics, but rather is because of his riding style and fan-likeness. He is an overly aggressive rider who made his career out of getting into breakaways and riding hard all the time. His moto was “Shut-up Legs” which was printed on his top tube later in his career. He was not the most talented in any regard but due to his ability to suffer, he found overwhelming success at the highest level of the sport. At the end of his career, due to new bike regulations, he claimed the hour record briefly showing his strength and ability to suffer. Even as a retired professional he is still revered as a famous individual who had his own style to the top. 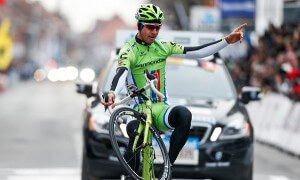 One of the most famous riders in today’s pro peloton is Peter Sagan of Slovakia. He is still a young rider at the age of 25 and is well known for his sprinting ability but is also very talented on all types of terrain including climbs. His most recent success came from winning the World Championships in Richmond, Virginia. With his diverse riding ability, he is also an innate bike handler coming from mountain biking. He can corner better than practically anyone in the professional ranks and is known for riding wheelies any chance he gets. Along with his ability on the bike, he is also a character off the bike, essentially a kid on a bike having fun but can turn attention toward other world issues such as the Syrian Refuge Crisis which he called out after winning the World Championships. With his young age and stardom already, he will be right up there with not only the most famous but also with the greatest cyclists of all time.

These riders are the most famous for their cycling accomplishments as well as likeability. There are many more, both in the past and present, but these few are often revered as the top. One of the great draws to cycling is seeing cycling greats unfold race in and race out, year after year. Knowing a few of the past riders and how they came to fame and greatness can show you what to look for in cyclists of today’s era who will be those greats tomorrow.