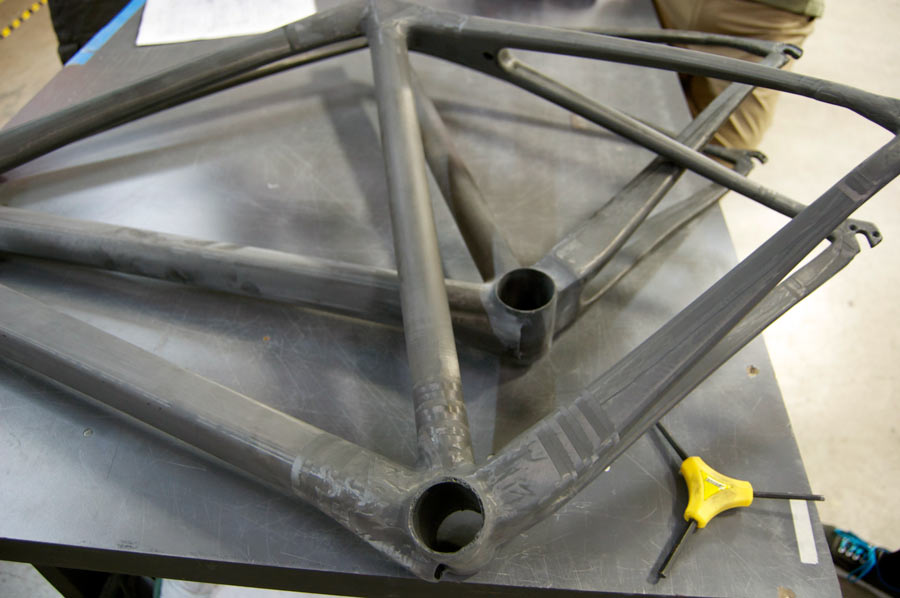 Carbon fiber bikes are the most popular performance bicycles on the market today because of their incredible strength to weight ratio as well as their stiffness.  Many companies have managed to create frames which are under 700 grams, yet they are strong enough to sustain the load from sprinting, climbing and high speed cornering.  The best carbon fiber bike frames are super stiff which makes for efficient power transfer at the bottom bracket and very little flex anywhere else laterally but allows vertical flexation to allow for a comfortable ride.  However, there are several things you may not know about carbon fiber bikes.

What Carbon Fiber Bikes are Made From

Most of the carbon fiber used in bike frames are constructed from organic polymers called polyacrylonitrile (PAN) (link to how it’s actually made).  They are made up of long continuous strings of molecules held together by carbon atoms.  Carbon fibers in bicycle frames are combined with epoxy resin in the simplest sense to take a pliable cloth-like material into and turn it into a rigid, solid material.

Bicycle frames are composed of bundles of carbon fibers held together by resin.  The carbon used in bicycle frames comes in what is called ‘sheet style’ or carbon ply and is woven together from spools of carbon fiber, much like a large spool of thread. There is another type of carbon fiber called chopped style which is very short in length compared to sheet style, and is used in products like pedals.

Woven carbon fiber has a number of different weave types.  The physical properties of carbon fiber is that it is strong in one direction meaning that perpendicular to the direction of the strand, it is week. Thus you need a strand going in that direction also to make the ply strong. This weaving can be done in a number of different ways to best utilize the strength of carbon fiber. Below are a few of the main types of weaves of which have different qualities of strength and thus are utilized on different areas of the bike depending on the approach of the frame design.

An example of one weave pattern can be seen on this stem. 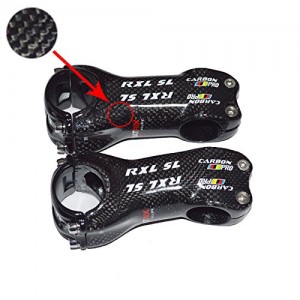 Carbon can be incredibly strong is some directions, such as a the forces imposed on a bicycle all work in the same direction.  However, the material is brittle in others, for example you would NEVER want to hit your top tube with a hammer.

Where Carbon Fiber is Made

Manufacturing carbon fiber is a difficult industrial process and only a handful of companies across the world have the capacity to make it.  Companies such as Mitsubishi, Toho, and Toray manufacture the majority of the world’s carbon fiber in Asia.  There are few domestic companies in the US that make less than one third of the world’s carbon. (Greg LeMond’s company is slated though to work with the Oak Ridge National Laboratory in Tennessee to develop low-cost, high-volume carbon fiber and not just for the cycling industry but a number of industries including transportation, energy, and infrastructure.)

How Sheets of Carbon are Made into a Frame

After you have the plys of carbon, (the carbon cloth) it is then cut into the shapes desired and is laid with an epoxy that consists of two parts; a hardener and a resin. There are many different properties that epoxy can take so refining it so it is strong enough yet not brittle while being able to withstand heat is a delicate challenge.

Each layer of carbon is laid by hand in a metal cast in the shape of the frame around a bladder that will expand to place pressure on the inside of the frame pressing the layers of carbon together. The frame will have different types of ply in different areas for performance and strength along with a different number of layers in each section of the frame. For example, there will be more layers of carbon around the joints as opposed to in the center of a tube.

Once the frame is fully laid with layers of carbon in the metal cast, it is placed in a press to hold the mold in place. At the same time the inner bladder is inflated which compresses the carbon layers together. This pressure allows the resin to flow while in an industrial oven to ensure a close contact of each layer of carbon. Once set, the frame is removed from the press and the bladder is deflated and removed. Typically each part of the frame is built in its own mold and then is fitted together after each piece has set.  The video below is of Giant’s manufacturing facility in Tachia, Taiwan which shows the stages from start to finish. Pretty cool indeed.

Pros of a Carbon Fiber Bikes

Carbon fiber bike frames possess the best weight to strength ratio in comparison to steel, aluminum, and titanium.  Carbon fiber bikes also have the longest frame fatigue and often companies offer lifetime warranties (excluding crash damage).  Carbon also is more comfortable since the woven fibers can dampen vibrations on long, bumpy rides.  Because of the flexibility of the material and strength is has, companies are able to design really cool unique bike frames that are durable and strong such as this Trek TT bike or the Cervelo P5. 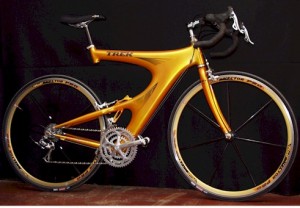 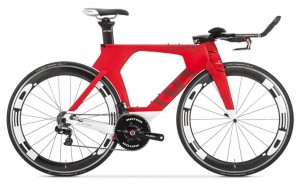 It is possible to repair a carbon road bike if you were to crash or crack the frame.  Most bike shops do not have the resources to repair the bike in shop, so most of the time the frame is sent away to specific carbon repair experts (such as a place like this).  It is suggested to NOT attempt repairing the carbon frame yourself with an at home kit, as the integrity of the job will not likely last.  The experts however, will add extra layers of carbon to extend around the damaged area to form a stronger, next to inseparable, bond becoming part of the existing carbon structure. 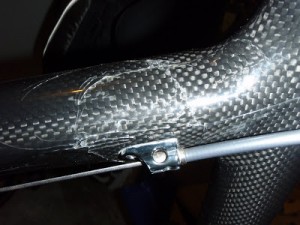 Carbon is just one of the several type of materials that is used when constructing bicycles.  While carbon fiber bikes may come with the highest price tag, there is a reason for it, and hopefully understanding a bit more about the material will allow you to greater appreciate the coolness and complexity of bicycle design!