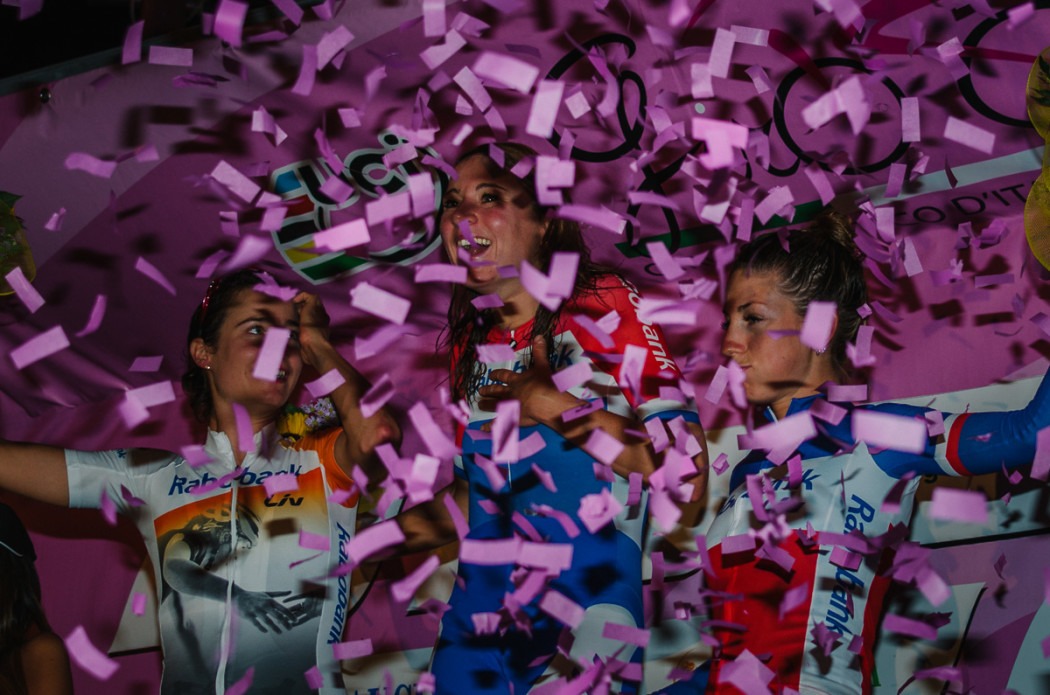 Whether you’re a cyclist or not, you have probably heard of the Tour de France. It’s one of the world’s largest sporting events and is the biggest cycling event on the planet. The race you probably have not heard of however but should, is the Giro Rosa. It is the largest women’s cycling stage race in the world and this year marks its 27th edition. The Giro Rosa is a race you should follow along with the Tour. It’s just as exciting and offers a different perspective on racing. And if you have a daughter, get them into it to show them that there’s more than just men racing at the top level of the sport. July is a month of bike racing for all to enjoy.

What is The Giro Rosa?

The Giro Rosa is a ten day stage race in Italy which is part of the Women’s World Tour. It also is the only Grand Tour left on the women’s calendar which used to include the Women’s Tour de France.

Where is the Giro Rosa?

The Giro Rosa takes place in Italy starting in Gaiarine which lies about fifty kilometers north of Venice. The race then travels into the Alps in the northeast of Italy for a number of mountain stages. The race then moves toward the flatter lands of noth-central Italy before moving along the coast of the Mediterranean. The race then heads to the outskirts of Milan and then finishes back in the Alps in the town of Verbania which is situated on Lago Maggiore, a lake with stunning views into the mountains.

Who is Racing in the Giro Rosa?

23 teams are racing in this years Giro Rosa of which the majority are from Italy and Europe but include riders from all over the world. Three teams to note are the Wiggle-High5 Team from Great Britian, the Cylance Pro Cycling Team, and Hagens Berman-Supermint both out of the US. Here is a full list of teams by nation.

When is the Giro Rosa?

The Giro Rosa starts on Friday, July 1st and runs through July 10th.

The Jersey’s of the Giro Rosa

When you tune into the Giro Rosa, you will see a few different colors from that of that other race in France. Instead of a yellow jersey, pink is worn by the leader of the race which is also Italy’s color. Purple is the sprinters jersey which is awarded to the rider accumulating the most points at designated sprint lines and finishes. The green jersey is for the QOM or the Queen of the Mountain and is awarded to the rider who receives the most points from designated mountain top sprint lines. The white jersey is for the best overall young rider who was born on or after January 1st, of 1993. The blue jersey is for the best overall Italian rider.

How to Watch the Giro Rosa

Unfortunately the coverage options for the Giro Rosa aren’t as great as the Tour de France but there are still ways to watch and follow. Rai Sport in Italy will have some coverage of the race which can typically be found on CyclingFans.com. Additionally, you can follow the race live on twitter @GiroRosaCycling with hashtags of:#GiroRosa and #UCIWWT. Here is a short video of the race from last year although it is in Italian.