Eating certain foods at certain times can, in a round-about way, help you burn fat. Food in itself will never directly result in your body burning fat. Your body simply doesn’t work that way. To reduce fat build up on your body, you need to burn it off. 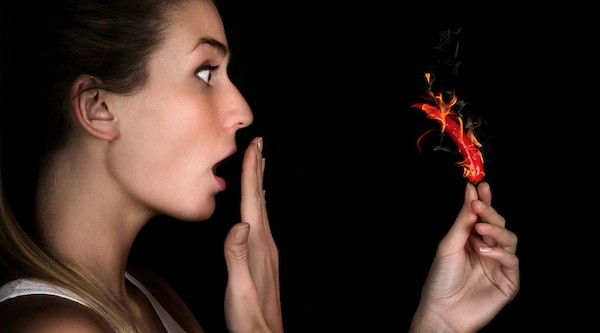 Fat has received a lot of miss-press particularly that of being able to burn it with other food as well as that eating it causes you to get fat. Both of these simply are not true. In fact, not eating fat can help contribute to weight-gain due to you actually eating more food as a result. To burn fat you simply need to consume less calories than you burn along with exercising regularly. Exercise is an important element because it requires more energy to complete and fat can be burned to obtain this energy.

Fat, particularly in the 1990’s, was labeled as causing you to become fat so a lot of foods tried to drop their fat content. This would result in foods tasting bad, so to make them taste good again, sugar would be added which actually can make you pack on the pounds, particularly since these foods are often highly processed. Fat does have a higher calorie content per gram, nine to be exact, whereas carbohydrates and protein each have four calories per gram. The thing with fat however is that it makes you feel more full and satisfied so you don’t have to eat as much. If you were to just eat carbohydrates instead, you would eat more calories because it would take longer to become satisfied.

Foods to Eat to Feel Full

The trick to eating foods that help you lose weight are to eat those that cause you to consume less calories. This can be done in any number of ways, but the best is to eat a diet high in vegetables as there is a lot of bulk with fewer calories, helping you to feel full.

The second is to eat more fat, as fat has high satiety. You don’t just want any type of fat however but rather healthy fats. These can be found in foods such as nuts, olive oil, coconut oil, as well as in meats. Foods like eggs and bacon previously thought of as fat-causing and artery clogging are things of the past. Eating a balanced diet including foods such as these will help you to eat less while still having the energy you need to ride and perform your day to day routines.

According to Health.com – Certain foods have a very high thermogenic effect, so you literally scorch calories as you chew. Other eats contain nutrients and compounds that stoke your metabolic fire. Feed your metabolism with these:

Whole grains
Your body burns twice as many calories breaking down whole foods (especially those rich in fiber such as oatmeal and brown rice) than processed foods.

Chicken Breast
Protein has a high thermogenic effect: You burn about 30% of the calories the food contains during digestion (so a 300-calorie chicken breast requires about 90 calories to break it down).

Green tea
Drinking four cups of green tea a day helped people shed more than six pounds in eight weeks, theAmerican Journal of Clinical Nutrition reports. Credit EGCG, a compound in the brew that temporarily speeds metabolism after sipping it. To up your intake, keep a jug of iced tea in the fridge.

Lentils
One cup packs 35% of your daily iron needs—good news, since up to 20% of us are iron deficient. When you lack a nutrient, your metabolism slows because the body’s not getting what it needs to work efficiently, says Tammy Lakatos Shames, RD, co-author of The Secret to Skinny.

Hot peppers
Capsaicin, the compound that gives chili peppers their kick, heats up your body, which makes you melt additional calories. You can get it by eating raw, cooked, dried, or powdered peppers, says Lakatos Shames. “Add as much cayenne or hot sauce as possible to soups, eggs, and meats.”

Along with eating the right foods to help you to feel full and eat less, riding and eating in certain ways can also help to spur fat loss. To burn fat more efficiently on the bike, start a ride without much to eat prior and only eat small amounts throughout as needed. Only follow this advice for medium to low intensity rides, if you are going to go for an intense ride make sure to eat enough food (especially carbs) to fuel you through the ride.

Everyone knows the Golden Rule of weight loss: burn more calories than you consume. Most people also know that riding at lower intensity is when you do burn fat and when you ride at higher intensity is when you burn carbs. So most people believe that in order to lose fat cycling they need to ride at lower intensities; unfortunately, this is not the case. Do you remember the Golden Rule? Well, if you ride at higher intensities you will burn more calories, so at the end of the day you will end up burning more fat.

Losing fat off your body isn’t easy and takes time, but with the proper know how you can start tackling your fat issues from the right angle. If you take the wrong approach, you’re not going to have the results you’re looking for.

Eat the right foods to feel full along with less carbohydrates on easy rides. And one thing to watch out for when you eat fat is not to combine it with simple carbohydrates and sugar as your body responds by converting these to fat on your body. These two combinations are not found in nature and release “feel-good” hormones in your body causing you to become addicted to them thus making it harder to get them out of your diet. Eat the right things and with will-power and sufficient riding your fat will burn away like you were eating something to get rid of it.