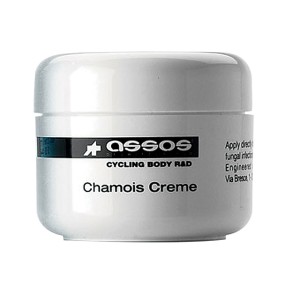 Chamois cream is one of those sorts of items that is slightly difficult to bring up in polite conversation, but can often still offer quite a valuable service to riders, particularly if they favour long distance riding and want to avoid issues with chafing.

For those who aren’t aware, chamois is essentially another name for cycling shorts and often refers to the padding that they contain that is intended to protect the rider from sores and other issues that can be caused by spending a lot of time in the saddle.

Unfortunately, in the past many people found that the material used in chammy’s reduced in quality after every wash, necessitating the need for something that could extend their shelf life while also adding to the required protection for the riders nether regions.

However, newer apparel is designed with the potential discomforts of a cyclist in mind, yet the cream is still in use. Here we take a look at what it is and whether or not it is something you should consider using.

What is Chamois Cream?

Chamois cream was created with the intention of reducing friction in a cyclist’s more delicate areas, particularly those that chafe against material on a regular basis. It essentially moisturizes these areas, thus increasing rider comfort.

Chamois cream is also anti-bacterial, which is useful should sores or blisters develop as a result of chafing. However, as mentioned, a lot of current cycling apparel accounts for these issues through the use of better designs and new materials.

Should I Use Chamois Cream?

At the end of the day, your decision really needs to be based around just how comfortable you feel in the saddle area when you are riding.

If you tend to just take your bike out for a short ride every so often, the likelihood is that you won’t see any benefit from chamois cream. After all, you won’t be experiencing high levels of friction due to the fact that you don’t spend much time on the bike, and you shouldn’t feel any discomfort from the saddle as long as the bike has been properly fitted to your body type.

Those who favour longer rides may have a good reason to consider the cream, though. Even the best of clothing materials and a properly fitted bike don’t always completely eliminate the issue of chafing, so if you find that you still feel sore in such areas after a longer ride, it may well be worth investing in a little cream just to help mitigate it a little.

This is particularly the case for road racers and others who not only ride over large distances, but also do it at speed. After all, increased speed simply creates more friction and, in many cases, the material in your cycling shorts isn’t going to be enough to completely prevent chafing.

Every individual cyclist is different, some riders are more susceptible to chaffing. There is also one final point to consider – the anti-bacterial properties of the cream. Saddle sores are extremely painful at the best of times, and the cream does offer some level of soothing for them in addition to ensuring you can keep riding a little until they heal. However, without any sort of treatment you may find your sores turn into abscesses, which will not only take you off the bike for a while but can also be rather dangerous to your health.

So I Should Use Chamois Cream! Definitely, Maybe

Simply put, any cyclist who wants to ride on a daily basis should definitely consider chamois cream. After all, anything that can help increase your comfort levels when on the bike is always a good thing, plus the cream can contribute to keeping you healthy as well. However, occasional cyclists will probably find that they have no use for it and should consider buying better clothing before opting for the cream.