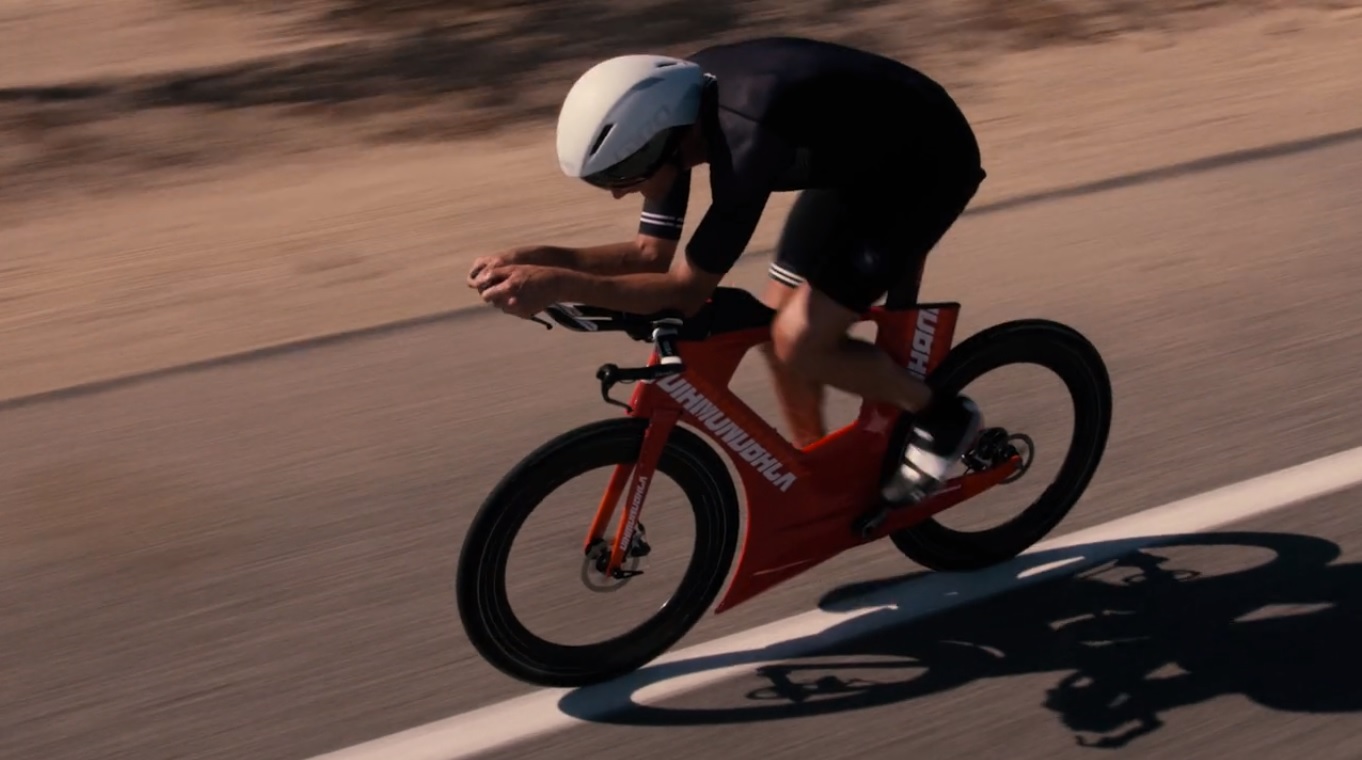 Trade shows like Eurobike in Germany and Interbike in Las Vegas as well as events like the Ironman World Championships in Kona, Hawaii, are venues in which companies frame the release of their new, top products. One revolutionary company and bike is the Diamondback Andean which is a triathlon specific bike that was built for speed. One of its signature design elements is the massive wing-like foil that fills the space between the front and rear wheel.
With innovations like this, bikes and riders simply go faster for the same amount of effort. It’s been toted that new records will be set with this bike but this brings up the question is it the rider, or rider and bike that make a winning combination. Of course if you can afford this bike when it’s publicly available, you can go faster but what about the athlete that can’t, or simply doesn’t want to spend this much money on a bike? They’re almost beat before they roll out on course. Where’s the balance with using the latest in technology and keeping sport at a level playing field? Let us know in the comments below.