If you are a cyclist then dating another cyclist can seem like the ultimate win-win situation and it definitely can be. However, there definitely some potential drawbacks worth considering before you start asking for numbers at the next race or group ride. 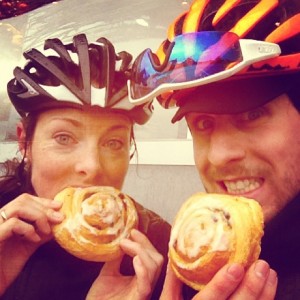 One of the biggest potentially positives or negatives of dating a fellow cyclist is riding together. If you are both recreational riders that are not stressed about power zones, training programs, or winning races then being able to ride with your partner could be a huge positive. Similarly if you are both stressed about power zones, training programs and winning races then riding together can be  really enjoyable. This works because you will only ride together when the training situation permits it, and nobody will be offended if someone has to sprint away on the climbs. The problems arise when someone is stressed about power zones etc. and someone is not. This leads to the classic “can I come” and “are you sure” situation which rarely turns out well. I personally remember one such situation that resulted in a 110km gravel road ride around a lake that contained a lot of pushes, two frustrated people, and an arrival home well after sun down.

The situations described above lead to this important conclusion: the smoothest cyclist-plus-cyclist relationships tend to happen between cyclists with similar cycling goals. If you’re a committed, serious cyclist looking to climb the ranks, the best potential boyfriend/girlfriend is likely someone in a similar situation. You will better understand and support each other’s commitment and challenges. I have seen this work for many cycling couples and it usually has a positive impact on both athletes’ results. Any cycling couple with similar goals can find this type of synergy. You don’t have to be struggling racers; from simply biking to lose weight or to be on the national team, having similar goals helps. 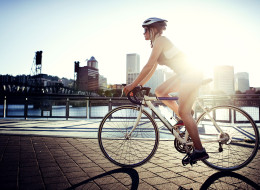 Cycling relationships happen, riding along looking at each other’s butts in spandex it is no surprise cyclist often end up dating. The downside is that after you stop dating a cyclist they will probably keep riding, they will look at other riders in spandex who will look back, and ….. it happens. The bottom line is that if you date a cyclist and then breakup they are probably going to date another cyclist which could be your friend, teammate, or arch rival. You need to be ok with this going in, or the local cycling community is going to start to feel really small really fast.

Maybe based on the information above you are a little less certain about dating a cyclist, don’t despair there are alternatives. An athlete that does a different endurance sport has many of the positives and avoids some of the drawbacks, the biggest issue with this alternative is that it can be really hard to meet an athlete that does a different sport. Another alternative is a retired cyclist, if you are a serious racer then dating someone who was also a serious racer but is now only riding recreationally can work really well. They will still understand your commitment to training, nutrition, and recovery without the “can I come” issues. 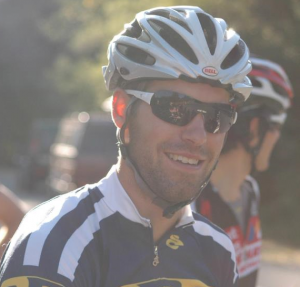 Craig Richey is a multiple time Canadian National team member, representing Canada at mountain bike World Cups and cyclocross World Championships. Having been involved in cycling for rougly a decade he has seen many cyclist relationships succeed as well as fail. Craig is currently doing an MBA in Boston, and recently launched SponsorConnected.com