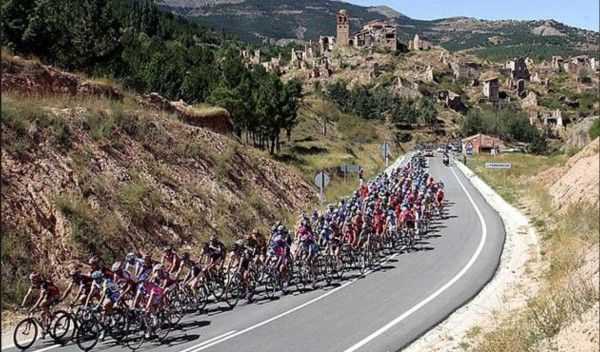 In July, as the Tour de France hits TV screens across the country, it seems like everyone in America is a fan of cycling. Even without the appeal of Lance and his American domination of the race, the coverage here creates countless new fans of the sport as they watch the best cyclists in the world duke it out on the roads of France. But if you want to up your cycling game, there is a whole lot more to the world of professional cycling than just the Tour. Here is a list of the next biggest events in cycling to fulfill your endless need for cycling!

The classics are the first major events on the professional cycling calendar, and offer some of the most exciting racing. There are 8 races, 5 of which are often referred to as ‘Monuments’, due to their historical prestige. Each race is a long one-day race, taking anywhere from 5-8 hours to complete. Milan-San Remo is the first race, and also the longest at almost 300 km. Since it is so early in the season, it often puts riders through some crazy spring weather. Next up are the Cobbled Classics, headlined by the Tour of Flanders and Paris-Roubaix – a series of races on the punishing cobbled roads of northern France and Belgium.  The Spring Classics finish off with the Ardennes races; most notably Liege-Bastonge-Liege, a grueling race famous for its short, very steep climbs that pile up in the closing kilometers of the race.

The Giro is the first of the three ‘Grand Tours’ – the longest and arguably most prestigious races in cycling. The climbs featured are often much steeper than those in the Tour, and especially in recent years, organizers have displayed a willingness to experiment with radical routes to give spectators an exciting race. The roads in the Italian Alps and the Dolomites are generally narrower and of poorer quality than those featured in the Tour, which can make for some interesting mountain descents. Weather often plays a big part in the mountains too – most famously in 1988, when Andy Hampsten rode through a blizzard over the highest pass in the race to take the leader’s jersey. Given the willlingness of the Giro to add new and exciting elements, it is surely a race to watch in the future.

The last of the grand tours, the Vuelta has been overshadowed recently by the Tour and the Giro, but organizers have been working hard to change this. As with the Giro, they have taken to adding more and more extreme climbs to shake up the race and inject excitment. It is also a race to watch for up and coming stars, since many riders who have already competed in the Tour or the Giro do not compete. Chris Froome, winner of the 2013 Tour de France first burst onto the cycling scene at the Vuelta. Last year, there was particular interest from North America, as Chris Horner rode to a surprising victory, becoming the first American to win the race, and also the oldest Grand Tour winner, at the age of 41.

Held near the end of the road biking season, the UCI Road World Championships determine the best road cyclist in the world, and the right to wear the famous rainbow jersey in the upcoming racing season. The location and course of the race changes from year to year, which makes this race the most unpredicatable of the major cycling races. Depending on the course, the race might end up in a mass sprint, a long breakaway, or be decided by punishing climbs. The race is also traditonally a circuit race, which is great for spectators, as they get the chance to see their favorite riders multiple times in the race.

If eight months of cycling isn’t enough for you, then cyclocross is there to fill the gap. Starting early in the year, it is a great appetizer to get your cycling enthusiam going after the down months of November and December. Cyclocross races are a hybrid between mountain biking and road racing – the bikes used resemble modified road bikes, but the race courses tackle dirt, grass, sand and mud in a circuit-style race. Races are often close and exciting, and full of spills and impressive bike handling ability.

Hopefully I’ve given you enough here to keep your appetite for cycling whetted year round. Coverage of these races used to be very hard to find, but with the surge in popularity of various streaming video services, a quick Google search will often point you to live coverage of all of these races. Just remember to get on your bike and imitate what you’ve just been glued to a computer screen watching for hours!