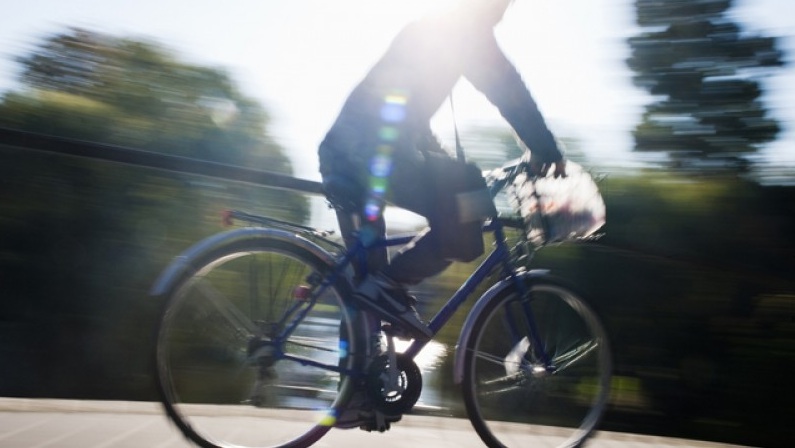 Cycling myths have been handed down through word of mouth, just like nasty gossip, growing more nasty with each personal version. But is there scientific evidence to support it? Probably not. Most common myths associated with cycling have been debunked.

The real problem with cycling myths versus science though, if you go looking for it, is that you can find a study contradicting almost any standpoint. With that being said, here are a few common cycling myths debunked with the majority of studies leaning in that direction.

You are more likely to get hurt in a car than on a bike.  You can manipulate the data in many ways but when you ride a bike predictably with awareness of your surroundings, then you are safe on a bike. The myth regarding bike safety is based in statistics that don’t add up when placed in perspective. Cyclists are about 11 times more likely to be killed than car drivers — per mile. A driver who travels 11 times as far as a cyclist in a year is just as likely to have a fatal incident. The risks involved in walking, cycling, and driving are comparable when in relation of time spent doing that activity. It’s not the bicycle that is dangerous. It’s the car that hits the bike that is dangerous.

In terms of the number of actual deaths, traveling by motorcycle and walking are both statistically more dangerous than cycling. Another statistics puts it into perspective: Coronary heart disease kills 75,000 people per year in the UK. The British Heart Foundation studies show that one-in-ten of these deaths, about 7,500, is attributable to physical inactivity. That makes it 75 times as dangerous to be a couch potato as a cyclist.

This tired old myth has been used to emasculate cyclists for years. It’s time for it to go away. Yes, you are sitting on delicate parts but even with a poorly fitting saddle this myth simply isn’t true. Getting a properly fitted saddle will however help with comfort on the bike.

The Mayo Clinic, and the University College London have concluded that there was no link between infertility or erectile dysfunction, and that many miles of cycling a week, even for more than 8 hours at a time, typically has no relation to fertility issues. In addition, study author Mark Hamer, PhD, reports that contemporary saddle technology is helping to relieve pressure on nerves to prevent that uncomfortable numbness that you might feel on a long ride; which is the likely source of the debate.

More bad mythology. There’s no scientific evidence to suggest that sex before a hard ride or race diminishes endurance or speed.  The abstinence myth propagation is thought to be in relation to the fact that too much exertion prior to competing withdraws testosterone from the body. Studies have shown that it’s completely the opposite. Sex actually stimulates testosterone production. Persuading your other half of this fact the night before you ride is another matter entirely

Sex within ten or twelve hours of a race or long-distance ride can actually help you to ride better because it can promote falling asleep faster. Aside from the enjoyment of engaging in sex, it’s proven to have have many other benefits such as boosting immunity, lowering blood pressure, promoting heart health, and lowering stress.

Road maintenance and infrastructure is funded from general taxation, which is paid by almost everyone, including cyclists, out of income tax, council tax, booze and sin tax, and other levies. Gas taxes that cyclists avoid, contribute very little to the overall transportation budget for highways.

About 90 per cent of cyclists drive cars and pay registration and licensing fees, which contributes to highway maintenance caused from big vehicles tearing up the highway, something that bikes don’t do at all. So in fact, cyclist pay more than their fair share of taxes.

Cycling organizations worldwide have debunked this tired old adage. It might feel safer to be out of traffic by hugging the curb but it’s not. You never want to ride closer than about 36-inches from the curb. Riding too close to the curb puts you at risk of getting “doored,” or hitting a pedestrian. In addition, drivers can’t see you because of a certain blind spot, and when they do see you, often attempt to squeeze past you. By riding further out, you make yourself more visible to drivers and force them to react to your presence.

Cyclists are encouraged to travel in the middle of traffic when riding at similar speeds particularly when there isn’t enough of a shoulder. Cyclists should assert their position on the road, but not be obstructive. Taking the lane is advised for safety. If cars have to wait to get around you, don’t be intimidated. You have every right to the lane. Some jurisdictions have already provided a law for this with the 3-foot safety zone, meaning that cars must pass greater than 3 feet of any cyclists.

Cycling Myths – You Must be Fit to Cycle

While cycling will definitely improve your fitness, you don’t have to start out that way. You don’t have to be in top physical condition to ride a bike. The perception that cycling is tough comes from bad bikes. Often heavy as hell, set up wrong with too low of a saddle or just a poor bike fit in general, under-inflated tires, brakes that rub, or from trying to pedal in too high a gear because you don’t understand how a bike works.

Anyone can cycle. But if you haven’t been on a bicycle recently, it’s not a myth to get a physical before going for it to any real extent. Cycling is low impact so it’s a great way to get in shape in general and then when that fitness comes, cycling will be even easier and more fun.