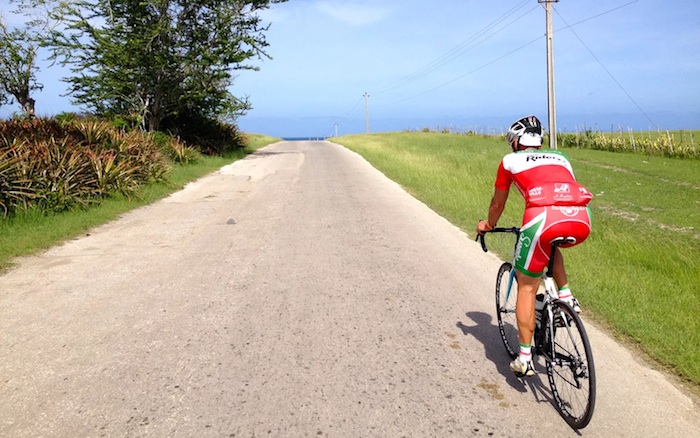 There is an old saying “a man cannot walk into the same river twice, as both the man and the river have changed.”

My entire adult life I have wanted to go to Cuba to explore the small island nation that had stood up against its mighty neighbour, and won…. forming a very unique place in our world.

I wanted to see how its people live their day to day lives after its well known revolution, and in what state the country was in first hand. With Cuba’s communist ways quickly softening, I felt that the sooner I started this adventure the better. The river that is Cuba is quickly changing and, in upcoming years, that change is sure to be in leaps and bounds.

When a friend asked me if I wanted to join him on a 14 day cycling trip in November to Cuba, I quickly jumped at the chance. This trip would be settling two scores for me.

Number one; I wanted to see Cuba at the ground level. The best way to do this is, of course, by bike.

Number two; after a very busy work year I wanted to escape from society, ever so briefly, and simplify my life to riding a bike, seeing good friends, and relaxing. The trip was shaping up nicely.

I was very curious about the north eastern province of Cuba called Holguin. When I put ‘Cycling in Holguin’ into Google, almost nothing came up. I had no idea about its roads, the people, the terrain,…the best rides. All of these were things that I picked up only after I arrived and was able to talk to people and explore.

Holguin is the area where Fidel Castro was born in the small town of Brian in 1926 and also where he returned to start the revolution with Che Guevara in the early 50’s. Watching movies such as the ‘Motor Cycle Diaries’ or the two movie series called ‘CHE’ before your visit would add a lot of value to your stay as you explore the area.

The revolutionaries lived in the mountains around Holguin for years gaining strength and attacking the American supported Batista regime before overthrowing the government in 1953. While riding in Cuba one is sure to encounter many monuments commemorating Cuba’s very active history.

As soon as I threw a leg over my bike it became apparent that Cuba has great quality roads….but not many of them! This is an area where most transportation and farming are done with horse and carriage. Dirt roads are the veins of this system. Exploring Cuba is best done on a gravel grinder, or modified cyclocross bike. My race ready, DI2 equipped road bike worked great, but to get to the meat and potatoes of Cuba, you need to access dirt roads. Think 30c tires minimum. I felt like there was a hidden world only accessible through exploring these side roads, and for my next adventure I would be sure to take a different bike.

When riding from the resorts you will find your options are either riding ‘left’ or ‘right’ as an out and back on paved roads. This is where the cross bike comes in handy as there are thousands of roads and mountains to explore in Cuba, BUT most of them aren’t paved. That being said if you are there for a week you won’t get tired of the paved routes.

If you are looking for a guide while in Holguin you will be greeted with very capable locals who tend to hang out in front of the resorts in the mornings. Some will be using bikes from the 70’s that should have been retired in that decade. They most likely will be using running shoes, but don’t let this fool you as they are very very strong riders. Most of the cycling gear Cuban’s use has been given to them by visiting cyclists, so expect to see shoes that don’t fit and parts working together that would make Joe Friel cry. Wheels and tires that are so thread bare that these locals are taking their life in their hands using them.

Should you take a selection of jerseys, helmets, parts, tubes or such as gifts, it is greatly appreciated. Most of the gear is distributed amongst the cycling community to those who need newer parts, or those who it fits best. 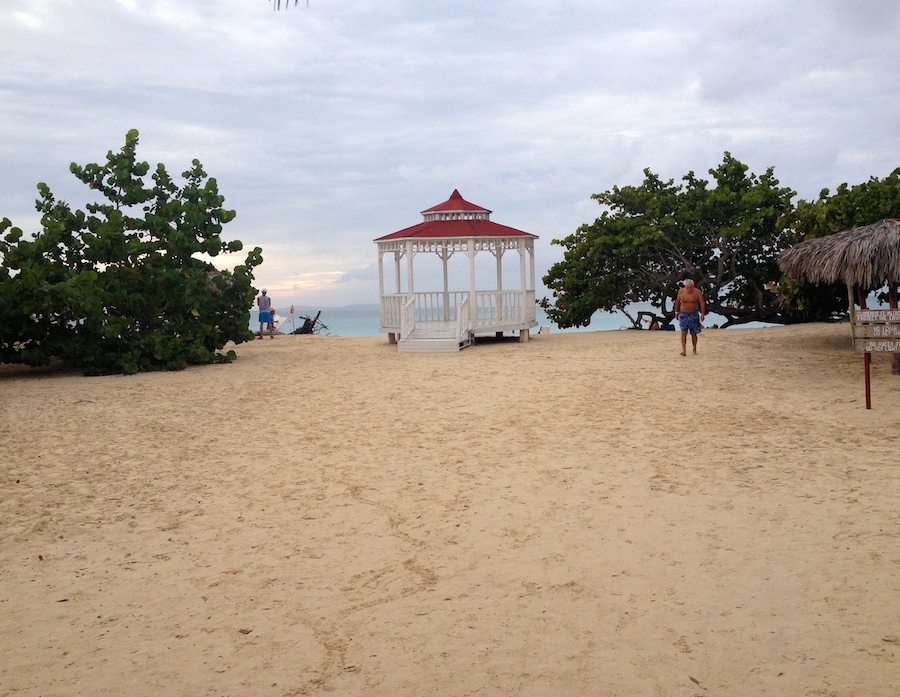 I stayed on a resort in the North Eastern part of the island. There is a large concentration of resorts in this area, and if you’re looking for a relaxing cycling trip this is the way to go. It is nice to romanticize about touring from one end of the island to the other while sleeping in a tent, and surviving on nothing but bananas and sugar cane. It’s equally nice knowing that after a long day in 30 degree Celsius heat you will have a shower, a bed, a meal and a place to let loose or even relax for the evening.

The resorts use the ‘star’ system most people are accustomed to. Don’t let a low star rating fool you however. The ‘stars’ system in Holguin Cuba doesn’t seem to indicate quality, but rather what type of trip you want, and amenities offered. Out of the blue I stumbled upon a very small resort which was only rated as 1 star, and was very inexpensive, yet beautiful, quiet and the definition of ‘middle of no-where’. The only prevailing noise was the waves from the beach and the wind in the palm trees. Instead of monstrous buildings, we were greeted with individual cabins that ran along the beach. If you were looking for some time to get away with someone special, and hide from the world I would recommend taking the time to check out locations in relation to the beach, and read forums and reviews. Cuba’s lodgings can be diamonds in the rough, and reward people who put in some work in the form of price, quaintness and beauty.

Cars and bicycles will forever be fighting for real estate, and one of the most interesting parts about Cuba are the cars. They are mostly made up of Russian era Ladas, with a few 50’s Chevrolets thrown in, and the odd Chinese car whose name no primary english speaker can pronounce.

Diesel is the fuel of Cuba, and as a result expect to be covered in grime after every ride. Because a Lada from the 50’s costs the equivalent of $20 000 CDN, you don’t see many cars on the road. Horse and buggy are the primary source of transportation. Overall, riding 2×2 you generally feel pretty safe as drivers seem accustomed to going around horse and buggies. 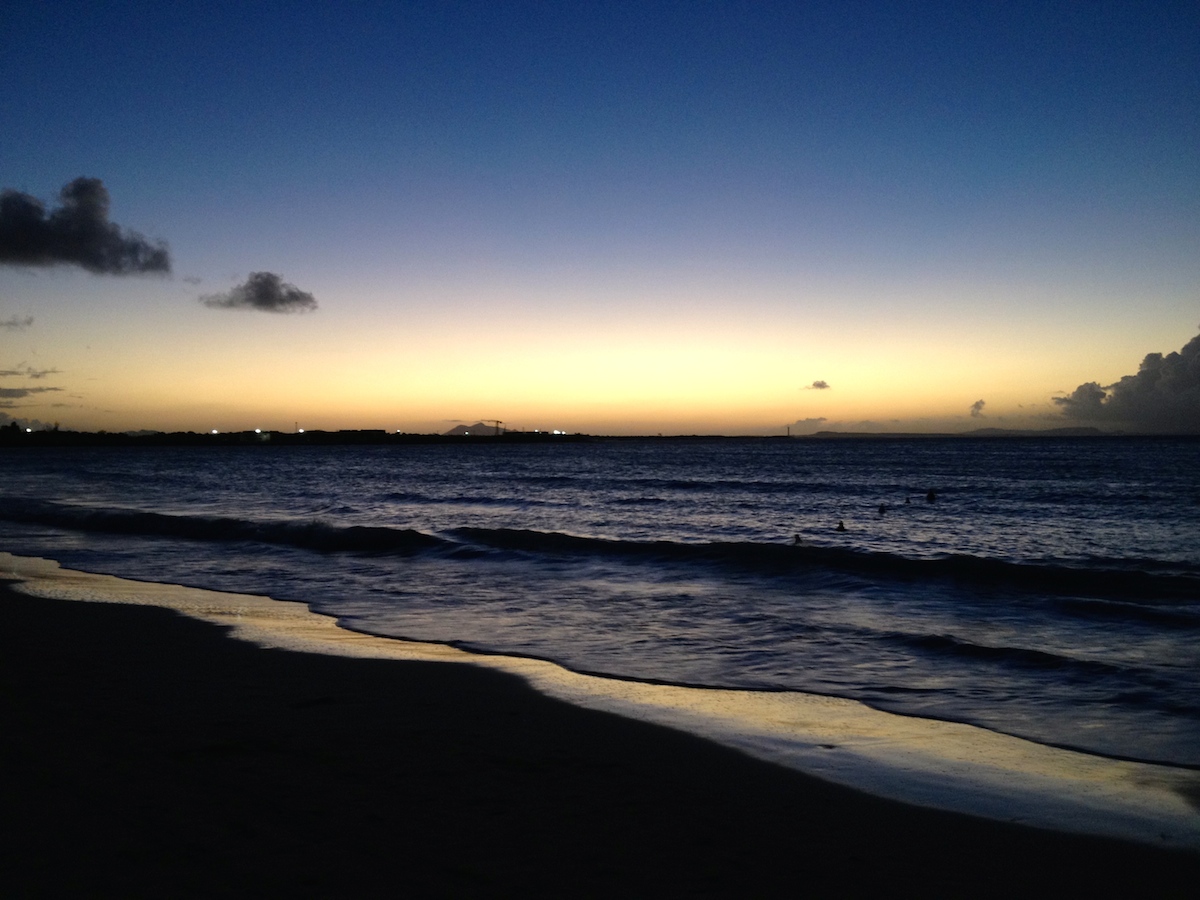 As expected, the beaches in Cuba are fantastic. The best ones are always the ‘locals only’ ones. Fortunately they are not hard to find. I would recommend Playa Blanco, which also hosts a monument to Christopher Columbus who landed in the area in 1492. It is worthwhile to relax and take some time in this area. There are a number of great ‘for locals’ restaurants, and also ones which have catered themselves to tourists, but in a charmingly Cuban way. These bear no flash or refinements North Americans are accustomed to, and the payoff is incredibly delicious and fresh fish usually caught hours before the meal.

There are 2 currencies in Cuba. Any tourist can change their currency for the ‘Convertable” where $1 CDN is worth about .75 CUC. To put this in perspective, 1 CUC is worth about $25 Cuban dollars which can buy a bag of cement. Cubans are loaned their land from the government, but have to build on it if there isn’t a house on it. So $1 CDN is a small fortune to them. Only recently have Cubans been able to spend the ‘Convertable’ currency as freely as the Cuban Dollar.

Be sure to tip often. Although there are very few stores while riding through Cuba, there are often people who will sell you a plantain or banana on the side of the road. Even in November temperatures hover in the 30’s with high humidity. 1CUC for a couple of bananas is a lifesaver to both you and the fellow you bought them from.

Make a point to ride through the smaller towns in Holguin Provence. It’s important to remember that this small country primarily trades with other Spanish speaking countries and was put in a tough spot with the fall of the USSR which was its primary supplier of goods, fuel, farm machinery, and other foods. You get a sense that a lot of farmers were forced to revert back to farming with oxen as regular parts and farm machinery left with the Soviets. As a result some things deemed a necessity by North American standards are either too expensive, have long waits to receive it, or are simply unavailable. 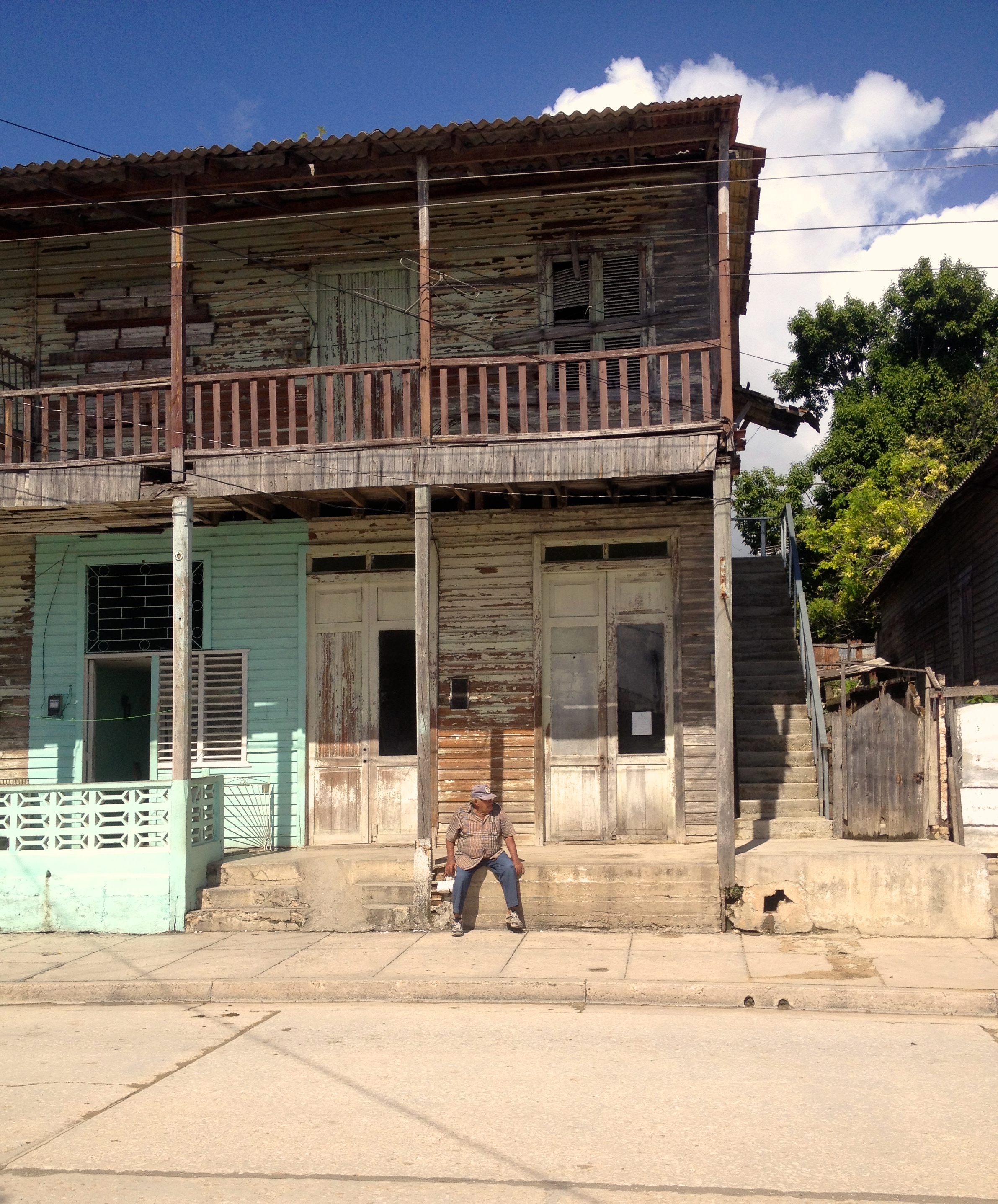 The rides for the most part are largely out and backs. If you wanted to do loops, expect to be in the saddle for over 150 km, unless you have a cross bike and a guide. The mapping system that I have seen only covers the larger arteries of the island.

Internet is sparse in Cuba. At the resorts you can typically buy it for around $2 an hour, but getting the cards to give you access is sometimes difficult. It is important to remember this is not a ‘supply and demand society’. The internet is still a new thing in Cuba and most locals simply don’t have ANY access to it. I’ve been told that some civilians do have it, such as doctors, to keep up with current studies and trends. 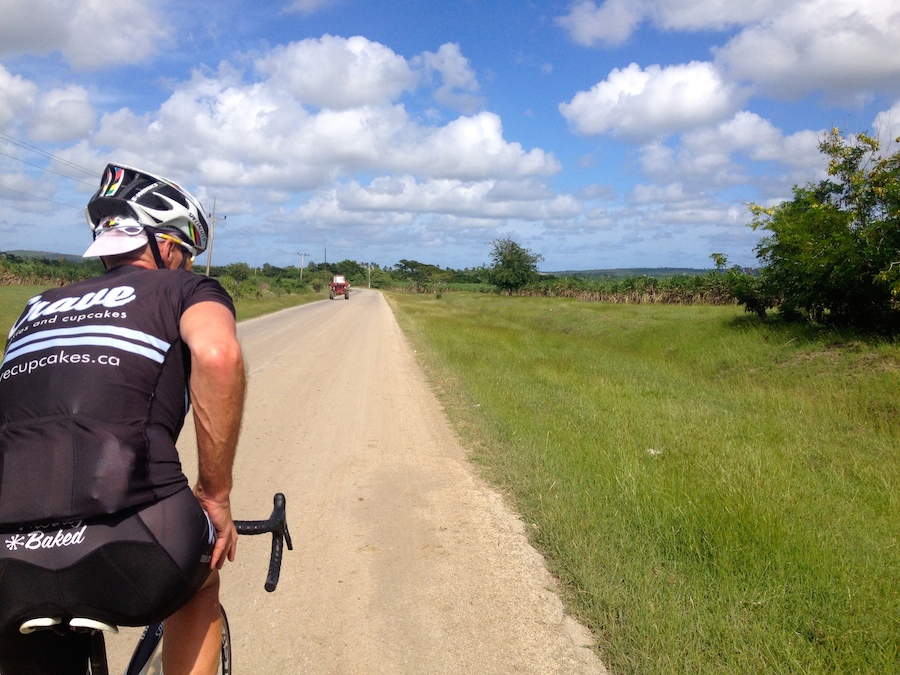 Overall Cuba is a land of contradictions. It is stuck in its adolescence in the world market, but has a very tumultuous history. As its communist ways soften it has shown its defiance to one parent, while building its relationship with the other, and as a result offers a very unique experience. Cuban history is still very much apparent, and easy to find.

In the next 50 years I feel Cuba will become a power house in cycle tourism. However, the raw, true experience that many want to see, will be watered down with each year passing as Cuba grows and evolves.