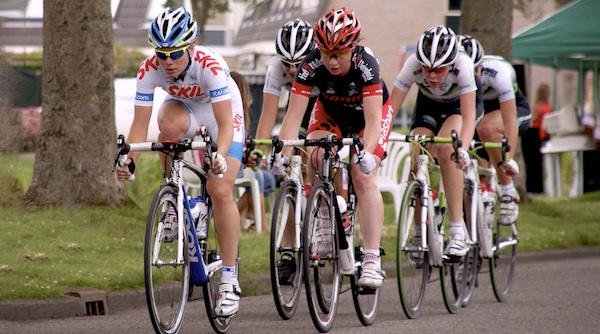 When you are out in the middle of nowhere and have exhausted all of your tubes, traffic can be a life saver to get you home. When you’re not in the middle of nowhere and there is traffic, it can be a pain that detracts from the joy of riding. The thing with most drivers is that they are just trying to get from point A to point B. They’re not out to hit you or give you a hard time. If you give them the proper visibility and space, they will avoid you and let you go on your way safely. A smaller percentage of drivers believe that the road is for them and them only. You are in their way no matter what and they are going to give you a hard time at any chance they get. It’s not you, it’s them. Knowing how avoid conflict as well as what to do if there is a problem will allow you to keep your cool in the heat of the moment.

The biggest reason that anyone will ever have a problem with you riding is if you are riding where the driver has to slow and alter their course down the road. Of course you are allowed to be there in the road but they don’t see it this way. When riding alone, make sure you ride where you are visible. Not down the extreme side of the road where traffic can’t see you but slightly in traffic. Here cars should be able to easily slide around you without putting you in danger. If there is not much room for them to pass, then slide right. When you are riding two abreast and there is a car behind you, as long as they have room to safely pass, keep riding two abreast. If the road is narrow or curvy, have the rider further out in traffic slow and move over behind the first rider. Even if traffic still can’t pass, this at least shows that you are courteous. They will most likely wait without issue and pass when it is safe.

Riding on narrow roads can already be a bit treacherous if there is traffic. If there’s no traffic they’re amazing. Narrow roads more easily create corners that can’t be seen around until the last second. Going into a blind corner, whether single file or two abreast, you should ride further into the lane to make sure that no vehicles try and pass you from behind. Make sure you are far enough right though to avoid any oncoming traffic that isn’t staying in their lane. When you are far enough into the corner and can see that there is no traffic coming, slide right and give a wave that it’s alright to come through if there is a car waiting behind you. This ensures that a car doesn’t try and squeeze past at the wrong time because if they do, they risk a head-on collision with you most likely being pushed off the road or worse.

The place that you are most likely to make verbal contact with a driver is when you are slowed or stopped at a red light. The best way to avoid confrontation is to make your lane changes clear and safe if you are turning. If you are going straight you can ride down the side of traffic on the right if there is a bike lane or ample room for you to fit. Then when you arrive at the first car, stop just to the right of it slightly in front of their bumper to make sure they see that you are there. If there is not room for you down the side, just stop at the back of traffic in the lane. Doing it these ways will minimize any time that a driver will have to say anything to you as well as give them the least amount of reasons to have something to say to you.

Unfortunately with riding, encounters with drivers will happen. If you do have an unfortunate encounter, know that you are in the right and they are in the wrong, unless you did actually do something wrong. If you did, admit to it and apologize and be on your way. If they were in the wrong the best thing to do is just acknowledge them but keep on your way. They want a reaction from you. If you do respond back, be polite with facts and the law. Those are two things that shouldn’t be argued with. That may be enough to have them on their way but if it still isn’t, revert back to just ignoring them and being on your way. The last thing you want is to escalate things and have them get out of their vehicle. If there is a bigger issue, try and have other people stop and be around to help prevent anything bad. Then contact the police and keep a cool head. Some drivers won’t back down so you need to make sure that you don’t make things worse.

Riding should be a fun and relaxing endeavour but when drivers create unsafe and unneeded situations it becomes less enjoyable. Ride in a way that is courteous to them and nine times out of ten they should let you on your way. If they do give you a more difficult time, be polite and keep the situation minimal. Larger problems can happen but if you follow these tips they can be minimized. Stay safe and have fun by following this cycling etiquette.