Introduction to Eating Disorders in Cycling

“If you lose ten pounds, you could be as fast as me” said a seasoned vet to a new cyclist at a local hill climb. The impressionable cyclist rode home thinking about how much faster they would be if they could only shed a few kilos. 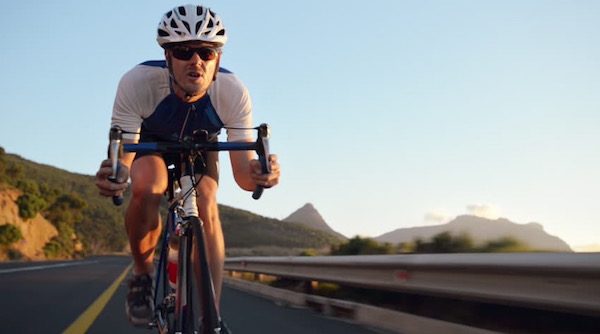 Eating disorders are prevalent in our sport. We don’t perceive them because the sport is incredibly lean to begin with, but in a culture shrink-wrapped in lycra, it’s only natural to obsess about the excess fat we carry around. Eating disorders in cycling are prevalent for a couple of reasons. Firstly, there is no denying that being lighter makes going uphill easier; weight has a substantial performance impact on the bike. Secondly, the idolized image of a featherweight in their skin-tight kit, floating up the local hill is another contributing factor that puts cyclists at risk.

Who Is At Risk?

Good news for adults. Studies show that the general population is not at risk. While there are certainly cases of eating disorders, relative to adolescents, there is not much to be concerned about. Cycling boosts confidence, and more frequently than not, logging time on the bike naturally trims the waistline. The chatter at the coffee shop is mostly harmless, and the 50 year old smashing a donut is not likely to be affected by his friend quipping about his belly. As the banter becomes more regular, cyclists begin to casually talk about weight outside of their circle of lyrcra-clad friends. We become desensitized to the impact of our words, especially on the people who look up to us. We need to stop talking about how much weight we need to lose.

Perception of Weight Are Influenced By:

Take note of who influences you, and who you are influencing. There is a good chance that your opinion affects someone you did not realize.

Adolescents and young adults are without a doubt vulnerable to adopting risky weight management methods. Over 15 studies in the past two decades have shown that the population under the age of 25 are significantly at risk of developing unhealthy eating habits. The semantics between peer-reviewed studies can be overwhelming, but the basic distilled facts are jarring.

The Unhealthy Facts of Eating Disorders in Endurance Sports

In two studies conducted in 1994 and 2004, Jorunn Sundgot-Borgen revealed some scary insights into eating disorders in elite athletes:

With these facts in mind, can we risk imposing our views on weight when the next generation of cyclists attempt to attain these unreasonable expectations? We should replace talk of losing weight with eating healthy and training hard.

Eat Like A Pro (and More Than a Pro)

Phil Gaimon and his dietitian are deliberately hyperbolic when they argue that 80 percent of the training is done in the kitchen, while 20 percent of the work is done on the bike. You don’t actually have to starve like a pro to achieve your desired weight. The plain chicken breasts and kale that Gaimon describes in a few of his books and interviews sounds unappealing (maybe the food is bland to prevent him from overeating), and the smoothie he drinks after every ride leaves something to be desired. But, as long as you are cooking what you are putting in your body, you’re ahead of everybody else. If you bake a cake, guess what? You can eat it. If you make a club sandwich for lunch, go ahead, eat it. The unprocessed, nutrient-rich food that you’re preparing for yourself will set you up for success. Stop talking about the weight that you’re losing, and start talking about the food that you’re cooking!

Water helps transport nutrients through the body, so that when we are exercising, our body is able to get what it needs to ride. Inadequate hydration will also lead to a drop in blood volume, which will wreak havoc on your body’s ability to access the oxygen it needs. It is difficult to hydrate perfectly on the bike, but as long as you start your ride properly hydrated, hydrate throughout and make a concerted effort to replenishing fluids after a ride, you will give your body the water it needs to operate like a well-oiled machine. The perception of feeling light when dehydrated is actually working against you. Get water in your system so that the hard work you put in on the weekends pays off.

Taking on the KOM & QOM

Weight is the default topic of choice when tackling the local KOM/QOM, but challenge yourself to discuss the tougher topics instead— The ones that we have control over and an incredible knack of ignoring.