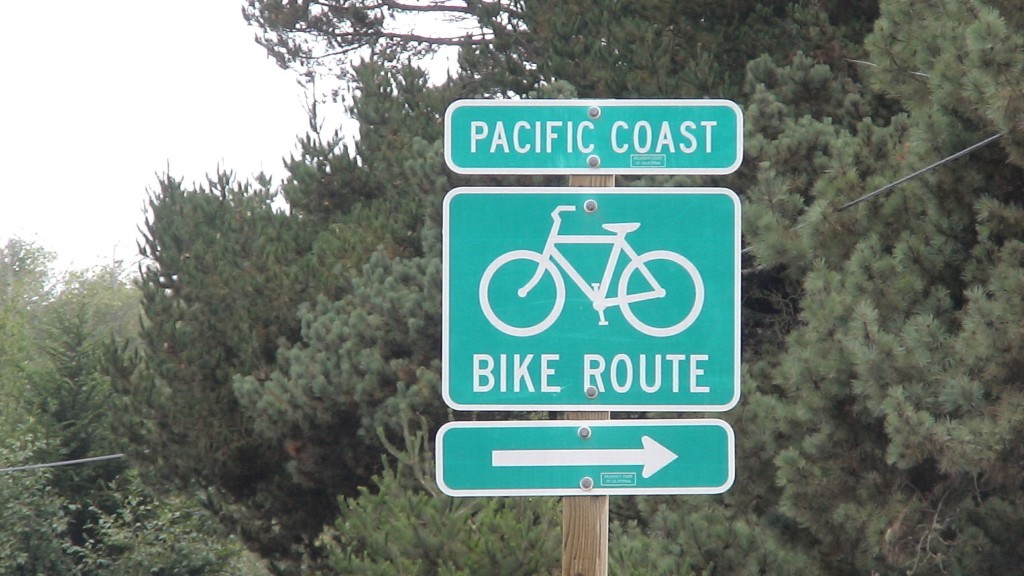 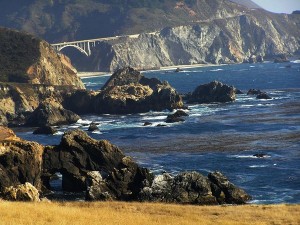 After 58 days of biking from Vancouver, Canada to Cabo San Lucas, Mexico, my sister and I are by no means experts at biking, nutrition or repairing our bikes. However, our journey opened our eyes to a new meaning of biking and traveling. More importantly, it gave us a glimpse of the U.S. and Mexico that those who R.V. their way down Baja or stay in an all inclusive resort simply do not get.

After several months of people back home telling us we shouldn’t or couldn’t do it, we left with both fear and excitement of the unknown. The U.S. Pacific Coast is one of the most bicycled routes in the world – but Mexico… not so much. There are several well written bicycle tour guide books most follow when biking from Canada to the Mexican border. Of all the cyclists we met on our journey, every person with a book had ‘Bicycling the Pacific Coast’ by Vicky Spring. Apparently this is ‘the book’. It had everything you could want from camping, grocery stores, showers and sights to see, right down to the mile marker. However, we didn’t bring any book and it turned out fine for us. There were enough cyclists we met along the way who were all happy to share any information.

I’m not going to go into too much detail of why one should have biking the West Coast on their bikeit list. The reasons are pretty self explanatory in terms of the natural beauty, safe biking route for almost the entire way, affordable and awesome hiker/biker campsites and the good weather (if you hit it right). We departed Vancouver on September 22nd, so the weather was a bit chillier than we would have liked. It actually rained every single day and night we were in Washington and into Oregon. The scariest part for us was crossing the 4 mile Astoria-Megler Bridge at the Oregon border during a small hurricane. The bridge had no shoulder, heavy traffic, and crazy side winds that would come in giant gusts and push us into the traffic. It was really, really scary. The hurricane lasted three days after we made it to Seaside, OR. We were lucky enough to stay in a very generous man’s home for 3 nights otherwise camping would have been miserable!

The weeks leading up to the Mexican border through California was nerve racking. The roads were very, very bike friendly and the traffic was pretty mellow. Road biking in Southern California is popular and there were cyclists all over the road in both directions. We looked a little out of place with our bikes all loaded up with gear. Most cyclists would slow down as they passed us to have a little chat before accelerating again. Every single conversation went something like this: “Where are you guys coming from and where are you headed?”

“We started in Vancouver and we’re headed to Cabo San Lucas,” one of us would say. The cyclist would reply with a very stern and disproving look, “I would not recommend doing that. I got my car stolen a couple years ago after spending a couple of days in Tijuana. You’re going to get your head chopped off!”

Then they would go on to say that the road was not possible to bike on because it is too narrow and bumpy and if you bike off the road you will plummet to your death. After a countless number of the same conversation, we got pretty nervous about what Mexico was really going to be like.

Of course, after all the hype about the dangers of Mexico, it turned out to be one of the best parts of the journey. We decided to boycott the Tijuana border and instead go 50 miles east to the Tecate crossing. The Tecate crossing is an alternate route for truckers who don’t want to deal with the hustle and bustle of Tijuana. We got across that border no problem and made the decision to take a bus 300 km out of the northern region to avoid any potential dangers. We started biking again in El Rosario. After 10 km into our ride we realized that we were going to be totally fine going through Baja. The road was almost entirely paved, with a few sections that were bumpy or under construction. The road is indeed narrow but there was so little traffic that it wasn’t a problem. Don’t get me wrong, we had to be very aware of traffic at all times, because if two R.V.’s or semi trucks were coming in both directions we needed to have time to get off our bikes and move off the road to give them room. 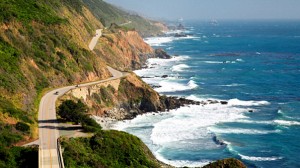 It is no secret that Mexico has developed a negative image for tourists over the past few years. After traveling three weeks down Baja on bicycles we have seen nothing but generous people. The people in rural Baja live simply, have little, and yet are some of the most friendly and helpful people we have met. Almost every single vehicle who passed us gave us plenty of room and a friendly wave, thumbs up, or words of encouragement. Even though we don’t speak the same language they still invited us into their homes and showed us the happiness simplicity can bring. It’s funny how 95% of people warned us about Baja and yet we experienced the opposite of their warnings. When you combine the language barrier, the remoteness of Baja, the extreme heat and traveling by bicycle, we were forced into situations we would otherwise never have experienced. Going out of our comfort zone ended up being the most memorable of the whole journey!

Guest Post by Sandra MacDonald. Get more detail of their Epic Journey here.