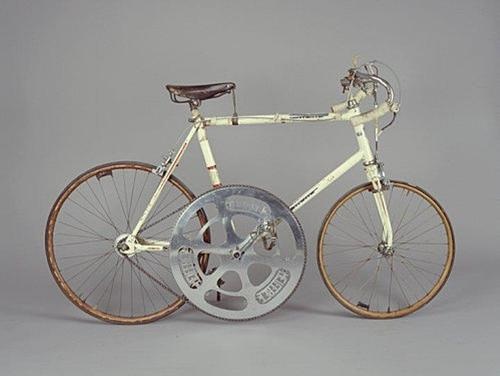 Bicycles are full of perplexing choices; what saddle and tires to use, what size bars and length cranks fit best, what pedal system suits you. Perhaps the most perplexing and difficult choice is understanding bike gear ratios and what gearing will work best for you. Now with cassettes with up to eleven cogs, it may seem like there are unending options.

Cranksets set the tone for bike gear ratios on your bicycle. In general, there are three size options that will dictate your gearing and also set your bike up for its intended use.

A standard crankset has a one hundred thirty millimeter bolt circle diameter (or BCD, Campagnolo cranks have a one hundred thirty five millimeter BCD). Almost always, the chainrings on standard cranks are fifty-three teeth and thirty-nine teeth. For many, many years this was the only option. Today it is still the choice for racing, unless you will be tackling the steepest and longest of climbs consistently in your rides and races.

Compact cranksets allow a wider range of gearing options with their 110 millimeter BCD. Most often they will come with a fifty tooth and thirty-four tooth pair of chainrings, but increasingly you will find fifty-two tooth and thirty-six tooth pairings. The former is a great all-around combination, especially if you are tackling significant climbs. The latter gives an easier gear for climbing and still has a big enough chainring to not lose very much top-end speed when compared to a standard crankset on the downhills and flat. Compact cranksets are now stock on most new complete bikes.

Until compact cranksets came out, triples were the only way to get a bike dedicated to climbing. The third chainring makes for a slightly heavier and more complicated shifting system. Today you will almost exclusively find them on touring bikes hauling heavy loads, unless it is a climbing bike for ascending the steepest pitches. Compact cranksets, with the right cassette can get a low gear that is very close to the low gear on a triple.

Your cassette will fine tune the gearing of your crankset. The flatter your riding, the closer your gearing should be on your cassette. You will encounter fewer difficulties on your daily rides. With eleven speed cassettes, you could get a eleven/twenty five (referring to the smallest and largest cogs) cassette and never be overgeared and never have more than a two tooth gap between cogs.

The biggest cog on a cassette you can use with a short cage rear derailleur is twenty eight tooth. Paired with a compact crankset, it is sufficient to ascend all but the longest and steepest climbs. If you need lower gearing, you can get a medium or long cage derailleur and get up to a thirty-six tooth cog. Note that you may have large gaps between cogs, although that is offset by your ability to get over serious difficulties with relative comfort.

With cassettes less than eleven speeds, you will not have all of the potential options available to you, but you can still find a cassette that will suit your needs. Large cogs are still available and so are cassettes with small gaps between cogs. The small sacrifice you make is not having both large cogs and smaller gaps. It is generally not worth swapping over to a completely new eleven speed setup unless your group is worn out too.

A very new option for drivetrains is a one by eleven. That means you have one chainring and eleven cogs. Before manufacturers made dedicated one by eleven groups, riders would cobble them together with different means of retaining the chain. In the modern version, the chainring alternates wide and narrow teeth to correspond to the gaps in the chain and mate with the chainring better. The resulting bike should be less complicated mechanically and slightly lighter. You will require a very wide cassette to accommodate varying terrain because you lose a chainring. These setups are popular in cyclocross and mountain biking because you are generally in a low gear already.

Fixed gear and track bikes only have one gear. This makes gearing selection specific and critical for the discipline or riding that you will do. Track cranksets have a 144 millimeter BCD, although a fixie on the road may have whatever came out of the parts bin. The best way to figure out what gearing would work for you fixie is to ask other fixie riders in your area what they are riding. Remember that you cannot coast, so you need an easy enough gear that you can make it up the hills but hard enough that you are not spinning out uncontrollably on the descents.

For track, different disciplines require different gearing. You should have a few chainrings and cogs at your disposal for the different events. Figure out what works best for you; this may change as you get stronger.

In some ways it has gotten easier to make the choices on bike gear ratios as manufactures have made cassettes with more and more cogs; while the mechanics have gotten more complex, the gear ranges on offer are wider. Finding the right setup will take your mind off the gear and let you enjoy the ride. Do your homework and make sure you have the right setup for the riding that you’re doing be it around town, on the trail, or in the hills. 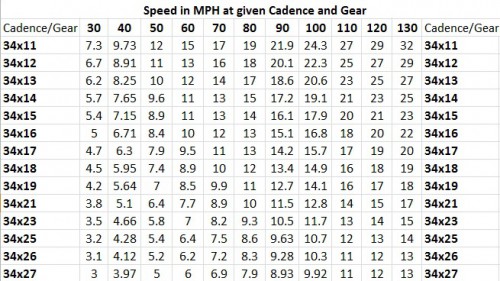 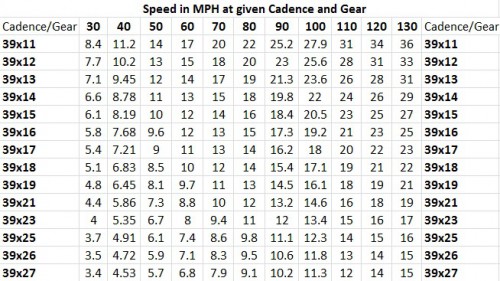 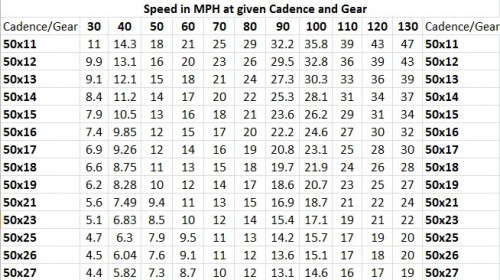 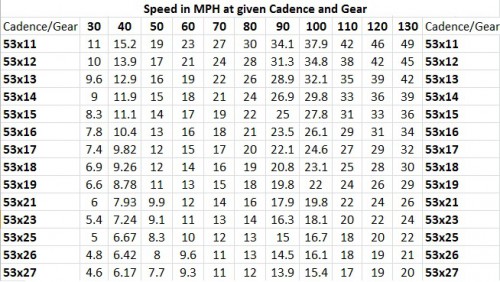