Women and men come in a variety of shapes and sizes. The choice of a women’s bike saddle is all about the individual and her needs as a cyclist. As far as purpose goes, it’s perfectly acceptable for roadies to put mountain bike saddles on a road bike, and vice-versa. It’s done all the time. With that in mind, here are a few good saddles for you to look at and consider. Specs and pricing may differ per location and dealer. 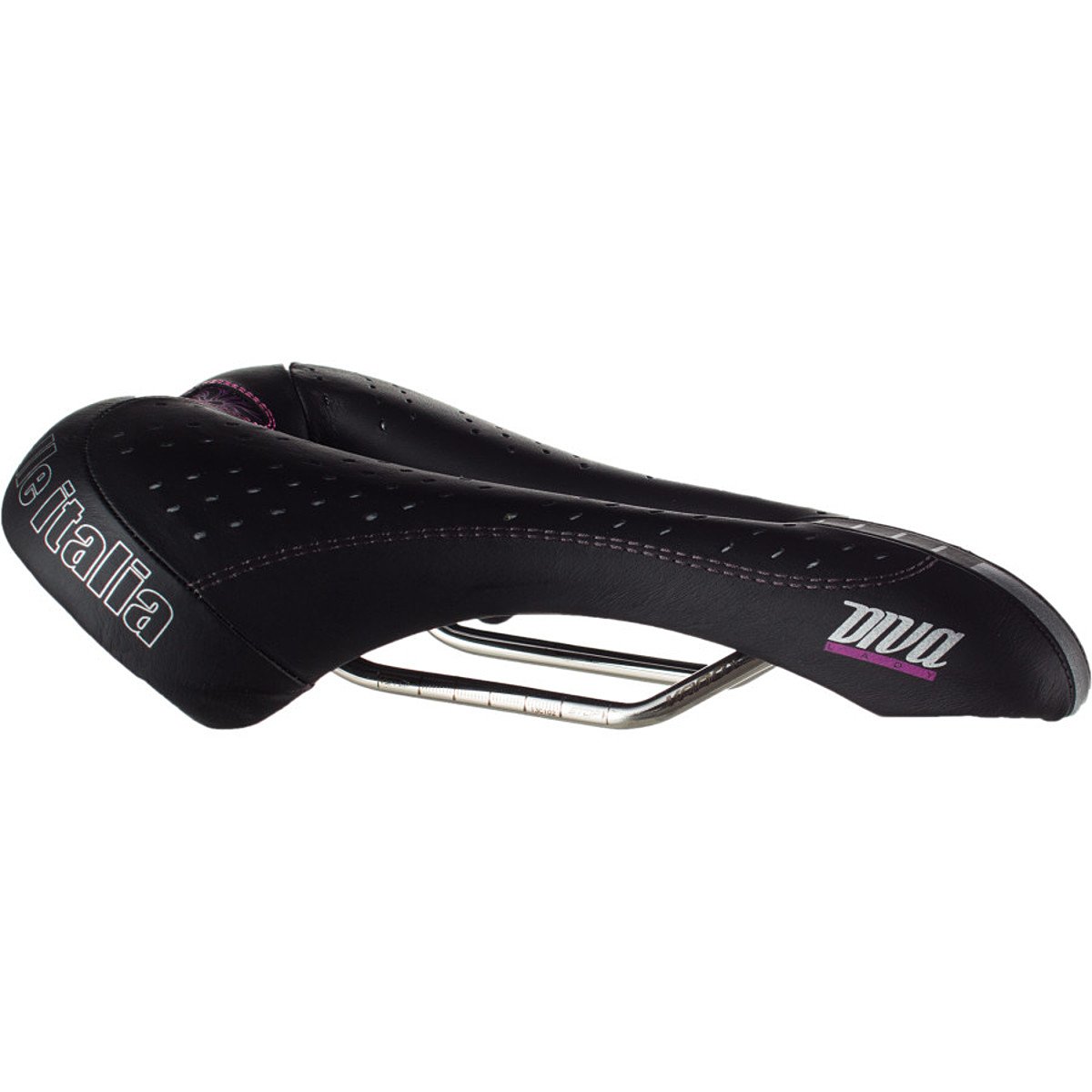 This great looking, women’s bike saddle is designed to bring unparalleled riding comfort and performance to your road or mountain bike.

Reviewers say that the silicone gel inserts and elastomer suspension shock absorber system make the Selle Italia Diva Gel Flow the most comfortable saddle for immediate results. It’s not designed for racing. The Selle Italia Diva Gel Flow is perfect for those purchasing a saddle for the first time or even those looking to take their cycling to the next level. $159.99. 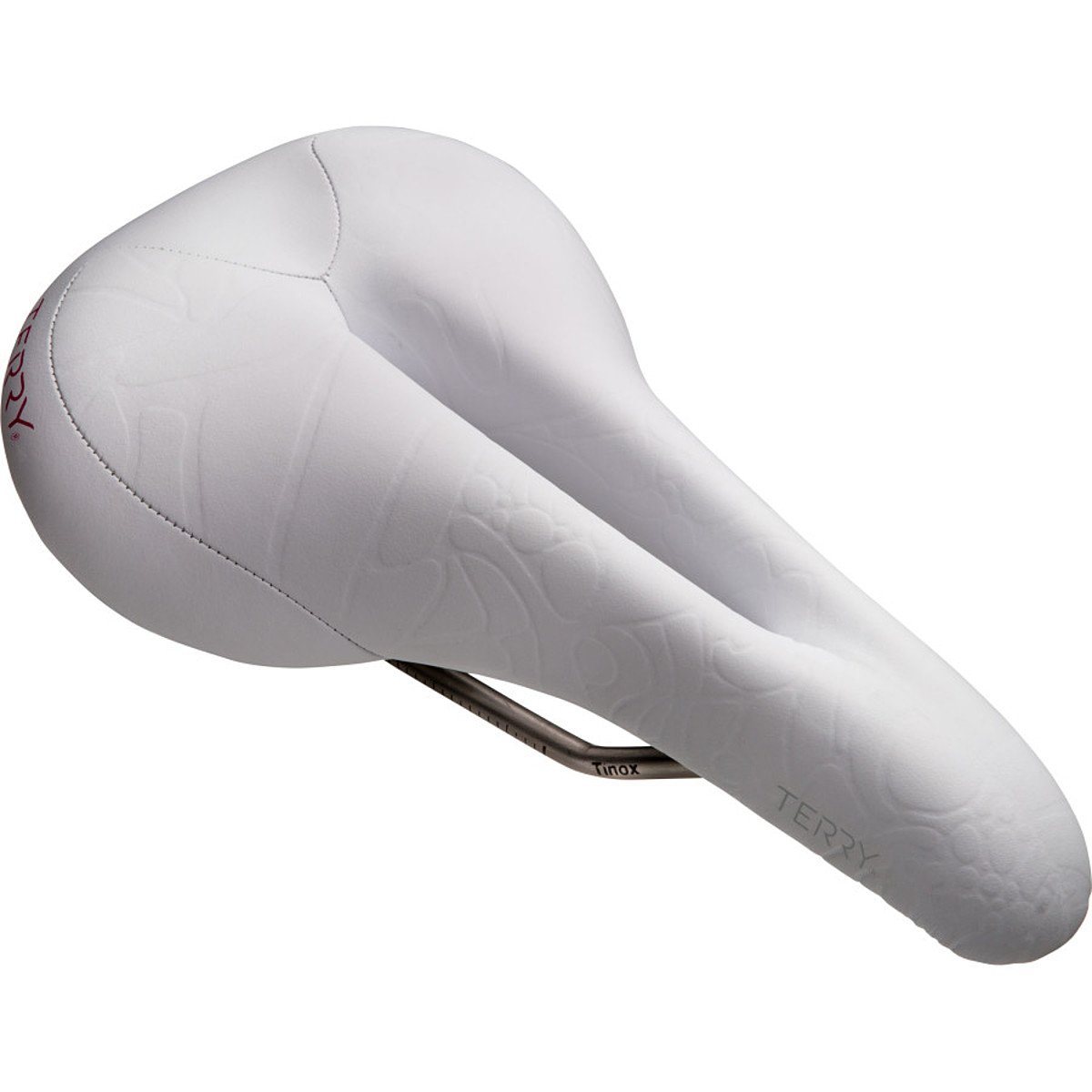 Terry has been designing and testing saddles with female athletes, distance riders, and recreational cyclists for more than two decades. The Italian-made Butterfly is wider in the rear than typical race saddles for good support of a woman’s sit bones. It has a complete cut away through the nose and mid-section, making it flexible and comfortable against soft tissues. It’s low profile, with a flat top and multi-density injection foam that’s stiffer in the rear makes for more power while pedaling. Textured leather wears beautifully over time. It’s completed with a debossed butterfly graphic.$159.00. 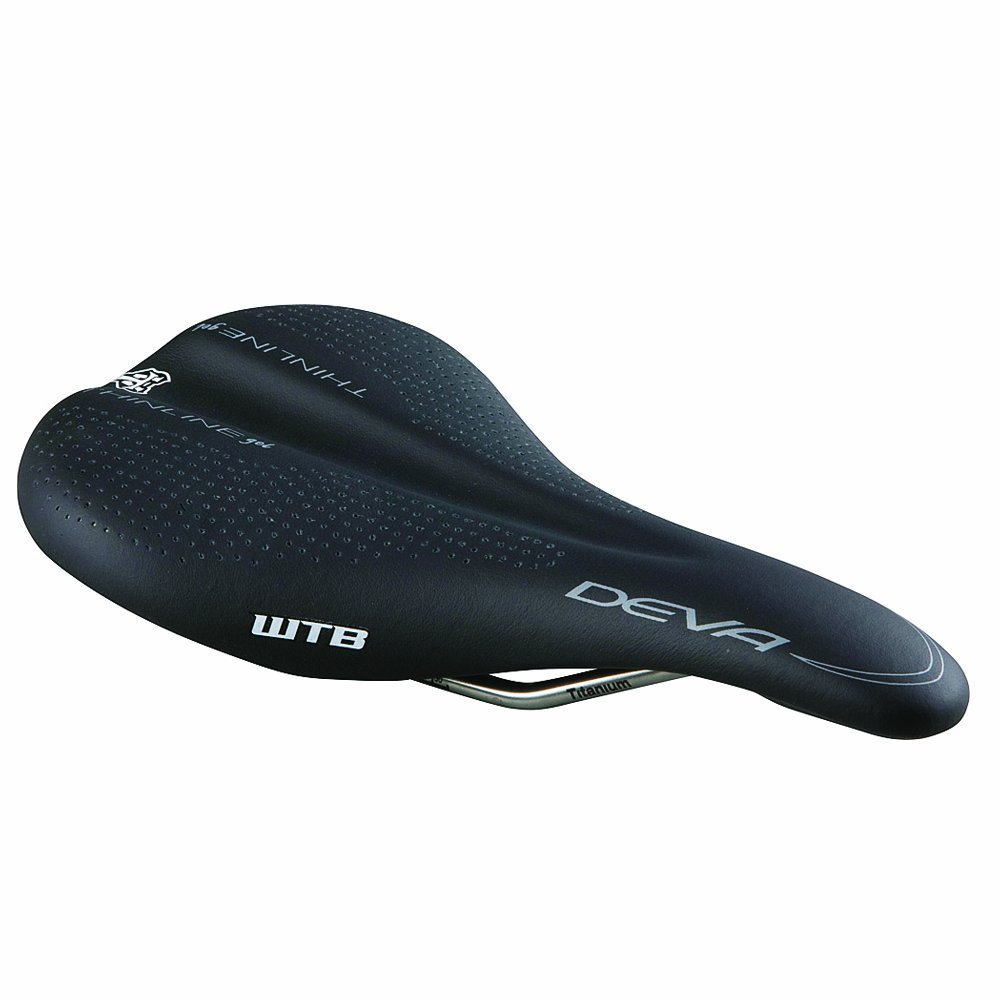 While not a women’s specific saddle the WTB Deva provides added width with gel inserts to aid in support in the right places. It does not
have a full cut out like some of the other saddles but rather a small recess to relieve pressure on sensitive areas.  $150 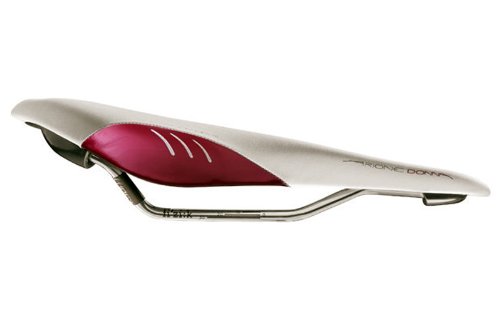 The female version of the Arione borrows technology from it’s highly sought out men’s specific saddle. The ladies-specific Donna K:ium Wingflex Women’s Saddle is Fizik’s answer to female riders who loved the shape of the men’s Arione, but wanted something that addressed their unique anatomical needs while still having the pro-level quality they could find in the men’s versions. The women’s model is slightly shorter and slightly wider at the rear to accommodate a woman’s wider sit bones.

This saddle also makes use of a high density foam padding and  pressure relief channel running the length of the saddle. The foam is somewhere between medium and firm to offer the right kind of support in the right places. The shell itself, like the men’s version, is made from nylon reinforced with carbon and it makes use of Wingflex technology. The Wingflex shell flexes downward in the critical area where the inner thighs contact the saddle allowing for more efficient, full-range movement while pedaling. Tipping the scale at less than 200 grams, the Donna K:ium Wingflex is in line with some of the lightest minimalist men’s saddles.  $160

Scientists have measured sit bone spacing for large populations. On average, the sit bones in men range in width, between 100mm – 140mm — give or take a few mm — and women’s range between 110mm – 150mm. The two averages show an overlap of 30mm between men and women’s average sit bone spacing. The small difference typically discredits the common perception that saddles require gender specificity. This overlap is is covered well with the Brooks saddle to sum things up . 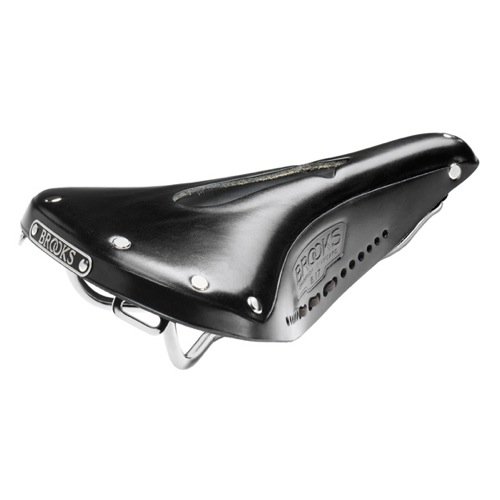 Brooks is synonymous with quality and they’ve been in the business of making handmade leather saddles for over 100 years. Brooks also has somewhat of a cult following. If you’re a product of the ’70s, your first bike may have come with a Brooks saddle.

The Brooks Imperial B17 features a hole in the middle of the saddle that’s designed to relieve perineal pressure for both men and women. Though some may think this is a new trend in bike saddles, Brooks was actually the first to use this design way back in the 1890’s — yea, it’s been around forever.

The Brooks Narrow Imperial may not be your cup of tea if you’re an occasional rider. The first thing you notice about a Brooks saddle is it’s rock hard.  Those who don’t ride much tend to sit harder in the seat, and much of the discomfort from a bike seat disappears after a few rides.

Despite the rigid texture, the Imperial saddle flexes and absorbs road bumps. And once the saddle is broken in — probably less than 500 miles, the leather conforms to your butt, and it becomes a custom saddle that’s individualized for every variation in your rear end. That’s why many long distance cyclists have made Brooks saddles a tradition.

Last but not least: If you want to turn heads with a women’s bike saddle, the B17 will add a touch of “old world” class to your agile road bike. The basic model starts at about $130.00. 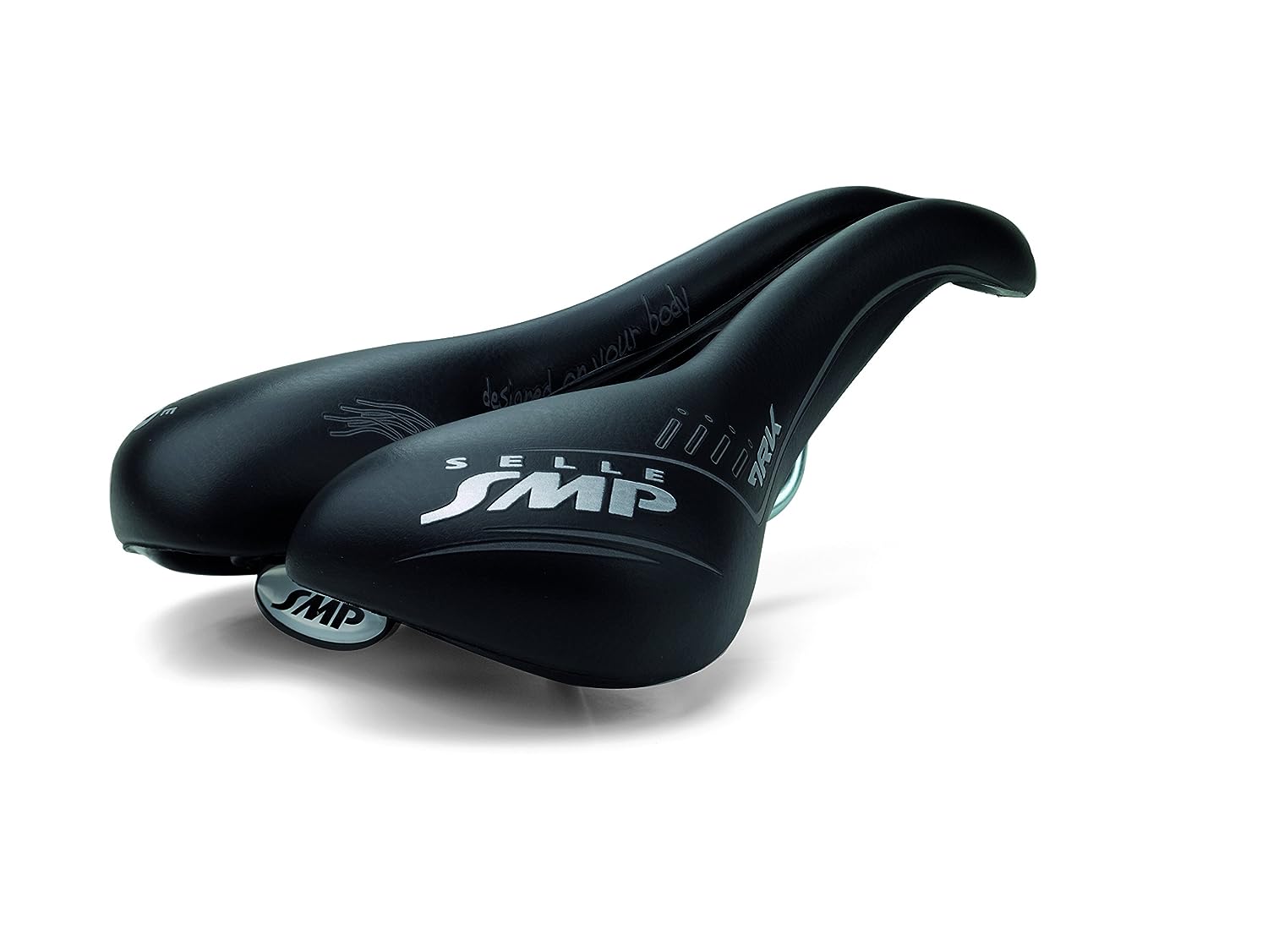 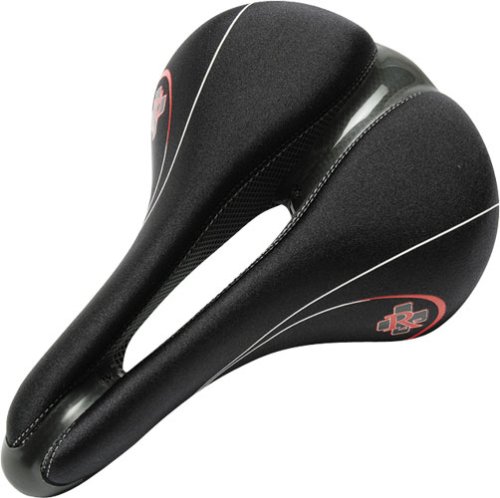 The Serfas Women’s RX Saddle is designed to increase blood flow and alleviate numbness with added padding and increased shock absorption. It also had a larger cutout than most saddles to relieve pressure and place it where it’s supposed to be, the sit bones.  $56