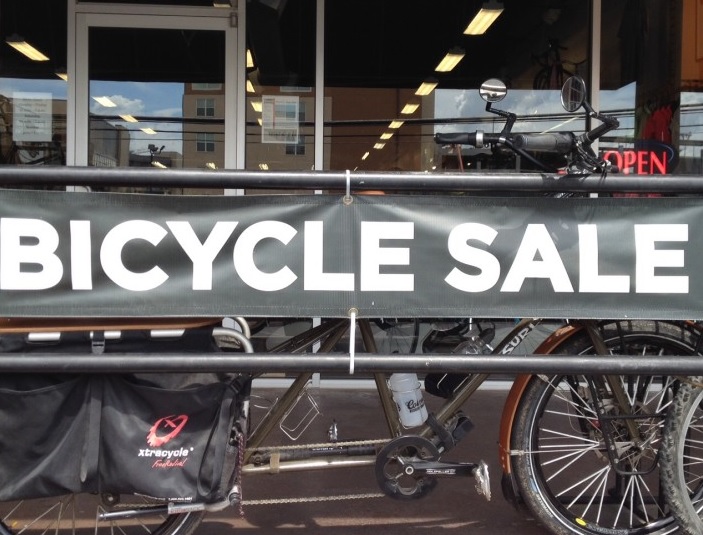 Selling anything can be a hassle particularly if it’s something of significant value like a bike. The best way to sell a bike depends upon the bike and how much time you are willing to invest into getting the price you want for it. Typically the higher priced the bike, the more time you will want to spend selling it and getting the most out of it. For lower end bikes, it’s not always worth the trouble to get every last penny out of it. These few resources are the best ways to sell your used bike. Selling anything does takes a bit of luck; finding the right buyer at the right time, but if you do the right things ahead of time, know what you’re looking for, and use the resource to its highest degree, your bike will be sold for the price you want before you know it.

To Do Before you Sell a Bike

There are a few ‘must do’ things before you sell your bike. First you need to know what sort of price you are looking to get out of it. BicycleBlueBook.com is a good resource that can give you a rough estimate of what your bike is worth. Only you however will know how well it was taken care of and what works great and what doesn’t.

Also, a must is to clean the bike thoroughly so it’s as new looking as possible. Everything from the frame to the chain should be spotless. Also make sure everything works as it should such as the shifting, the brakes, as well as making sure that nothing is too worn out such as the tires or drive chain. Depending on how much you are looking to get from the bike, it might be a good idea to replace these things as it will be much more likely to sell as the buyer won’t have to make any improvements after they have purchased it.

Now that your bike is spotless and as new looking as possible, it’s time to see who wants it for the price you’re looking for. The absolute best way to sell a bike is to a friend or someone you know because you don’t have to jump through the hoops of the other resources. Ask your riding buddies if they know anyone that is interested and if you’re on a local group ride, pass the info. along. Many local areas have a group email list where people can post about rides, races, and other cycling related content. If you are not doing it on a regular basis, it is generally not frowned upon to mention that you are selling a bike as it is valuable information.

Craigslist is often thought of as a place where lower end local goods are bought and sold. At least in the bike world this is not the case. In some areas you can find high end bikes worth thousands of dollars. That said, it’s also a great place for lower end bikes as they are not worth it to pay shipping on. The best thing with listing a bike on Craigslist is that the person can see the bike in person and test ride it. When people can do this they are much more likely to pay top dollar for the bike because they have seen the bike and know exactly what they are getting. When the buyer is removed online, this is difficult to do.

If you don’t want to deal with the hassle of meeting people and negotiating on a price, a local used gear shop or consignment store can be a great option to sell a bike. These tend to be located in areas that are bike and outdoor gear heavy but you never know what’s in your neck of the woods. It largely depends on the place but they could pay you on the spot for your bike of which they will then resell it. If they’re a consignment shop, they will keep and display your bike and when someone buys it, they take a cut and pay you the rest.

To avoid added fees online forums have become popular which connect buyers directly with sellers in an open platform. Two good examples of this is the Facebook Group – Online Swap Meet and BikeRadar.com’s Second Hand Bike Forum. When taking these avenues make sure you use a form of payment such as Paypal that offers buyer and seller protection. It is a small fee but well worth it.

There are still a classified sections in local newspapers but these have become relatively dated. They may be a good option to get the word out to sell a bike that’s cheaper but otherwise might not be worth the listing fee. Online classifieds have the added benefit of a large viewership base. These often come with fees but are generally well worth it especially if your bike sells. Two good examples of this are pinkbike.com and the classified section of roadbikereview.com.

To get the most value for your bike you should start at the top of this list and work your way down. Once you get here to ebay, more fees are taken off the top of what you sell your bike for. A large benefit to ebay is that it has a large number of viewers and that it can be used as an auction which can fetch you a higher price for your bike. ebay also has good buyer and seller protection which is definitely something you want when selling online.

‘Do It For You’ Online Companies

A last great option to sell a bike is to use a company that takes your bike and sells it for you. This is much less time consuming and less of a hassle. It depends on the company but typically you contact them with your bike and what you’re looking for and then ship the bike to them where they then make sure it is legit and what you say it is. They then sell it for you on ebay or another venue and pay you once the bike sells after taking a fee. Two good examples of these are theproscloset.com and protestedgear.com.

Trying to sell a bike isn’t always a one and done endeavor but with the right know-how it doesn’t have to be stressful nor a money losing proposition. After all you are probably selling your bike to upgrade to another so you want it to happen quickly and make you money to put toward your next purchase. In any of the ways listed here, make sure the buyer is credible and that they either give you cash on the spot if in person, or that you use a pay service such as Paypal. With the right approach you will sell your bike before you know it for the price you want.