Picture this: open roads, golden light, just you and your bike conquering a climb or ripping down a descent. Sounds pretty great, right? Early morning rides may seem daunting, especially if you tend to wake up with a snarl on your face, head foggy, reaching for the nearest cup of coffee. Mornings may not come naturally to all of us, but there are a lot of things that make grinning and bearing the early morning alarm worth it. Here are just 10 reasons to start early morning cycling. 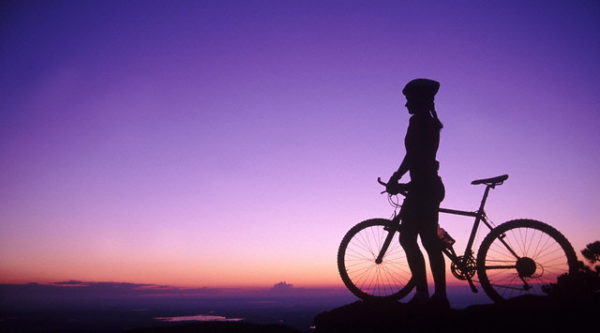 If you are a shiny-eyed unicorn of a person that feels alive at 5am, then why aren’t you already doing this? If morning is your prime time, then get on your bike and make the most of it. It’ll be easier for you then it will be for the rest of us.

You’re NOT a morning person.

Seems counterintuitive, but here we are. Mornings may hit some of us like a brick to the head, but that’s actually a great reason to embrace the early morning ride. There’s no better way to make mornings suck less then doing what you love to do most: ride your bike. The first few weeks may be rough, but stick to a schedule and you may just find yourself starting to look forward to those early mornings. 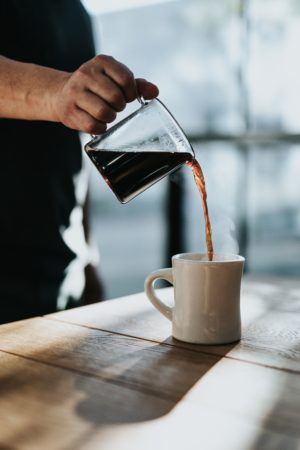 You’ve probably heard of magical endorphins. These little guys make us feel all sorts of great, and early morning workouts are known to get them going and give you that natural high (which is way better than coffee). Rather than relying on caffeine to do the trick, you will naturally get the blood pumping, waking you up and boosting your energy levels. Another bonus? You won’t experience the same crash that comes after caffeine, but you’ll find your mood and energy remain at higher levels for hours after your ride.

Less traffic means less stress out on your ride. The sense of isolation will allow you to enter a meditative state without the constant traffic noise or honking horns. You’ll also feel a lot safer with less cars on the road.

During the summer, riding in the heat can become almost unbearable. Early mornings are a great way to avoid the baking sun and heat stroke. Even if it’s still pretty warm, the sun will be less intense than it is later in the day.

Over 90% of people that exercise consistently get it done in the morning. It makes sense, as it’s the one time of day that will remain largely untouched by other scheduled events and obligations (it’s not likely you’ll have a meeting scheduled for 5am). If you put it off until later, there’s a large chance it simply won’t happen. 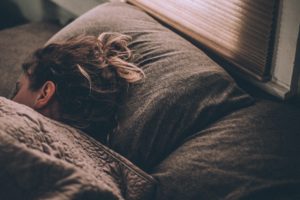 When you get out there and expose your body to those first few glimmers of morning sunshine, it can have an effect on your circadian rhythm (the internal cycle that governs sleep). Exercise combined with morning light can actually help you kick sleeping disorders such as insomnia. Getting up early will also help you reset your internal clock, making you more ready for sleep earlier at night.

If you’re cycling to lose weight, the morning should be your time. Get out there before having breakfast, and you will have the added benefit of fasted cycling, which helps your body burn more of its fat stores. It also elevates your metabolism rate for the rest of the day, helping you continue to burn calories through the rest of the day. Keep in mind these should be shorter rides, as your body will not have the fuel for a long jaunt.

Sunsets are one thing, but sunrises are arguably more beautiful. Those first few rays of golden light are a sight to behold, and will do wonders for your mood for the rest of the day.

Set the tone for your day 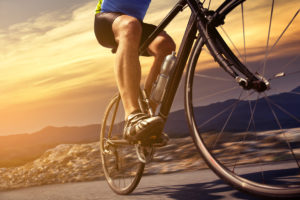 Have you ever noticed that if you start your day off with good decisions, those carry through into the rest of your day? We won’t go into the science, but making those first few disciplined decisions can make the rest of the decisions throughout your day easier. Getting your exercise done first thing can make eating healthy easier for the rest of the day, because the hardest part is already done. It’s a domino effect, and pretty soon you’ll feel like you can conquer just about anything!

Are you convinced to give it a try? Check out “How to get the best morning ride in” on how to plan for those first few early mornings!