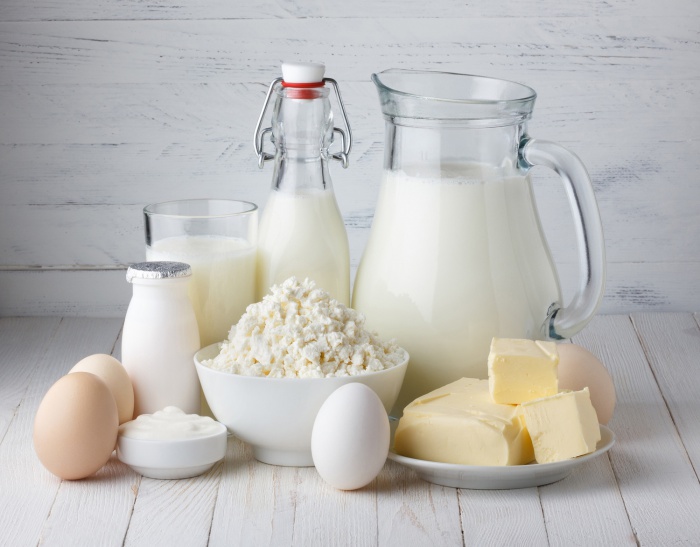 There’s not doubt whatsoever — and science will back this up — that milk is the gold standard of nutrition…for a calf. If you research the information provided by the National Dairy Council, dairy products are promoted as one of the pinnacles of sports nutrition. However dairy and cycling doesn’t necessarily always play together well. Look at nature as an example; humans are the only species that actually go back to drinking milk after being weaned off.

The reason for the controversy around dairy and cycling centers around profit. The pricey cost of dairy products make it lucrative for manufacturers. Gold medal cyclist Kristin Armstrong, former spokesperson for chocolate milk, (more on this later) is a perfect example of the dairy industry using a cycling superstar to promote dairy products.

But lets not be overly harsh on them either, dairy products can be very important to your health. They are a good delivery systems for foods such as yogurt, flavored drinks, spreads, and a wide range of other products that contain compounds and nutrients that are essential to good health and performance. Protein is a prime example of one of the benefits of milk.

Questions From the FTC

The Federal Trade Commission took claims that milk was the gold standard of nutrition to the USDA (United States Department of Agriculture) , to look into the scientific basis of the claims made in those goofy “milk mustache” advertisements. The outcome flies in the face of milk. Mark Hyman MD., has published a variety of reasons why milk may not be the perfect food.

“Dairy may cause numerous allergy-based infections ranging from ear infections, to respiratory, to gastrointestinal and skin symptoms. Anyone who suffers from these is recommended to have a strict 2-3 month dairy free period to see if symptoms ease.” Says Dr Michael Greger.

Dr. Benjamin Spock, probably the most respected pediatrician of all time, takes it a step further and recommends a life-long elimination of cow’s milk.

Some scientists agree that it’s better for us to get calcium, probably the most touted benefit of milk, from other food sources. Calcium, potassium, protein and fats, also in milk, are readily available in whole plant foods — vegetables, fruits, beans, whole grains, nuts, seeds, and even seaweed if you like sushi.

Then there’s the lactose intolerant issue with dairy and cycling. The majority of humans naturally stop producing significant amounts of lactase, the enzyme needed to properly metabolize lactose, the sugar in milk, sometime between the ages of two and five. Most mammals stop producing the enzymes needed to properly digest and metabolize milk after they have been weaned. Dairy causes digestive problems for about 75 percent of the population.

Constipation (this one is tricky for cyclists) with dairy and cycling is controversial and it can be a problem. According to pediatric testing, milk can cause constipation. And it’s a well known fact that cheese causes constipation.

A study done in 2005 — these are really dated — published in the Journal of the American College of Nutrition, researchers were unable to detect any measurable mucus increase. Dr. James Steckelberg is a consultant in the Division of Infectious Diseases and a professor of medicine at the Mayo Medical School. He has this to say about mucus: “Although drinking milk may make phlegm (mucus) thicker and more irritating to your throat than it would normally be, milk doesn’t cause your body to make more phlegm. In fact, frozen dairy products can soothe a sore throat and provide calories when you otherwise may not eat.”

What This All Means

If you’re considering dairy and cycling as part of your regimen, it boils down to personal choice. But dairy is not a secret weapon. You can perform at your highest levels without it. The nutrients dairy provides can readily be obtained from other sources. On the other hand, unless you have a reason to avoid dairy products, it is worth considering the benefits of dairy. Dairy can make a contribution to your energy and nutrition goals and your post ride recovery.  As an added plus, dairy products are delicious and what would life be without them.